SO here’s the big news from PS Audio – the “revolutionary” DirectStream DAC which, whether you input PCM or DSD signals into it, outputs DSD. All digital signals input to the DirectStream are converted to pure one-bit DSD, allowing billions of CDs and high-resolution downloads worldwide to “gain new life, and be saved from obsolescence” (not our words).

The DirectStream is a culmination of PS Audio lead designer Ted Smith’s long-drawn obsession with DSD. There is an ongoing battle between PCM (part of the Red Book CD standard) and DSD proponents, who argue that the standard was compromise and flawed. Smith has been working on this for more than a decade. 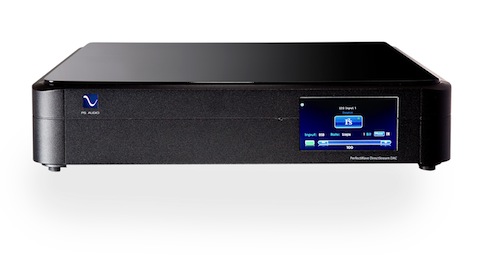 The PCM decoding process, detractors say, veils subtleties and nuances in the music that not even the most advanced PCM-based DAC can recover. PS Audio claims, thus, that all DACs in the market are “broken”, because of this missing musical information. Still, that information is there in the recordings, and PS Audio’s completely new processing method supposedly executes this recovery of information the proper way.

The DirectStream uses an “an elegantly-simple path” (see diagram below) that allows the PCM feed to become more linear and less edgy, while releasing never-before-heard musical details from all digital audio recordings. 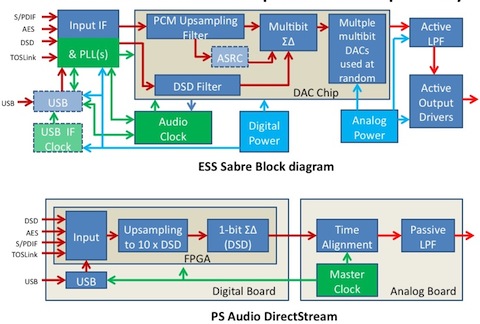 The DirectStream DAC, which has five digital inputs (including USB), will begin shipping in April, at a suggested retail price of US$5,995. And here’s the best news – your PerfectWave DAC can be converted to the DirectStream standard by PS Audio. Check with your dealer.