I HAVE always had an affinity for smaller-form transducers – for both practical and sonic reasons. For starters, they’re much easier to handle and easier to site at the right place. They may not have as much bass as floorstanders, but they tend to image better and exhibit better control. It also helps that they are easier on the wallet and present a gentler upgrade path – just add a subwoofer for more bass when funds allow.

The SVS Ultra Bookshelf speaker is an interesting beast. The company may be better known for its subwoofers, but this Ultra range (home theatre-ready with centre, surrounds, and towers) represents its take on the high-end – at the lowest possible cost.

It was somewhat opportune that the Ultras arrived in the midst of evaluating the XTZ 99.26 MkII, giving me another point of reference. The price points and the tweeter configurations were different (the XTZs use ribbon drivers and are pricier), but they had similarities in dimension, weight and even the (piano black) finish. 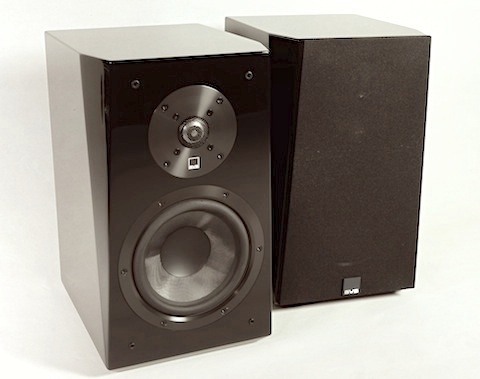 BITS AND PARTS: A speaker’s heft is always the first indication of its potential quality, and the Ultras tick all the right boxes. The cabinet is solidly made, with dimensions of 37.8 x 21.6 x 25.4 cm (h/w/d) and weighing 8.6kg.

The piano black finish is exquisite, but unfortunately, the fingerprint magnet you’d expect it to be. It is not typically box-shaped and has non-parallel cabinet walls (according to the product literature), with a front baffle that is wedge-like – imagine a slice  taken off each of the top corners tapering out to the bottom corners.

A two-way design, the Ultra has a one-inch aluminium dome tweeter and 6.5-inch glass-fibre cone mid/bass drivers pumping out the sounds. This gives it a bandwidth of 45Hz to 32kHz and a sensitivity of 87dB with a nominal impedance of eight ohms.

The back panel features a bass port and two pairs of sturdy gold-plated bindings posts. However, I wasn’t too happy with the fact they were angled upwards. When mounted on stands, attached cables are forced to bend at a distressing-looking angle, which may physically stress heavy, stiff cables. The weight of the cable could potentially force a better connection with the speaker terminals holding it up, but I would have preferred these oriented horizontally. 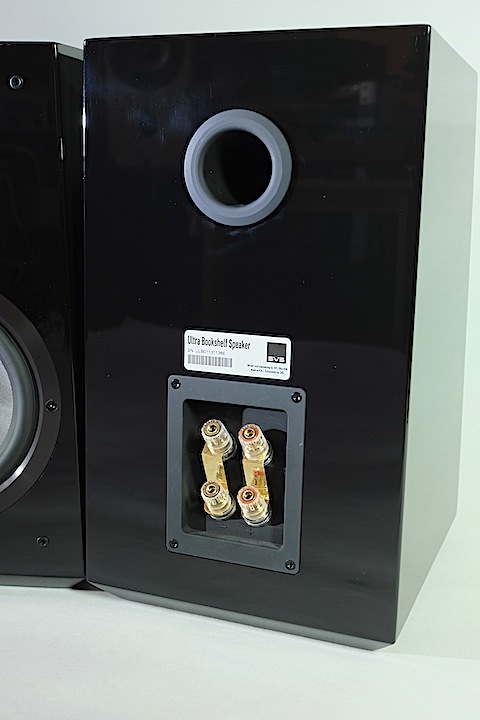 IN CONCERT: The Ultras spent two weeks in residence as a sonic slave to the living room TV system, driven by the Marantz integrated with a satellite decoder and AV media player as sources. In this set-up, the home theatre pedigree was obvious. The speakers brought out spoken human voices clearly and the occasional explosion or two was brought to the fore with dynamic presence.

When moved into the listening room, the Ultras segued into music mode without a fuss. The move coincided with the arrival of an Internet-purchased Nirvana’s 20th anniversary, 45rpm, LP reissue of In Utero. What followed soon after was a visceral flashback to my college days. It helps that this is an amazing-sounding remaster, but this was the most enjoyable listen I’ve ever had of the album. There was great heft and presence to the bass guitar and drums, while the late Kurt Cobain snarled and spat out the lyrics accompanied by searing guitar. I had so much fun that before I knew it, I had gone through all four sides of the LP!

The Ultras are generally neutral-sounding and adept all genres of music, although I felt rock brought out the best in them. Compared to the XTZs they replaced, the treble wasn’t as refined, though it produced similar levels of detail. There was also a little less midrange presence, where the vocals reside, but the Ultras produced similarly taut, deep bass. In fact, they shared many similarities with the XTZs – but the extra refinement there comes at a price! 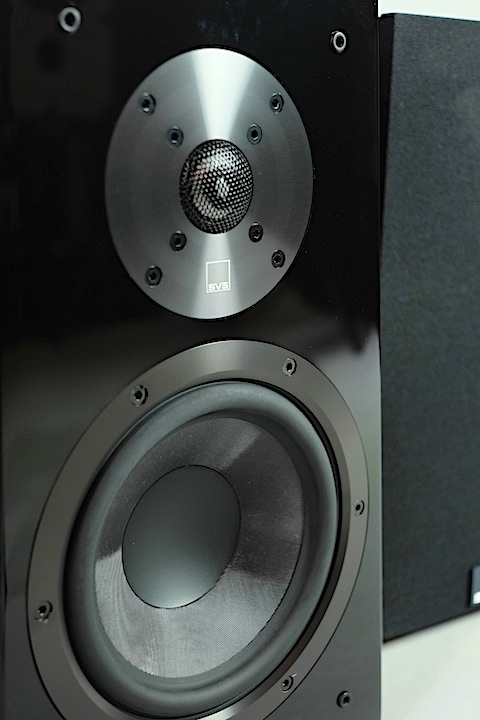 Comparisons aside, the Ultras are sterling performers in their own right. There was ample bass on tap – a more-than-respectable amount considering the speakers’ size. Not the absolute lows, but there was such speed, presence and finesse that I was perfectly happy listening to the Ultras without a subwoofer.

The Ultras also had very open and rich midrange, and singing voices were well-articulated. Treble was presented with excellent clarity and detail, and I liked how they presented the edginess of cymbal strikes. However, I felt that they verged on the edge of hardness, and could tip over if pushed really hard. Rest assured, if listening at reasonable sound levels, this should not be a concern.

The most impressive bit about the Ultras were how well they imaged and how the soundstage was portrayed. The sonic had width, height and depth, and imaging was pinpoint. Take a bit of time to find the best balance between tonality and soundstaging/imaging – the results will be worth it! 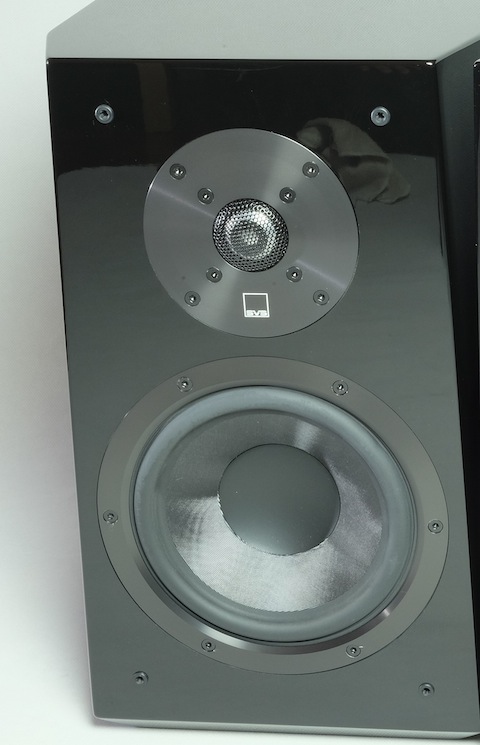 APPLAUSE: The SVS Ultra bookshelf speakers are well-built, look slick and most importantly, sound great. They’re also flexible – and good – enough to fulfill expectations of demanding audio as well as AV enthusiasts. The fact that they cost just under a grand a pair is quite amazing.

BUT…: While the Ultras will work with lower-powered amps, these will struggle if you want to crank up the volume. And aside from the minor point about the speaker terminal orientation, there’s really little to criticise.

FINALE: So are the Ultras true high-end loudspeakers? The answer is a qualified yes. They tick all the boxes in an audiophile’s checklist, save maybe for those seeking truly deep bass – and SVS will definitely have a subwoofer in its catalogue that can fill that void. A great performer that is highly competent, the speakers not only offer great musical satisfaction, but can form the mainstay of a home theatre system as well. A great effort from SVS… recommended.