Q Acoustics has built an impressive reputation as a maker of affordable speakers during its relatively short lifespan. Having gained recognition among the traditional hi-fi and home theatre crowd, its foray into the lifestyle audio market will make a few waves, if its BT3 wireless speakers are anything to go by.

The BT3s look like any traditional stereo pair of transducers, but are decked with modern digital technology. With active amplification on board, you only have to add audio sources – with traditional cabling or wirelessly via Bluetooth technology – and you’re good to go! 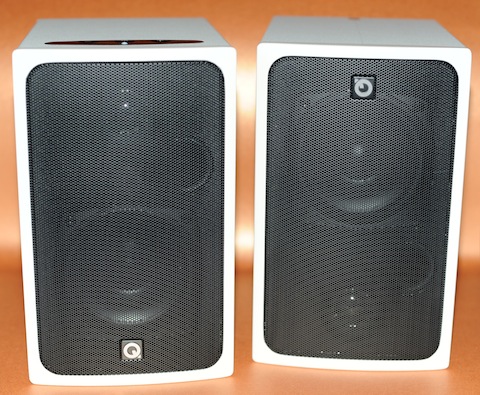 BITS AND PARTS: Q Acoustics states, on its website, that the “best way to experience” the BT3s is to use them as an audio system to accompany the television – in other words, they perform the role a soundbar normally would. Their small size also allows them to function as desktop speakers for a computer, and Bluetooth connectivity means they can be used with basically any modern smartphone and tablet.

The BT3s are shaped like conventional speakers, and at a glance, give no hint to what else they can also do. They are compactly-sized, measuring 240 x 148 x 208mm (h/w/d) and drivers used are a 100mm mid/bass unit and 25mm silk dome tweeter. The right channel speaker, however, which houses the electronics, is slightly heavier at 3.8kg compared with the left’s 3.4kg.

The BT3s are very well-built and impressively inert, with the good old knuckle rap test producing nothing more than a dull, non-resonant thud. They don’t look half bad either – a minimalist design, with the colour providing the “pimp” factor. The review sample came in Urban White, but Jet Black and Juice Red guises are available, too. 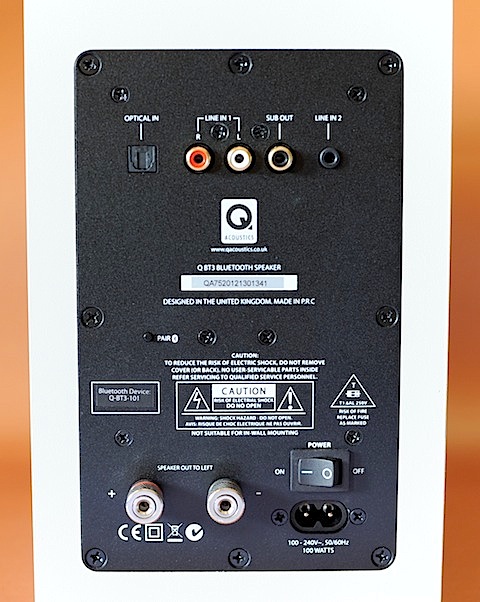 The left channel speaker, for all means and purposes, is just like any other conventional passive unit. The right, however, has quite a bit more. The top panel features volume control and a power on/off button which also doubles up as a source selector button.

The back panel is much busier, and houses all the input jacks, namely one optical digital/Toslink, one analogue RCA stereo pair and a 3.5mm mini-jack input. It also has a subwoofer output, voltage selector, power switch and a J-plug power input. There’s a pair of speaker binding posts there, but this connects to and powers the left channel speaker.

Unseen, under the hood, is a 50W (presumably Class D digital) amplifier, as well as Bluetooth V4.0 capabilities incorporating aptX (a digital audio data compression system). Since it accepts an optical digital signal, it’s safe to assume there’s some manner of digital-to-analogue converter in there as well.

Also included in the box are a credit-card sized remote control and cables (save for optical digital) to connect everything together. 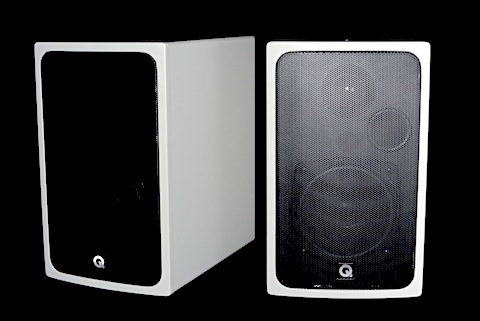 IN CONCERT: Setting up the BT3s is a straightforward proposition. With no amplifier to worry about, the only concern is connecting to the mains power source and hooking up the sources. Oh, speaker stands are required to bring the pair up to the appropriate height.

Connecting via Bluetooth is as easy – simply power the speaker on, pair with whatever device being used and there is… music! It allows up to eight paired devices, so alternating between tablet and smartphone (or more) is not likely to be an issue.

However, the first speed-bump appeared when attempting to connect both the satellite decoder (which does not have an optical digital output) and the AV media player (which was out of reach of the BT3’s optical input with my 1m cable) simultaneously using analogue RCA stereo and mini-jack connections. Unfortunately, the BT3 only allows one analogue connection at any one time – and will select the mini-jack connection as long as it is plugged in, even if the device is off! The ability to assign speaker channels for the BT3 would have been welcome here.

After some moving around of devices, I allowed the BT3s to have a proper run-in as they sounded thin and harsh with anaemic bass fresh out of the box.

They spent most of their evaluation time doing AV duties, and at no time did they disappoint. Dialogue was clear and easily discernible, even within the busiest of action sequences, which is of utmost importance in this role. Effect steering was impressive, given the two-channel playback, with sounds seemingly coming from beyond the speakers with centre channel effects distinctly locked to the middle. 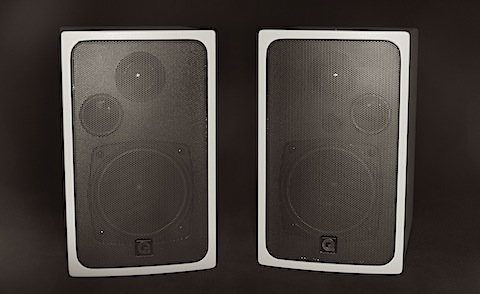 Bass was not ground-shaking, but surprisingly hefty given the speakers’ size, it was dynamic, fast and never out of control. The BT3s were also capable of impressive volumes – the opening sequence from The Hobbit, which has narration and explosive effects, was delivered impeccably. There are limits to how loud they will go, but there should be no problem filling the average living room.

The BT3s fared equally well with music, though they sounded its best with a hard-wired connection. Via Bluetooth, there was some shedding of detail and air around the instruments, but still sounded pleasing to the ear. They fared very well with MP3s, and were somewhat forgiving of the less-than-ideal source material, yet did not gloss over whatever transparency was left in the data.

Switching over to a high-resolution source, naturally, brought out the best in the BT3s. There is an overall lushness to the sound that draws the listener in – a slight bump to the midrange and a slight rounding of the treble – but not sluggish in any sense. In fact, the speakers were able to sound good with almost any music I threw at them – from driving rock music to expansive orchestral music.

Balance and coherence are the words that constantly pop into mind here. They may not be the most detailed, have the biggest bass or the widest soundstage and pinpoint imaging, but there is a relaxed, non-fatiguing nature to the sonic that gets more things right than wrong. 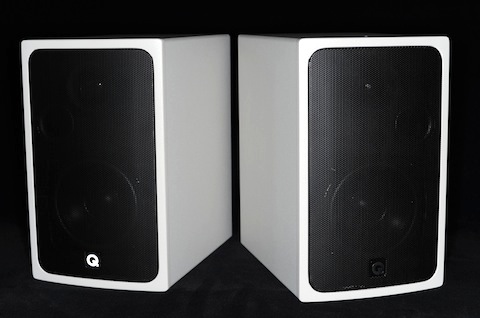 APPLAUSE: On strength of versatility alone, the BT3 is a great product. It may not have surround-sound capabilities nor the big booming bass of a traditional home theatre system, but few will match the level of finesse the BT3s impart.

BUT…: Its audio channels are fixed and cannot be reversed, and there’s the inability to connect more than one analogue source at any one time. Would also have liked an electrical digital input in addition to the optical input. Also, its Bluetooth source (using aptX, which claims to give CD-quality) loses some refinement compared with a hard-wired connection. They could have used aptX lossless, but that may have driven up the price a fair bit.

FINALE: The Q Acoustics BT3 speakers are extremely versatile and are great performers. Whether used for AV purposes, providing audio from a computer or an outlet for mobile device audio, the sonic benefits are evident. Even when compared with a traditional stereo set-up comprising an amplifier and speaker pair, you’ll be hard-pressed to assemble a system that gives like performance at a similar asking price – and you probably won’t get Bluetooth connectivity. Well worth looking into, that’s for sure.