McIntosh McAire – the ‘i’ life

DESCRIBING the impact of the iPod (and its siblings, the iPhone, iPad and iTouch) on the 21s century as significant would be putting it mildly. When high-end hi-fi brands began offering “i”-specific products some years ago, you realised just how influential Apple was in changing the way we stored and listened to music.

McIntosh Labs, that venerable all-American outfit, took its first step into the “i” realm with this product, the McAire integrated audio system, less than two years ago. It is dedicated to iDevices, wirelessly and via cable, but is not strictly a one-trick pony, as you will see.

BITS AND PARTS: The main attraction, in terms of features, is the built-in AirPlay that lets you stream music, via your home Wi-Fi network, from your Mac or Windows PC (using iTunes, of course), and various iDevices like the iPad, iPhone or iTouch. You will need a compatible version of the iPhone or iPad to set the McAire up for your home network. A screw-in antennae is provided to receive Wi-Fi signals.

Apart from this, the non-Wi-Fi iPod Classic (and other iDevices in this category) can be hooked up and charged via the traditional Apple 30-pin USB cable. A pair of RCA inputs at the rear lets you connect any other audio source to the McAire. A remote handset is provided. The two knobs in front are for volume control and source (RCA, USB and network)

On the hardware side, this one-piece unit includes two four-inch woofers, two two-inch inverted-dome midrange drivers and two 3/4-inch soft-dome tweeter – the grilles covering each speaker baffle can be removed (the attachment is magnetic), as you can see from the photo. The speaker section is ported at the rear, and there’s a vent on the underside of the unit. The frequency range covers 60Hz to 45kHz, with crossover points set at 250Hz and 4,500kHz. McIntosh is silent on the type of amplification provided or wattage.

The whole enclosure in finished in high-gloss black (sorry, no white option), with black-knit cloth on the grilles. Each unit measures 492 x 203 x 432mm (w/h/d) and weighs 14kg.

Not every iDevice is catered to via USB or AirPlay… some of the older ones are omitted. What you need to get the McAire going to its full connectivity capabilities is a relatively new or current iDevice with wireless capabilities – this lets you set up the McAire for your home network, and then stream from your music library. As for the iPod Classic, you can go through the USB cable, similarly with iPod nano (fifth and six generations). All iPad versions are via AirPlay, while iPhone (3GS onwards) and iTouch (3rd/4th ten) can use either route. If you have older iDevices, connection has to be the dock-RCA route.

A note – placement is important for the McAire. Don’t block the rear port or underside vent, and make sure to place it on at least a waist-level shelf. Too close to the floor and the McAire seems to lose some of its sparkle. 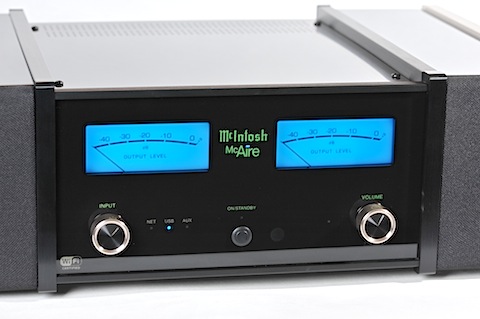 IN CONCERT: My sessions were mostly with an iPod Classic hooked up via the USB cable – the player contains tunes import at RedBook standard. First impressions – wow! The McAire sounded so clean, clear and powerful, I kept checking to make sure I hadn’t inadvertently powered up my main system!

Longer listening sessions put things in better context, but never far from the first impression – bass was limited but no less than what you’d hear from a compact monitor. In fact, I’ve heard small speakers that sounded less capable in this department. The McAire’s bass was tight, clean and well controlled – what it lacked in quantity (and mind you, it has a tinier woofer than you’d find in an average compact hi-fi speaker), it more than made up for in quality.

If you’re into jazz, acoustic and folk music, you’ll extract maximum enjoyment from this system, although it doesn’t fare too badly with other genres – but it’s not for deep bass or high volume freaks. Where it breathes easily and shines is upwards from the mid-bass and well into the high frequencies.

What also surprised me was how “big” the McAire sounded – it was sited atop a two-foot rack close to the room corner. The clarity from the McAire, via the iPod, was startling, and the resolution, streets ahead of what you’d expect of a lifestyle-type system. Then again, it’s a McIntosh and it does cost a lot!

When I hooked up my older iPod (Gen 5) to the McAire via a Pro-Ject Audio dock and the RCA input, it was immediately obvious that the system was very revealing. This iPod is loaded with MP3 tracks, and while the sound was generally acceptable via my in-car system, the McAire showed up the shortcomings in resolution. 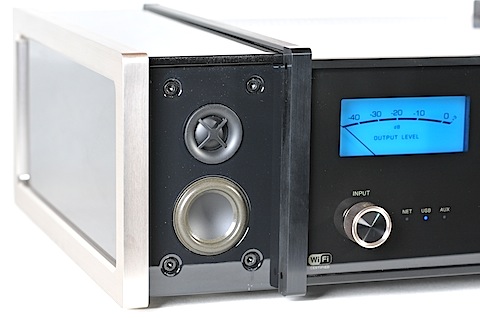 APPLAUSE: If you’ve invested heavily in iDevices, few audio systems let your music breathe as freely and easily as the McAire. Plus, it takes up minimal space. Audiophiles looking for a secondary compact system will be tempted to look at the McAire

BUT…: Perhaps too Apple-centric for wider acceptance, and certainly not for bass-and-drum or dance freaks who demand volume and volume.

FINALE: I won’t put this in too many words – I loved the McAire, even if I couldn’t test the whole range of its capabilities. But if I could afford it, I certainly would build a system of sources around it. Highly recommended for iDevice users. 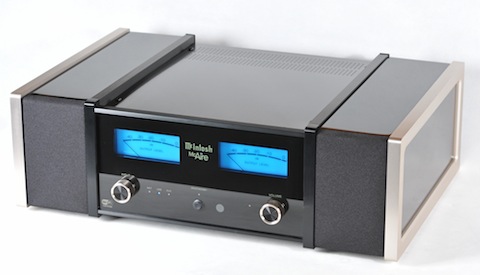