GoldenEar Aon 2 – how pure the ribbons

THE GoldenEar Technologies Aon 3 standmount loudspeakers were reviewed here earlier this year and before it was sent out to the reviewer, I did get a couple of days with it. Highly impressed, I wasn’t. Maybe it wasn’t run-in fully, maybe it was just me. However, I curious about its smaller sibling, the Aon 2. Let me explain.

Years ago, I reviewed an entry-level compact speaker from a new UK manufacturer and raved about it… it had limited bass but it was the best compact speaker I’d heard for the money. Later, a bigger version came by, and I thought it would be perfect… but no. More bass, yes, but some of the midrange magic of the smaller unit was overwhelmed by the increased bass output.

Thus, I was eager to give the Aon 2 a shot – perhaps there would be the same magic here… 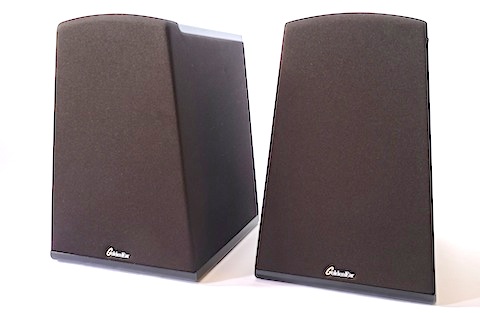 BITS AND PARTS: Standing just a foot tall, this bookshelf monitor is a true compact… yet, within its truncated pyramid-shaped cabinet are mounted a six-inch mid-bass driver and two 6.5-inch low-frequency radiators (at each side).

The highlight, of course, is GoldenEar’s folded tweeter ribbon, which was developed for the costlier Triton range.

We’re told that both the Aon models were developed originally for use as nearfield monitors in studio mixing applications, which means accuracy and definition ranked high on the list of design briefs.

The whole cabinet is covered in a cloth grille, with only the top and bottom visible – these black end-caps are finished in piano gloss to add a touch of class.

The Aon 2 has a frequency response of 42Hz to 35kHz, efficiency of 89dB and nominal impedance of eight ohms. Each cabinet measures 203 x 254 x 305mm (w/d/h) and the unit weights 5.5kg. Oh, and just a single pair of terminals are provided. 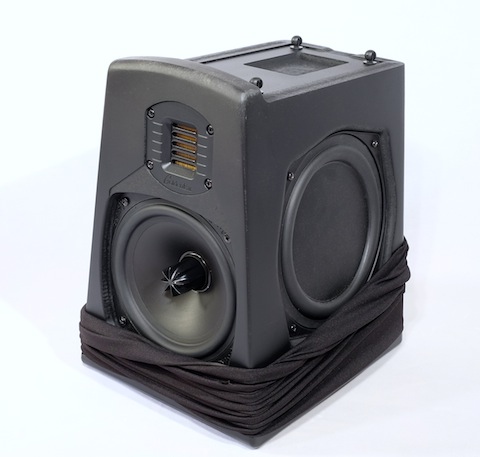 IN CONCERT: My immediate reaction on first listen was how much cleaner and airier the Aon 2 sounded compared with a couple of resident standmounts – there was not the slightest suggestion of muddying from the lower frequencies. Then, of course, there’s no deep bass to be had here, but the upper bass region is tight, punchy and smoothly integrated into the mix.

Over the weeks, it was obvious that the Aon 2’s strength was in the area of imaging – set up on 24-inch stands, toed-in slightly, the pair created a holographic stage, with seemingly no cabinet getting in the way. Sited at the sweet spot for “audiophile” listening, I heard vocals that projected perfectly within the mix, with the instruments forming a seamless backdrop, and with ample spatial information. Spinning a couple of acoustic jazz CDs, I was impressed by ambience conveyed by the speakers – they can be very intimate in the right setting.

Ribbons tweeters have been associated with a certain “brightness” but the Aon 2 showed no sign of this – instead, the treble was crystal-clear and open, presenting every detail in the recording sans addition or omission. Warm, not, neutral yes, but without leaving the listener emotionally detached. There’s a level of refinement and resolution in the highs and midrange that you would expect to pay more for usually. 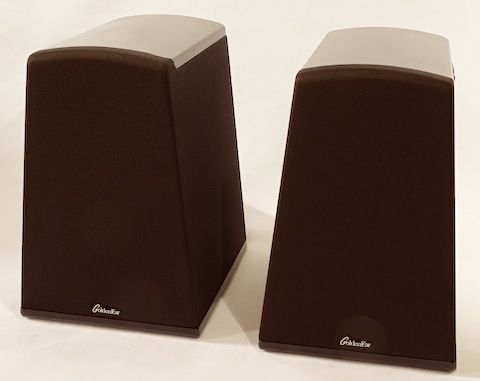 Despite the largish mid-bass driver and bass radiators, there’s only so much one can do with low-frequency delivery from a small cabinet. Importantly, though, whatever bass is there, integrates seamlessly with the big picture.

I placed the speakers further out in the open than would be recommended, about four feet, so there was a trade-off… yet, this allowed the Aon 2 to created a deeper and more three-dimensional stage.

Ideally, the Aon 2 would work in smaller spaces close to the rear wall, for increased bass output… but even in the position I sited the speakers, with some old-school rock blasting loud, they didn’t show much sign of being taxed. It was only with tracks containing deep bass that the Aon 2 sounded constricted. 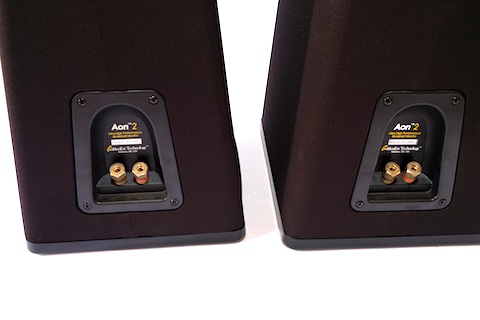 APPLAUSE: There’s really very little not to like about these little fellas… they’ve a firm grasp of the visceral qualities of the music, and yet present a sonic image that is unrestrained, crystal-clear and well detailed. The small footprint means they don’t impose on the user’s living space.

BUT…: If bass is of the utmost importance to you and you listen to a lot of heavy rock, maybe these are not the speakers for you.

FINALE: I found the GoldenEar Aon 2 to be a well-rounded and presented speaker, despite the low-end limitations – it sounds “purer” than its bigger sibling in the context of imaging and balance, and there’s a seamlessness to its overall presentation that is captivating. Recommended, but read the context.