SO there I was, outside Osaka Station City, looking up at the sky after spending the previous night watching TV reports on the damage the fast-approaching Typhoon Vongfong had wrought in Okinawa, wondering whether to chance it to take a train ride to the outskirts of Osaka to attend a concert of some of the best young classical musicians who were there to take part in the 15th Osaka International Music Competition.

I had never experienced a typhoon first-hand before and I wasn’t particularly looking out to make this my first experience. After some checks with some friendly locals, I was told all trains would be suspended by mid-afternoon.

Wandering aimlessly around one giant mutha of a train station, surrounded by high-end shopping malls and hotels, I walked by chance into the Grand Front Osaka complex and meandered into the Panasonic Centre there, knowing I had some time to kill before the wind and rain got to the point where it would no longer be smart not to be indoors in the budget hotel I had booked into a few hundred metres away (no, not a “love hotel” – too expensive!).

I was rather surprised by what I saw – a display of classic Technics hi-fi components dating as far back as from 1968. Having only an Apple Ipad Mini in hand, below are the best pictures I was able to snap of these milestone components for the brand through their protective glass displays. 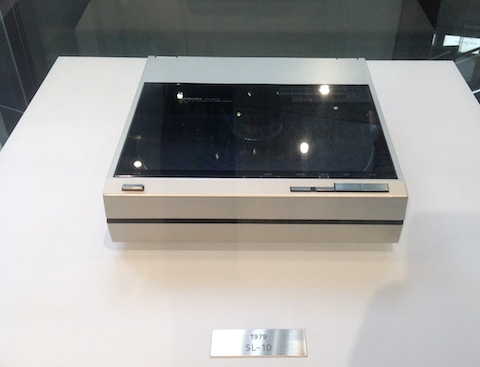 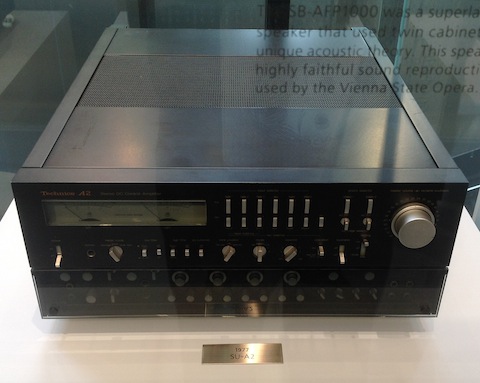 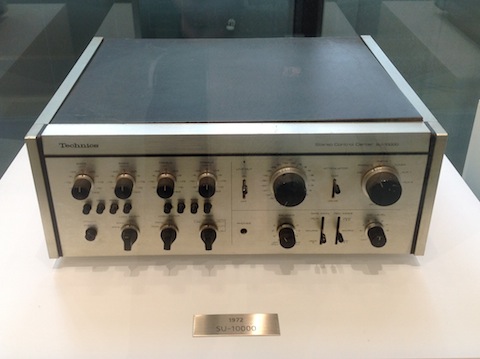 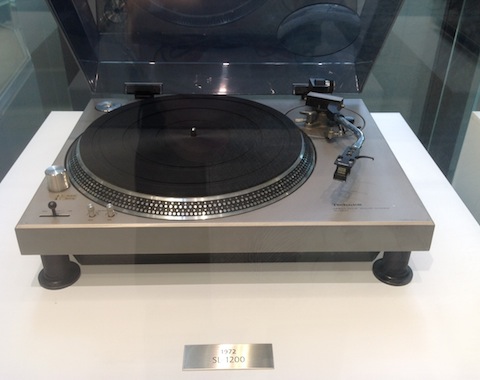 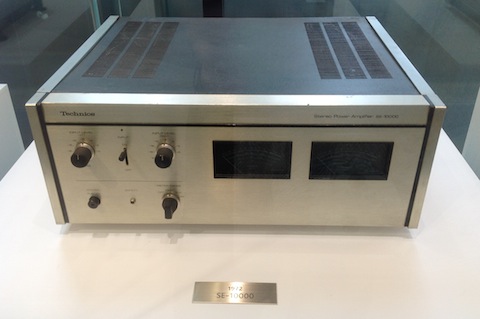 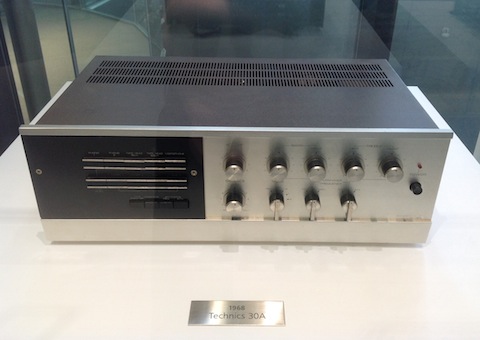 I was rather amused when I saw the headphones demonstration stand, where visitors were invited to listen to the apparent superiority of high-resolution digital music against the same track played at the CD standard of 16bit/44.1khz. We’ve certainly come a long way since the days of “perfect sound forever. 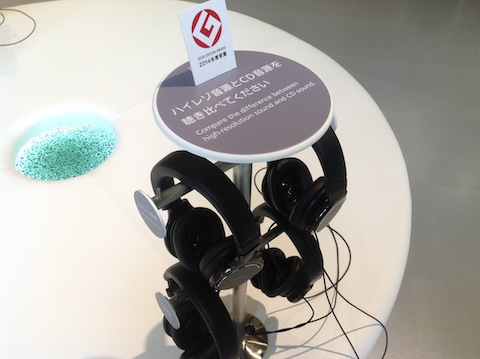 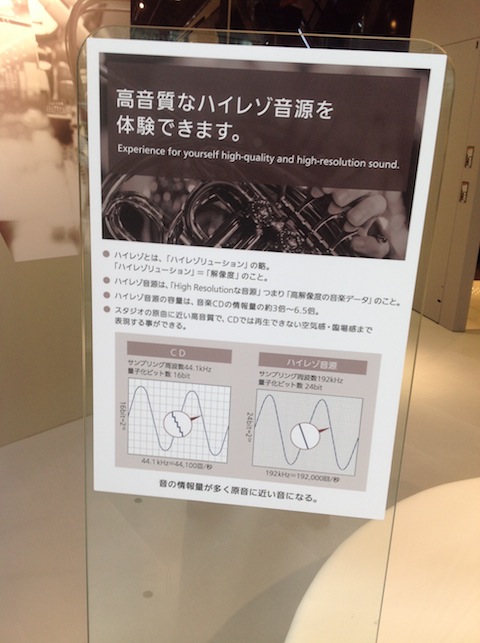 The high-res results were so clearly superior, even through the headphones, that I wondered if best efforts were used in the downsampling of the tracks to the CD standard (I assume, of course, that was how the two different versions were arrived at). Certainly, there have been other demos where I was more hard-=pressed to tell the difference between a high-res file and its CD standard equivalent.

Then, I saw something which surprised me even more. On the video display was a programme on how Panasonic came to launch its first new serious high-end hi-fi products in many years. And this was not merely “budget high-end” but big-ticket two-channel audio high end – the yen prices approached four million in total for the Reference Class R1 system. 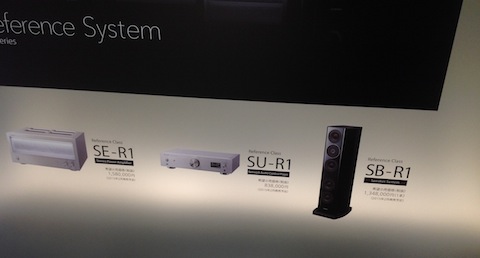 The project, to “rediscover music” was led by a lady engineer, Michiko Ogawa, who is a jazz pianist-singer of some repute, so Panasonic are not taking this as some big shot director’s side project.

But none of the components were anywhere in sight. I then spied a room which one needed an appointment to enter and sure enough, the components were there. As I had no idea how to make a booking (this had to be done via the Panasonic website, which was all in Japanese), I begged the nice lady manning the visitors’ information booth to let me sit in on the upcoming noon to 1pm session. It took a bit of wrangling but I finally got in as the persons who had booked the session apparently did not show. So, I was treated to about 20 plus minutes of Technics’ finest that day. 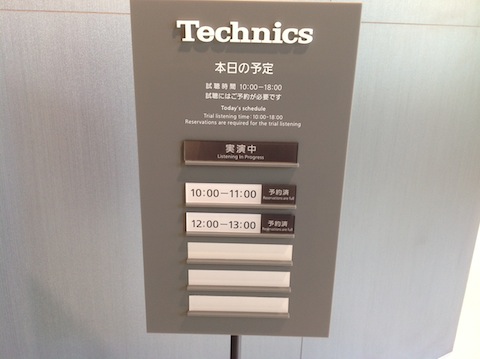 The programme material played was not familiar to me, but consisted of a female jazz vocal accompanied by a solo piano, followed by a full-on orchestral piece. The nice gentleman started the demo with the smaller Premium Class C700 Series system which consisted of the SB-C700 stereo speakers, SU-C700 integrated stereo amp and ST-C700 network player as source.

The speakers looked very much like ivory white KEF LS50s, but what I heard, unfamiliar programme and different components apart, sounded rather better than I had thus far heard the LS50s sound. Whoever thinks a Japanese major company is incapable of matching the best of the best in high-end audio simply must have had his or her brain hopelessly washed beyond redemption by western audio magazines in the 20th century to no longer be able to trust his or her own ears.

Next, the big boys were fired up. The system consisting of the SU-R1 network player (including its integrated pre-amplifier section), SE-R1 power amplifier and SB-R1 speakers sounded simply sublime. The piano had a presence and palpability that was most convincing, and the scale and power of the orchestra, with all its individual sections contributing in concert to the musical experience were spot on. 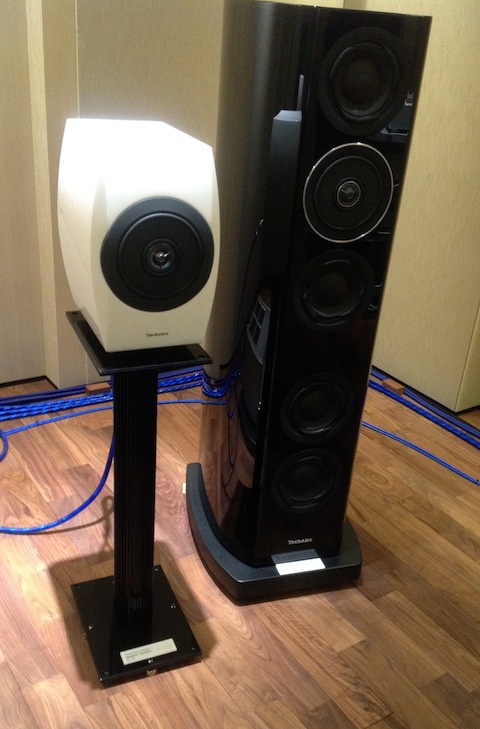 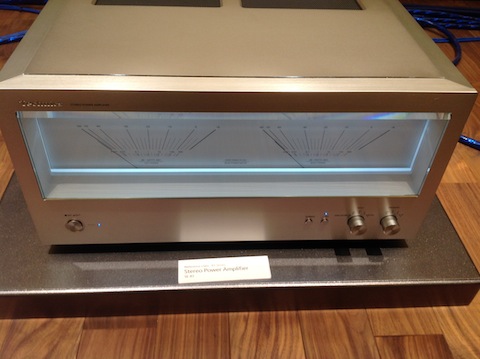 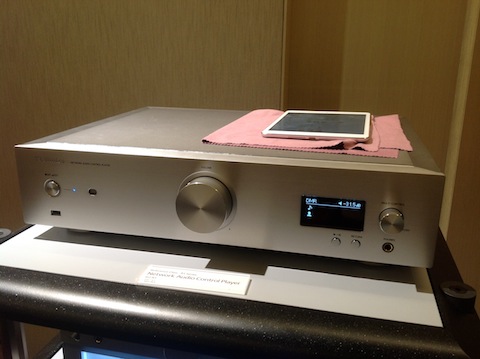 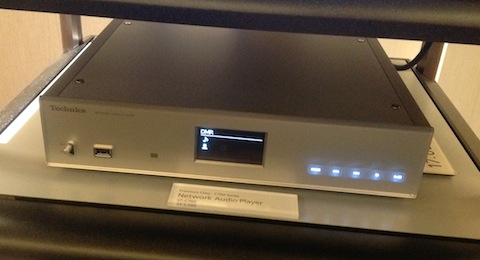 As a facsimile of live music, the system did sound clearly like a very good solid-state system played from a (very good) digital source, and was rather different in feel from an impressive analogue front-ended tube and high efficiency big speaker system, but really, if one loves music, debates as to which is necessarily better or more realistic seems a waste of time when the results are this good.

I was then reminded by the nice gentleman that they were closing early due to the impending typhoon. Oh yeah, that. I had kind of forgotten that for a little while. Looks like the winds blowing for Technics will be rather more favourable than what Vongfong had in mind for Osaka and the rest of the Japanese mainland.

I consider myself fortunate to have listened to the system and I can only congratulate Michiko Ogawa San and the rest of the team that worked on the project for a very impressive result.