WHEN a loudspeaker company services both the home hi-fi and professional studio sectors, as ATC does, little is left to the imagination as to what its brief is – accuracy and neutrality.

Older models I’ve heard from ATC bear this out – whether compact monitors or larger floorstanders, active or passive units, ATC hi-fi speakers appeal to audiophiles who place a premium on those attributes.

ATC’s previous generation models were designed into traditional boxes with straight sides all around, but the newer generation of hi-fi speakers, which began emerging in 2013, adopt a more modern, and undeniably decor-friendly visage. The curved sides and “transparent” mesh grille point to the importance ATC is also placing on other factors. The speakers no longer look staid, as proven by the standmount SCM11 Version 2 seen here – yes, this is a second-generation model. 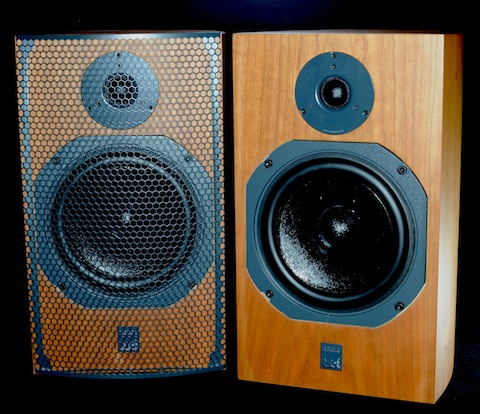 BITS AND PARTS: Featured here are a new in-house designed and made 25mm neodymium soft-dome tweeter with a precision alloy wave guide and a 150mm “CLD” mid-low frequency driver. The drive units have a crossover point at 2.2kHz.

Frequency response of this closed-box is given as 56Hz to 22kHz, with a sensitivity rated at 85dB and nominal impedance of eight ohms. The literature says the maximum SPL for the SCM11v2 is 108dB, and you’ll need to use amps rated between 75 and 300 watts… although this is just a guide.

ATC claims a flat impedance curve, which means despite the low sensitivity, the SCM11v2 is relatively easier to drive… unless your amp is particularly incompetent or very low-powered. I reckon low-wattage SET amps won’t find favour here.

For the fussy, two pairs of terminals are provided – 4mm binding posts. The magnetic grille in front is a neat feature, you don’t have to fiddle around to get it back in place.

Each enclosure measures 381 x 232 x 236mm (h/w/d, the grille adds 28mm depth) and weighs shade under 11kg. Cherry and black ash finish options are provided – the former looks particularly classy. The fit and finish of the UK-made speaker are impeccable, and ATC provides a six-year warranty. 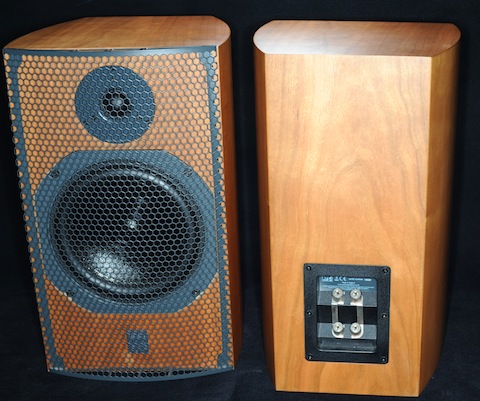 IN CONCERT: These are the sort of speakers that won’t immediately strike you as keepers; at first, they seem too matter-of-fact and not “exciting”… let’s say first impressions won’t leave you gasping the way you would listening to some big ribbon-type speakers. However, previous experiences with ATC and others of its ilk have taught me to be more patient.

So I let the SCM11s play for weeks on my secondary system, and after a while, I noticed that I was getting more drawn into the music, picking out little details and nuances in my collection of regular suspects that I didn’t hear with the cheaper resident Monitor Audios.

The more attention I paid to the SCM11s, the more they sounded involving and captivating… not in a “fireworks” sort of way, but their poise and ability to convey dynamics even played at low volume impressed me. They hardly put a foot wrong whatever the music I fed into the system, from acoustic recordings to electronic beats, from jazz and folk to hard rock and other things in between these genres.

The SCM11s got it right just about always, in the areas of pace and timing, frequency balance and fidelity to signal. It also followed that the quality of the recordings and partnering system mattered. Driven with the Khartago amps, the SCM11s sounded majestic and elegant, belying their size… their staging was generously spaced. 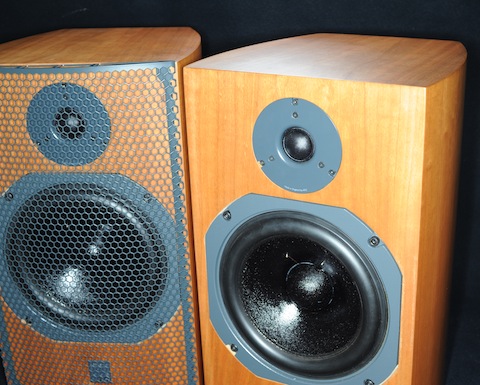 My listening room isn’t very large, but lower frequencies have usually been well-behaved in it. The SCM11s’ lows were no exception – given their size, extreme extension of bass can’t be expected but what bass was produced in the speakers’ range was taut, well-controlled and smoothly balanced… there was no frequency bump in the mid-bass area to make them sound more “exciting”.

Once sited to my preference – I placed them about four feet out into the room – and toed-in just a bit, I found the speakers to be very revealing, while creating a holographic sonic stage. There was no glare in the highs, reflecting the nature of the recordings I fed into the system. Poorly-recorded material had their inherent deficiencies revealed, while well-recorded ones opened a wide window to nuances you won’t always find on speakers at the price.

What also impressed me was the level of heft the SCM11s possessed, and when pushed hard, they showed little sign of going out of control, nor did they get “shouty” the way some models do. I’ve had floorstanding units in the room that sounded less confident or in control. 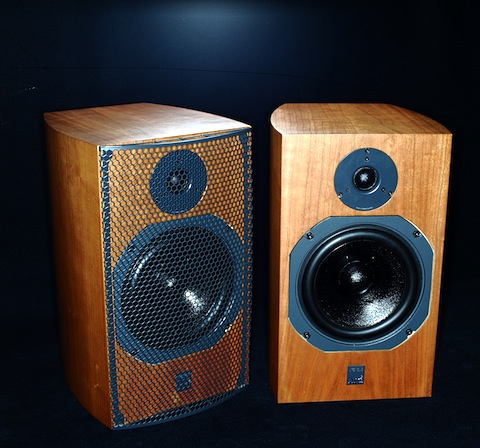 APPLAUSE: These are finely crafted and designed speakers that exude class all around – from their decor-friendly fit and finish to their revealing and natural presentation in the right system.

BUT: I can find little to fault in these speakers. If I were to be biased, I’d say I don’t like these curved sides, they make the speakers look a bit effeminate – but that’s nitpicking. There’s a reason ATC designed them this way.

FINALE: As previously, ATC has once again turned out a fine and substantial speaker in the SCM11v2. It’s the sort of speaker that will withstand a number of upgrades in the rest of your system… after which, you might find yourself going for the bigger ATCs. Be prepared to hear the whole truth.

So, well done, ATC. Now, what I hate about this job… I have to return them!