THE popular, entry-level Bronze range of loudspeakers from British manufacturer Monitor Audio gets a significant upgrade in guise of a new generation of the company’s proprietary C-CAM drivers. Also, apart from the regular black oak, walnut and rosemah finishes, there’s a new offering – white ash.

Invisible driver fixings and floating magnetic grilles are among the cosmetic highlights of the Bronze line-up. In fact, the new line looks identical to its predecessor, except for the drivers, which now have a steel grey sheen compared with the white of its predecessor. 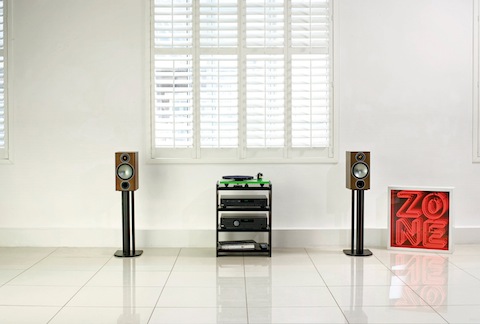 The bass and mid drivers now feature a new “dished” C-CAM cone, which uses the whole cone surface to radiate sound – there’s no centre pole-piece aperture, so the cone is “inherently more rigid and efficient while being less prone to break-up under high drive conditions.”

We’re told the driver’s voice coil is thermally coupled to cone’s rear; this draws heat away from the coil for better power handling and optimal operation at all volume levels.

The also-new 25mm C-CAM gold-dome tweeter pushes up the higher range of the frequency response to 30kHz. According to Monitor Audio, “structural improvements in dome geometry and drive mechanism have boosted accuracy and extension at the top end of the tweeter’s range, while an innovative venting system allows air to flow outside the tweeter’s magnet assembly into a rear loading chamber, avoiding air compression for lower distortion and improved damping.” 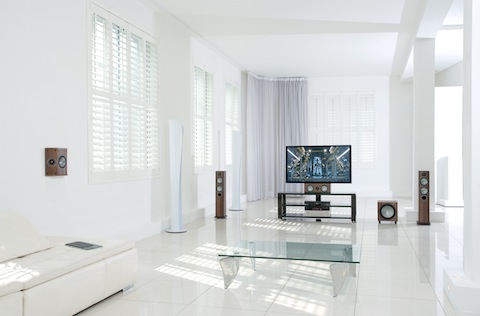 The reflex loading system is the HiVe®II variety also found on MA’s higher end Gold range, which uses rifled port grooves to speed the air in and out of the cabinet for cleaner, more powerful bass and a superior transient response. 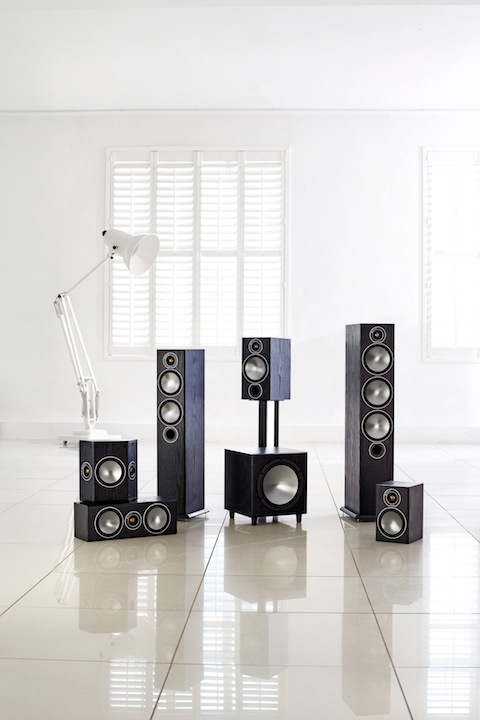 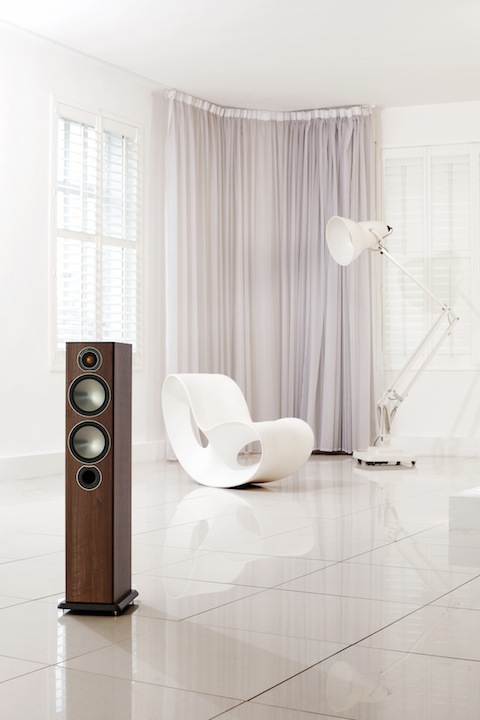