According to the press release, a cost-no-object approach was adopted for the Collatio II, pushing the envelop on what was possible with OTL technology.

“We began by analysing, building and testing many vintage and modern OTL circuits that are the norm, fine-tuning and studying the traits and weaknesses, sonic and spec-wise.

“However, we decided to skip everything and re-invent everything from scratch. The Collatio OTL Series is a special project, and is our statement on how a true state-of-the-art OTL amplifier should sound.” 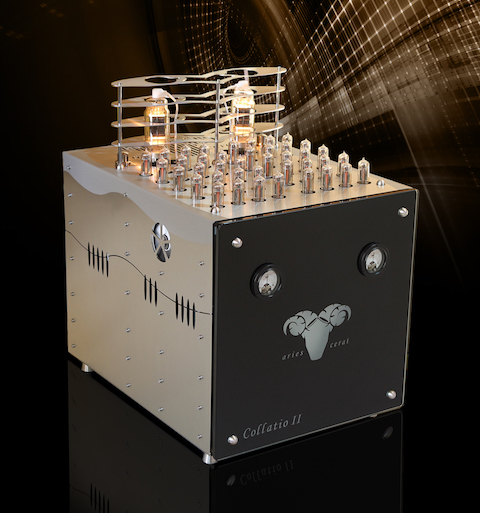 This single-ended Class A current output amp, is ”unlike the industry norm for any audio amplifier, which are voltage amplifiers, either tube or transistor.” Ideal pairing is with horn speaker designs.

The Collatio II uses 20 power tubes (6c19p-v units) in parallel per channel “loaded by four massive chokes, and AC coupled to the output terminals, using an exotic film capacitor designed to be able to surge 20.000A peaks.”

The driver stage uses two 814 tubes, “a big bottle tube that can deliver 10W of driving power to the output stage.” 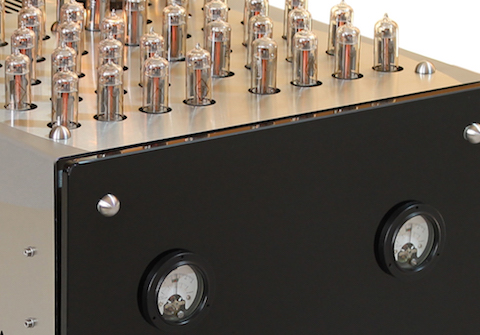 The company adds: “Most OTLs have a bad reputation of blowing expensive speakers, when they present DC potential after a malfunction. The Collatio amplifiers are bullet proof in terms of stability and speaker protection. Their output stage is AC-coupled, so that no DC can be present at any times at the speaker terminal. You can break all tubes while in operation with a hammer, still no damage can occur to the speaker.”

Each amp weighs a back-breaking 120kg, so this is a heavyweight in just about all areas.

The Collatio II, which is rated at 20 watts per channel, can also be used as mono blocks, delivering 80W of OTL SE power with no modification required to be performed by the user.