THE most distinctive cosmetic feature of Bowers & Wilkins loudspeakers has for decades been the familiar yellow Kevlar cone used for the midrange-bass driver. Change is in the offing, though, starting with the flagship 800 Series D3 line that now features the all-new silver-grey Continuum cone.

Since it was announced earlier the year, Bowers & Wilkins has been going big with the press to herald the revised 800 range, holding launches in various regions to expound the virtues of the new driver, and the fact that the new line is no mere upgrade from the previous models, but a complete revamp.

The acclaimed loudspeaker company, set up in 1966 by John Bowers (1923-1987), touts the 800 series as a “game-changer in terms of technological innovation… from drive units to cabinet geometry, every major component has been rethought and reinvented.” 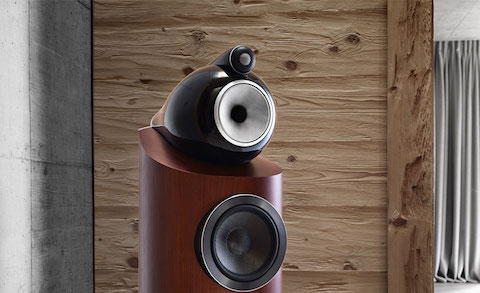 The launch for the Singapore/Malaysia/Brunei/Indonesia markets was held on Oct 28 in Singapore by distributor The Experts Group. Also present was Bowers & Wilkins Group Asia CEO Lars Hundborg.

Hundborg, who’s been with Bowers & Wilkins since 2003, has served as senior executive in various audio brands. He now oversees a market that covers 15 countries in this region. We sat down with him to enlighten us on the brief for the 800.

Why the song and dance with the 800 D3 line, why is it so significant for the company?

The 800 series is what made us famous originally, back in 1979 with the 801, and the 800 has more or less become our DNA. You find it in many recording studios, you see it gets a lot of attention,” says Hundborg.

“The market is always asking, when is the new 800. so that’s why and this time, we’ve done something very unique, we believe… we want the entire world (to know). So events like this, we’re having in almost all markets. 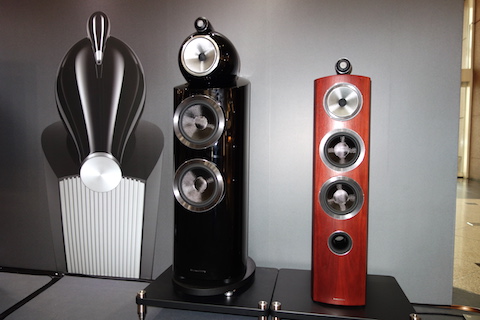 We’re told that the new material used for the cone – Continuum – is purportedly a big step up from Kevlar. How many other changes have been made for the new 800, and how significant are these changes?

Basically the engineers started with part one and said, how can we improve this? So it’s not an upgrade, it’s not a modified 800, it’s completely new.

We’ve been using the Kevlar cones since the 1970s, but our engineers are always looking to see if they can find things to improve, like we did with the Diamond tweeter. And the material (for the Continuum cone) is developed and made by ourselves. 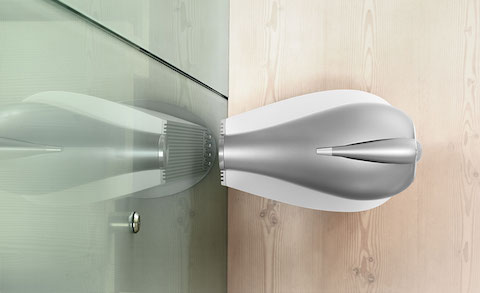 Exactly what is this Continuum?

We are searching for a patent for (this) so we cannot go in detail with what it is. But the measurements are a lot better, there’s no comparison.”

So far, the 802, 803, 804 (all floorstanders) and standmount 805 have been released, The range-topping 800, which is only second to Bowers & Wilkins statement Nautilus speakers, is due in early 2016. Eventually, will the Continuum cones also be seen on the cheaper CM and 600 lines?

We’re known for, when we develop new technologies, trickling it down to other ranges. There’s also a price issue here, because it’s more expensive and more complicated than Kevlar.

But yes, I think it will be seen in our other products as well. 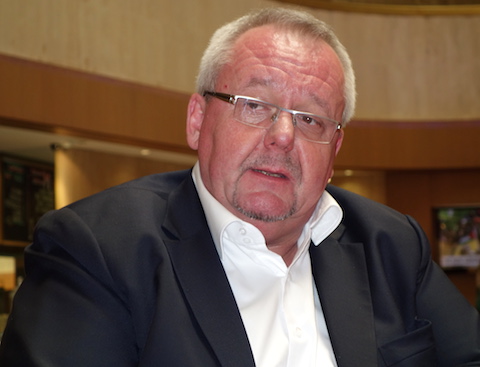 The Asian market accounts for 40% of the company’s sales worldwide – how much does the 800 line contribute to this?

Asia, fortunately, has been growing quite well over the past five to eight years. And we normally say that Asia is 20-25% of the group. So actually Asia has a pretty big voice to say in terms of products and in terms of strategy. In Asia, the 800 is about 35-40% of the business.

Apart form loudspeakers, the company also makes headphones and lifestyle wireless speakers that are compact and cater largely for the non-audiophile segment. There’s also a growing market for more advanced wireless and streaming products, and active loudspeakers. How is Bowers & Wilkins tapping into this area – are we going to see more electronics in the line-up in future?

Electronics, no. Our core is to make speakers for home use, The speakers might be more complicated in the future and might incorporate some different things but no, we will not go into electronics. 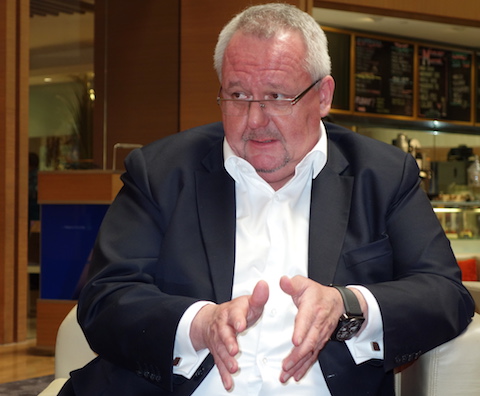 So there’s no brief to tap into new markets? We see Bowers & Wilkins in-car systems are already offered in some luxury cars, the latest being the current G11 BMW 7-series sedan.

We would more find a strategic business partner that we could bundle our products with. We’re not electronics experts, we know how to make speakers and how to make good sound.

How strong is the Bowers & Wilkins brand in the hi-fi and lifestyle markets?

Interesting enough, in several markets, especially in Asia, we’re being considered a luxury brand. Back in 2007, B&W Asia, based in Hong Kong, was the first audio brand invited to participate in the China Luxury Summit. We were siting with Calvin Klein, Louis Vitton, Swarovski, Diesel and Ferrari, and discussing how we see luxury developing!

And that was actually quite interesting that suddenly, we were not seen as a loudspeaker company, we were seen more as a brand that could influence the luxury segment in the future.

Where does the 800 series sit in branding for Bowers & Wilkins?

Some technical notes on the 800 Series D3
The separate cabinet – or turbine head, as the company calls it – where the tweeter and mid-bass driver are mounted has been refined further. It’s made from a single piece of aluminium, braced with internal radial fins and with has a raised, slimmer profile – we’re told this enclosure is “remarkably inert, producing a sound that’s free from cabinet coloration.”

The Diamond tweeter enclosure is the stiffest yet made by Bowers & Wilkins, with an “improved gel decoupling system that isolates the tweeter from the effects of cabinet resonance.”

The highlight, of course its the Continuum cone that replaces the Kevlar used over four decades. It took eight years of research but the company reckons because of the composite material used, “abrupt transitions in behaviour that can impair the performance of a conventional drive unit” are avoided, for a more open and neutral performance. It’s been touted as a “giant leap forward for loudspeaker design.”

Also new is the Aerofoil cone used for the bass – advanced computer modelling and a new syntactic core material resulted in the design of a cone of varying thickness, with maximum stiffness where most needed most. 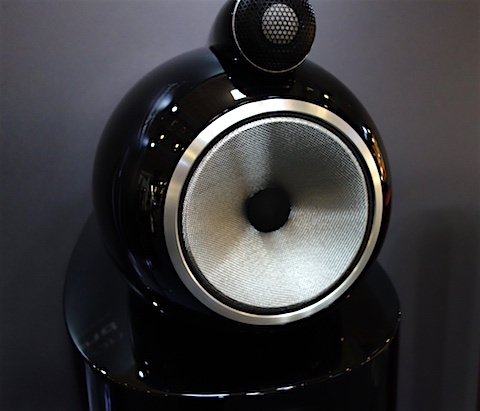 The cabinet has a reverse wrap, the front and sides forming of one continuous curve and held together with a spine of solid aluminium at the back – fewer joints allow a stiffer, more inert structure.

Also improved at the Matrix internal bracing system, for which thicker solid plywood is used instead of the MDF previously, and metal components have been added to reinforce crucial stress points

The crossover has been removed from the plinth to the main enclosure, to allow the base to do just one job – supporting the speaker with more stability and resistance to resonance. The plinth is now made from a solid piece of aluminium.

The base of larger 800 Series Diamond speakers sports castors to allow you to manoeuvre your speakers into position easily. Replacing these castors with floor spikes is usually a tricky task, involving tipping the speaker on its side. However, the new 800 Series speakers come with integrated floor spikes that can be lowered or raised with a simple twist of a cog.

While almost every component of the 800 Series Diamond has been reinvented, the element that gave the range its name remains unchanged – the speaker’s diamond tweeter domes.

The company’s entire manufacturing plant in Worthing, West Sussex, was redesigned specifically for production of the new 800 line.