MOST respectable head-fi enthusiasts will own at least two types of cans – full-sized ones for domestic use and portable earbud types for use on the go. Chances are, they will also have more than one can amp – again, size and power capabilities of each differ based on the headphone used.

They will also have a need for good digital-to-analogue conversion, but thankfully, DAC/can-amp combos are the norm these days. So that’s at least two separate components for portable and domestic use respectively, but if they also own a hi-fi stereo system and you factor in high-resolution audio playback, the component count potentially begins to increase.

This is where the iFi micro iDSD DAC/can-amp combo comes to the fore – in addition to a variable output that can match the power requirements of any headphone, it is also capable of decoding the highest-possible digital resolutions and formats commercially available… and it will nicely segue into a traditional hi-fi separates system too! 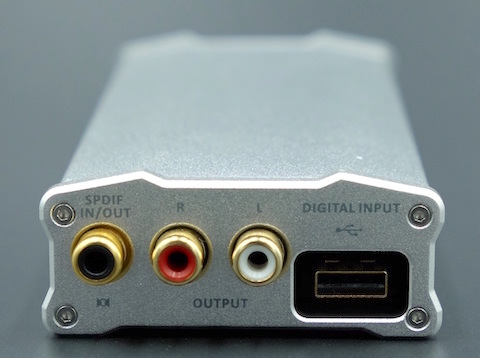 BITS AND PARTS: As you might have surmised by now, the iDSD is chock-full of features, and comes in a brick-like aluminium casing measuring 28 x 67 x 177mm (h/w/d) and weighs 310g. It isn’t exactly pocket-sized and is larger than most other similar devices, but is small enough (and also worth the effort) to be carted around.

iFi proudly proclaims it is the “only DAC in the world (at any price)” to play DSD512 and PCM with 768kHz sampling. Impressive indeed, and I’ve yet to see anything commercially available exceed DSD128 or 192kHz/24-bit (and only samplers of DSD256 and 384/24). There is no indication now that such high resolutions will become mainstream, but in the event it does, the iDSD is future-ready.

The iDSD is also touted to have enough power to drive even the most demanding headphone, but its variable power output gives it the flexibility to be used with sensitive in-ear monitor (IEM) types. It has three power settings – Eco, Normal and Turbo modes, giving it outputs of 250, 1,000 and 4,000mW respectively. For really sensitive IEMs, this can be dialled down even further with its iEMatch function. On top of that, you can even customise the iDSD’s sound further with its three digital filter options.

The iDSD is easily the most versatile audio device I’ve come across – it can be used with any headphone (as above), a DAC compatible with any source (computers or smartphones), and can even function as a DAC/preamp in a traditional hi-fi separates system.

Further sonic enhancements are possible with its 3D Holographic and XBass modes. The iDSD has more functions than I want to mention here, so have a look at its product page for its full feature set.

With so many customisable options on offer, the iDSD expectedly features a wealth of switches and connections. Despite the potential for a cluttered interface, everything is nicely laid out in a very logical and easily accessible manner.

Also worth mentioning are the many adaptors and cables (everything you can possibly need) included in the package – which is necessary given the iDSD features an unconventional USB input. This must have been chosen with iPhone owners in mind – the business end of Apple’s Camera Connection Kit (required to interface with the iDSD) slots nicely into it without the need for any additional cables.

IN CONCERT: Functionality and compatibility aspects aside, what matters most is how the iDSD sounds. In a word, it is exceptional.

The iDSD doesn’t just sound like a good budget product, it has performance levels that hit the mark on so many fronts that even the fussiest of audiophiles/canheads will find something to like about it.

Bass? There’s more than enough of it on tap, with both speed and weight – and if bassheads want more of it, simply employ the XBass function. While I never felt the need to use it, turning it on tastefully adds some bottom-end punch without muddying up too much detail in the lower extremes.

Its midrange was silky and open, and had a great presence. There was a very tangible feel to vocals and acoustic instruments especially, and almost seemed to exhibit a tube-like feel. It also delivered shimmering highs and treble was nicely extended, but with certain tracks (especially with metallic percussion) I would have preferred a little less emphasis up top – but never enough to be considered strident. 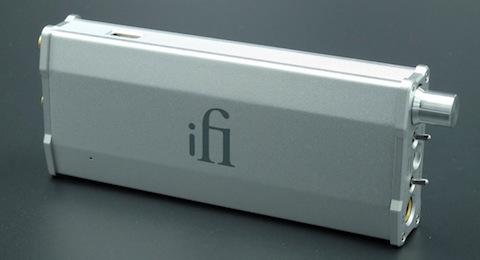 Its soundstaging and imaging capabilities were also fantastic – and this without utilising its 3D Holographic function. The iDSD was able to deliver spatial cues in the music itself well, and when I did turn on the enhancement, sonic images did not lose focus – you could still pinpoint them, only seemingly placed in a slightly larger acoustic space. I didn’t quite take a shine to it, but I expect some (those with closed back cans, perhaps?) will.

The iDSD also acquitted itself very well in the hi-fi stereo separates rig. It did take the place of a DAC that costs three times its price, but still was an engaging listen. It may not have been as transparent or as musically coherent as the resident DAC, but I could see myself using it over extended periods if I needed to.

I must also mention the time I paired the iDSD up with a PS4 while playing The Last of Us – a game set in a typical apocalyptic zombie world. It has a very atmospheric soundtrack, with many spatial audio cues. With the 3D Holographic function on, that was easily the most engaging session I’d had with the game – and don’t get me started on the number of times I literally jumped in my seat when those damn zombies crept up on me…

APPLAUSE: The iDSD excels on so many fronts it’s hard to pinpoint which aspect of it is best. It sounds great, looks good, and exhibits versatility that is simply astounding.

BUT…: It’s bigger than other portable head amps/DACs, but that’s the trade-off you’ll have to make. In terms of performance, though, nothing worth mentioning.

FINALE: iFi has come up with a product that is truly excellent value for money. The iDSD isn’t exactly budget-priced, but if you consider that you’re buying a device that can take the place of at least two other components, its value can’t be beat.

Add in the fact that it has compatibility with all digital formats of today and beyond, you potentially have a device that will remain relevant for years to come. Highly recommended.