Digital vs analogue – the civil war

AT some point in the audiophile’s journey, he will participate in one of the field’s decades-long war – digital versus analogue audio. If we’re not battling each other, then it’s a battle where we fight with ourselves.

It’s understandable, we spend a lot of cash trying to get the ultimate set-up but we’re afraid of dumping all into one that is ultimately “inferior”. Will it be vinyl discs and turntables, or digital compact discs and powerful digital-analogue converters?

Music mastering and production existed well before the invention of electronics. Between the late 18th and early 19th century, music recording was purely mechanical. The recording principal is exactly the reverse of a gramophone. Sound quality was horrendous, but the invention of electrical microphones and amplifiers saw a monumental leap in improvement of sound quality. More and more audio frequencies were able to be captured and recorded, resulting in a fuller and richer sound. 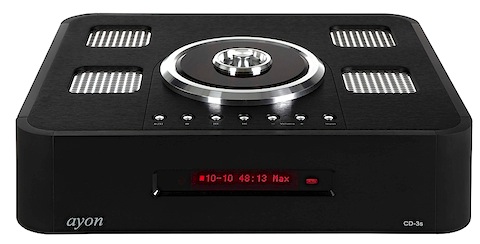 Digital audio came about in the 1970s with the aim to create a more reliable way to record audio, and have perfect copies with ease. Instead of taking an audio signal and continuously recording it onto a physical medium, digital works by rapidly taking “samples” of the original analogue wave and encoding them to form digital signals.

This requires two things for it to be done well – taking as many samples of the analogue sound as possible at a certain time (a.k.a ‘sample rate’), and within each sample, have as many zeros and ones (on and off, a.k.a the ‘bit’) as possible to trace the sound waves smoothly.

While recording can also be done in either digital or analogue, today it is primarily done digitally. Therefore, for simplicity, let’s narrow our focus down to only audio playback.

Digital playback has always been labelled as a “fake” way to reproduce audio. Analogue supporters argue that digital audio’s greatest achievement is creating an illusion. I agree, because it’s basically how digital audio works, by breaking the original analogue signal into separate pieces and encoding them digitally, only to be decoded and reconstructed back into what is perceived as an endless stream of audio.

Yes, they rely on our brain’s default wiring to create the illusion of a perfectly continuous audio stream, but it is what our brains do with just about all data it receives from our five senses. Besides, there are higher resolutions available that enable more samples to be captured with greater dynamic range for each, and that is just beyond overkill. If the end goal is to be as close as possible to the master recording, then digital is without a doubt the easiest way to achieve that.

However, old fashioned vinyl sounds – in a fully digital world today – ironically fresh. Having experienced a vinyl set-up myself, I must say it has a certain charm. I can’t go into all the details like staging and frequency response and all that, but it was certainly something else. Maybe it’s the greater dynamic range compared with the “abused” digital version that I am familiar with, maybe it’s the gentle warmth. I find myself not objecting it even though it’s not what I came to recognise as the correct sound.

I still believe digital to be the perfect medium for outright accuracy, but I do have respect for vinyl. It’s a humble media, with down-to-earth simplicity. It doesn’t dwell in the incomprehensible digital realm where electronic brains, jolts of electricity, and laser beams are our only ways to release the audio trapped within.

From disc to speakers, analogue is just audio, pure and simple. It is, however, a difficult format to work with. The one I heard was just a combination of mid-end components. With a higher quality turntable, solid state amplifier, and flatter-sounding set of speakers, I wouldn’t be surprised if the vinyl version of that music would sound almost exactly like its digital sibling, without the compressed dynamic range, of course. Personally though, the set-up sounded just fine the way it was.

So really, there shouldn’t be any comparison because sonically at least, there isn’t a strong reason for one to be superior to the other. They’re just alternatives. Some like it accurate, while others like it different. If you want close to being perfectly accurate, true-to-the-source music playback, digital is the easy way to do it if you don’t overthink it. For a unique warm sound that just sort of happens, with a chance of upgrading to achieve accuracy, analogue would be your best bet.

Or if you can afford it, why not both?