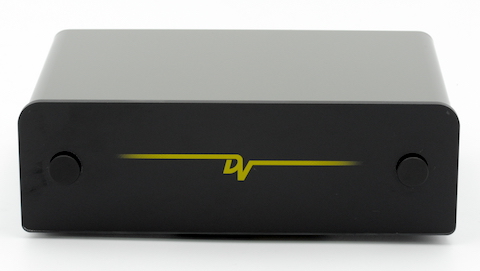 THAT the diminutive Dynavector P75 is now in its third iteration should more than suggest to the punter just how well-received this phono preamplifier has been over the years. And with every generation, come improvements.

The Japanese company, of course, is better known for its acclaimed range of moving coil cartridges, but it has an Australian subsidiary that focuses on electronics like the P75 – there is a separate site for this.

The P75 mK3 doesn’t look like much… but as I found out, it could well be all the phono stage that some audiophiles will ever need. 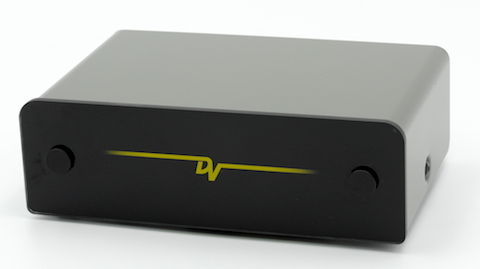 BITS AND PARTS: Dynavector describes the P75 mk3 as a “phono to line level preamplifier”, which is of course stating the obvious. The company claims it will match any cartridge type (moving magnet and moving coil), given that it is fully adjustable for gain and loading via a series of jumpers inside.

Changing the settings will require you to open the top – a hex key is provided – and moving around the jumpers. A pair of small pincers or forceps will help if you have large digits. Instructions are given in the accompanying manual but these seem to be complicated sometimes.

Dynavector claims the “mk3” version has significant performance and construction upgrades from its predecessor. These include the new paint finish, glass front panel, fasteners, ground terminal, PCB and output amp, and more loading adjustments, gain (including for MM and 1mV output cartridges) and headroom. The power supply has been changed to “centre positive” and the packaging is certainly a big improvement now. 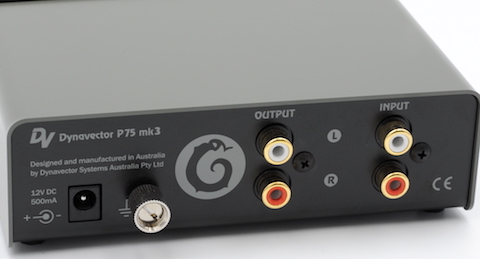 Very low noise, outstanding dynamic range and very high RIAA accuracy are among the claims here, but the highlight, as has been previously, is the “phono enhancer” option. This extracts the current signal, improves the magnetic field of the cartridge itself and purportedly results in a “more musical performance.”

The unit has a sophisticated power supply which runs off an AC adaptor you have to buy from any store – the absence of mains frequency components inside the unit itself banishes hum that is the bane of some phono systems. 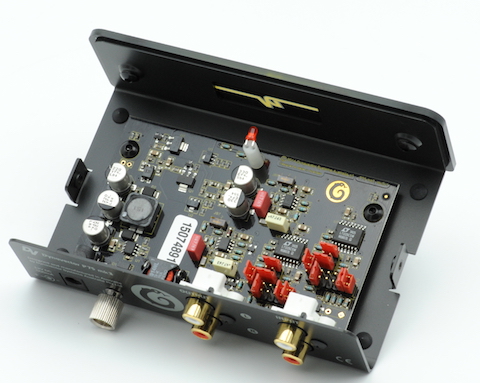 IN CONCERT: Once before, I had played around with the previous iteration of the P75 and was less than impressed… still, I decided to give the mk3 a chance because this around, I had a Dynavector cartridge in the system… “synergy” came to mind.

First, I placed the Dynavector into my secondary system, comprising the Pro-Ject/Ortofon set-up plugged into the Elex-R’s MM phono stage and driving the ATC’s first, then the PSB. Rega does MM like few others do, but as expected, a standalone phono stage is, for most of the time, going to have a bit of an edge in performance. This was the case when I plugged the Pro-Ject into the Dynavector and routed the signal to one of the Elex-R’s line inputs.

The Dynavector lent the music more detail and air, with a better refined presentation, showing itself also to be tonally almost impartial. You won’t mark it as being too cool or excessively warm… just right, if you ask me. It also matched the Rega’s drive, but most of all, what placed it a notch above the integrated amp’s phono input were the attention to the nuances and separation of the various elements of the mix.

The tougher competition came when I put the Dynavector up against the Tempest’s fabulous phono stage (both MM and MC), first via the Rega/Denon set-up, and later fed by the Classic/XX2 MKII. I felt the Dynavector, while providing greater detail and smoothness, plus a dab of warm, sounded “less” exciting than the Tempest. The Dynavector sounded a tad more open and relaxed, yes, and this suited a variety of vinyl offerings I fed into the system… but I would need more convincing to switch to a standalone unit. 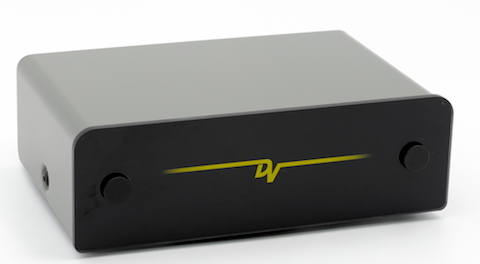 I also felt that the “enhancer” option had an edge over the standard MC setting… it was more incisive and offered better definition of the sonic, while the latter seemed almost dull in comparison.

The final face-off was with the Pipit, which has much going for it, including an insane range of settings to drive even the most dedicated vinyl enthusiast insane. The Pipit validated my decision years ago that if I were to upgrade my phono stage, it would have to be a substantial outlay for it to make a significant difference.

The Dynavector, compared with the resident unit, showed less drive and pizzaz, and the Pipit got less in the way of the music. Of course, that my speakers need some driving made the Pipit more suited to my main system, because of the higher gain options… here, the Dynavector seemed to be less in control, while still showing its attributes of a smooth tonal balance and relaxed stage.

APPLAUSE: If you’re looking to step it up from the onboard phono section (if one is provided) of the many integrated amps in the market, this is a good way to enhance your vinyl enjoyment.

BUT…: Tinkering with the settings can test the less patient user.

FINALE: A well-made package for the serious audiophile seeking to move to a higher sonic plane but with limited financial resources. The Dynavector P75 mk3 phono preamp should provide many, many hours of analogue entertainment. Recommended.