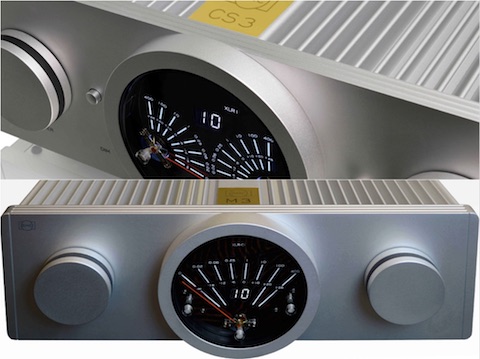 Both are Load-Effect Free (LEF) designs that have been the centrepiece of B.M.C’s approach, and the CS3 can be employed as a stereo power amp as well when hooked to the company’s DAC/preamp.

B.M.C. describes the CS3, which has two pairs of XLR and three pairs of RCA inputs, as a “power amplifier without a preamplifier for a short, pure signal path.” It has a volume control that features B.M.C.’s exclusive Discrete Intelligent Gain Management (DIGM) system, and an input selector. The lossless DIGM volume adjustment eliminates unnecessary signal attenuation at the input, as well as unnecessary high amplification.

Output power is quoted at 200 watts per channel into eight ohms, 350W into four ohms. An electronically stabilised power supply with a 2kW toroidal transformer and balanced current capacitors form the core of the CS3.

According to B.M.C., “combining the CS3 with a B.M.C. Digital-to-Analog Converter (DAC) transforms it into a LEF stereo power amplifier that offers DIGM gain adjustment set by the DAC’s volume control.”

In addition, B.M.C.’s balanced Current Injection (CI) input enhances the immediacy of reproduced music by processing the signal current of the source until it reaches the speaker’s output voltage.

B.M.C.’s LEF output stage avoids distortion before it occurs by “relieving the sound-critical LEF single-ended Class-A transistor of all duties other than providing perfect signal reproduction.”

The M3 is also a new LEF amplifier generation, with adjustable gain DIGM and a balanced XLR-CI input.

As per the literature, “balanced Current Injection (CI) input imparts an even more intense musical experience by processing the original signal current until it generates the adjustable speaker output voltage.” 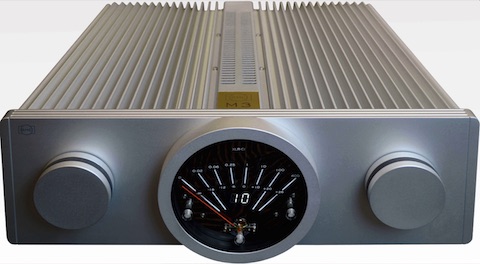 Features include a large power supply with a 2kW toroidal transformer, balanced current capacitors and the new “active virtual capacity” for a silent background and rock-solid stability.

The M2 boasts power of 200 watts into eight ohms and 380 watts into four ohms. Both units are available now.