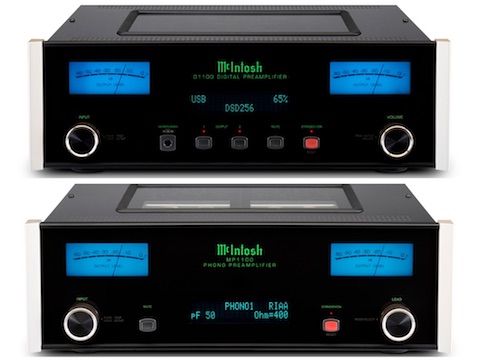 We quote the press statement:
The D1100 Digital Preamplifier is a reference level stereo preamplifier and digital-to-analogue converter (DAC). Its eight-channel, 32-bit DAC, used in Quad Balanced mode with half of it dedicated to the left audio channel and the other half to the right channel, is the most advanced DAC McIntosh has ever used and delivers an unprecedented level of performance so that all digital music is reproduced with exceptional accuracy and authenticity. 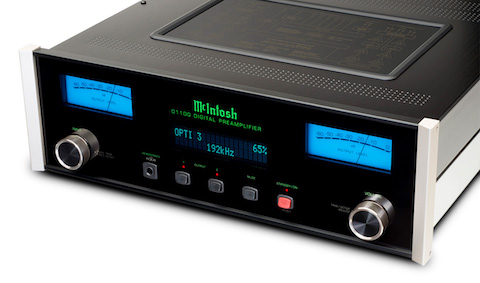 Nine inputs are included to keep even the largest digital system connected as three optical, three coaxial plus one each of MCT, AES/EBU and USB inputs are onboard. The USB input accepts up to 32-bit/384kHz signals and supports DSD64, DSD128, DSD256, DXD 352.8kHz and DXD 384kHz playback.

All the other inputs accept up to 24-bit/192kHz. Three sets of balanced and unbalanced stereo outputs connect the D1100 to the rest of the audio system. It can also be connected to and used in tandem with its analogue equivalent, the C1100 vacuum tube preamplifier.

It has three sets of RCA phono inputs with XLR connectors also available on one of the inputs. All phono inputs allow for adjusting both resistance (six settings) and capacitance (eight settings). 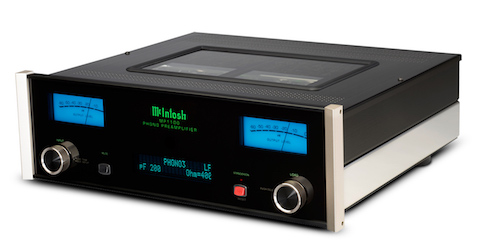 For ease of use, it comes pre-programmed with profiles for moving coil and moving magnet cartridges as well as the McIntosh MT10 and MT5 turntables. Five additional profiles are included that are fully customisable and can be assigned to any phono input. RIAA, LP, NAB, AES and 78 analogue equalisation curves are included. Two fairly rare but highly useful analogue filters are built-in.

The D1100 has started shipping, while the MP1100 will be available from January. Check with your local dealer for dates and pricing.