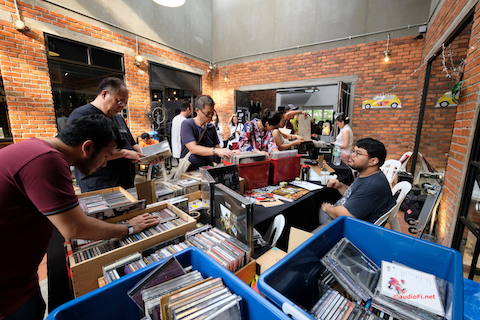 GIVEN the proliferation of music streaming services like Spotify, Apple Music, Tidal, Pandora and even YouTube, it’s no surprise there’s a common assumption that physical media is dead. To prove them wrong, record store owners and collectors alike banded together to organise Crate: Musika – an event for crate diggers, metal-heads, cassette enthusiasts, audiophiles and anyone in between!

Crate: Musika, in its fourth edition, was held at The Gasket Alley in Petaling Jaya over the last weekend (March 31/April 1). It is a prime spot, easily accessible by either personal or public transportation. Admission is free but there is an age limit – 18 years and above. 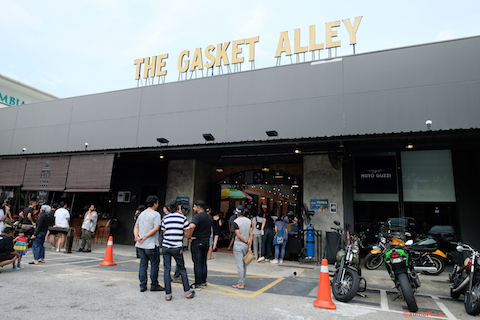 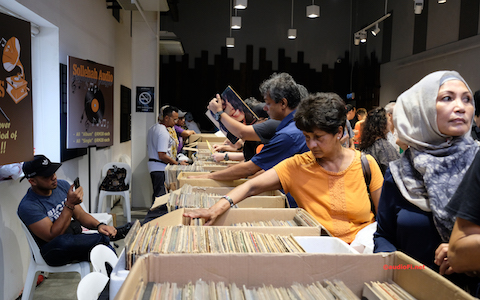 “Basically, Musika was set up by a bunch of collectors who were quite frustrated because last year, about eight record shops in Klang Valley closed down,” says Daryl Goh, one of the organisers for Musika.

“It’s very sad because even though everybody has Spotify and other streaming services, some people like to collect physical media.

“We asked around if we could book this place for this year, which is the fourth year for Musika. We gathered about 40 vendors and these people are not from big record stores except for maybe a few, the rest are all collectors. The response has been quite overwhelming because we really didn’t have much publicity except for social media and friends.” 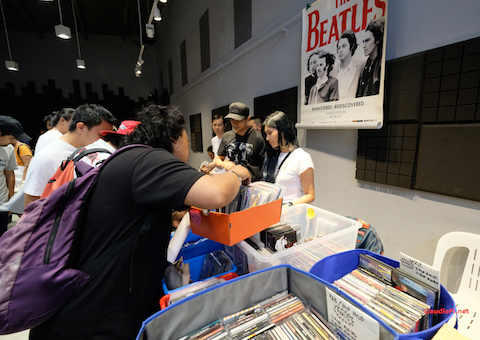 He’s definitely not kidding about the response because the event was jam-packed with visitors. Hundreds of people were focused on nothing but digging through the endless crates. We even met (singer-songwriter) Zee Avi when she dropped by before going for a performance.

Not only focusing on physical formats, Musika also showcases local DJ talents. I spoke with Iqmal from Disko Santan Collective and asked him what it was all about.

“Disko Santan is a collective of vinyl selectors, we are musicians and DJs as well. Our selection is various… trip hop, hardcore punk, punk rock, Cumbia, Latin, Afro beat, disco, and everything, and we play purely on vinyl. 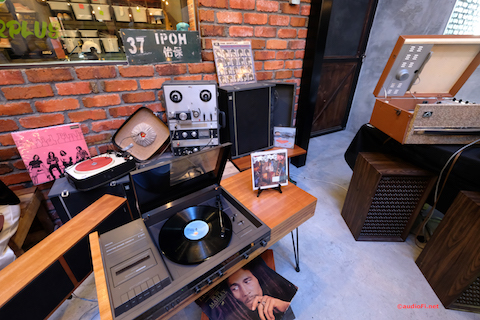 “We always come to events like this to open a booth, and this coming April 21, we’ll be organising the Record Store Day in Penang Hin Bus Depot. There will be six bands playing and there will be about five hours of vinyl DJ session,” Iqmal added.

Among the piles of merchandise, there was one corner unassumingly littered with speakers, stylish-looking record decks-cum-mid century coffee tables, and reel-to-reel tape players. 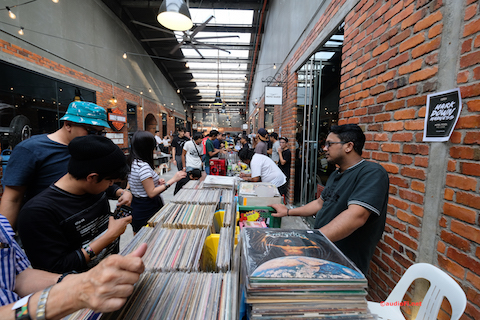 “I’ve been selling records for about 10 years, but we’re more towards selling vintage audio and we’ve been selling those for almost 20 years,” says Hafizi from Fizi Akustika.

“We not only sell them but we also repurpose them and restore them. For instance, we’ve installed this turntable into this custom cabinet so it looks new and the appearance is very suitable for apartments or condos.”

When asked about some of the records he put up for display and sale, “Some of these old records are rare and hard to obtain. You can find money but these records, cannot.” 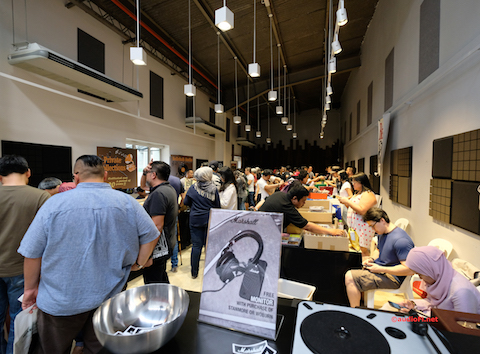 Crate: Musika is also a good place for small and indie record labels to promote and spread awareness.

“I’m here just to support the event and showcase our own label stuff. It’s awesome, I mean look at it, it’s happening, and what all the collectors want,” said Zaid from Payola Records.

Zaid opened a booth with the label’s own bands’ merchandise and CDs. According to him, they’re not there to making big bucks but see it as a brand awareness move. Judging by the number of visitors, there’s plenty of awareness going.

“It’s good to promote the record label here because this is where the music fans, hard core music fans, come.” 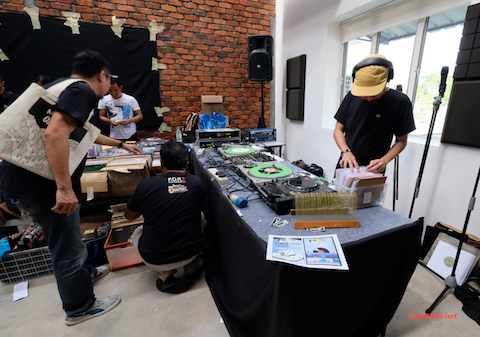 Not one to miss out, Ero from Teenage Head Records was also there. Although they did not put up any booths, it’s always good to drop by and chill out with friends, he said.

“We came here simply because we know there will be many random new sellers. You don’t know what they’re bringing in so we’re like ‘okay, I have to be here!’ because you never know. You never know! Maybe this one person has this one LP that you’ve been looking for, for years, and suddenly it’s in front of your eyes!

“And I hope they can establish a more regular location. Past years, there’ve always been different locations, so if you can find one location, that will be conducive and the best. I think that’s a good first step. A steady location.” 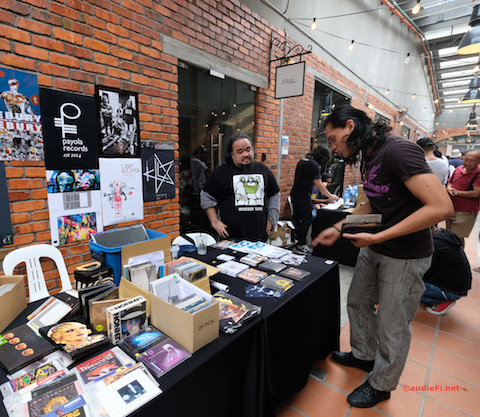 Music fan Joseph Loh had this to say about Musika: “As a classic rock fan, it’s hard to find the music I want on vinyl. Sure, there are reissues – but there’s a certain charm in having a copy of the album from the time it was originally released. Events like these are sure to have something I’d want. And it did! More than I budgeted for, as my severely depleted wallet will attest to!”

Before I left, Goh left this gem for me to ponder upon, “Events like this have been happening in Singapore and Bangkok quite a lot so I thought, ‘Malaysia, why not?’… you know what I mean? So it’s good.”

Ammar Mariti is a music lover who loves to build his own equipment. Occasionally, he can be spotted lurking around in the shadows of headphone stores and audio dealers.