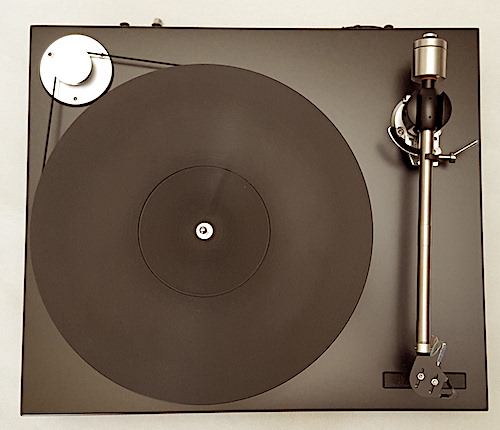 + Looks belie the glorious performance the unit is capable of; good build quality and materials; embodies everything the cliché “your entire record collection will sound new again” conveys.
– Lacks “bling” factor compared to its Quebecois rivals’ products; no anti-skating adjustment on tonearm (if that’s important to you); arm counterweight may exceed boundary of closed dust cover in certain cases; finger-lift on tonearm headshell takes some getting used to.
Sound: 9/10
Value: 9/10

BRYSTON is not among the names one immediately thinks of when it comes to Canadian turntable producers (a vinyl nutter probably knows more of Oracle and Kronos, right?). Long famed for its amplification products, Bryston also latterly got into producing loudspeakers and digital sources, so had previously been capable of supplying an entire single-brand system for digital music replay in the home. But until about two years ago, the company had said it had no interest in producing a turntable.

It admitted that all this changed when working on its latest phono amplification products, and those of us in this madness know that when the vinyl bug bites, it bites deep and won’t let go. The end result was the introduction by the company of its first ever vinyl replay source product, the BLP-1. Bryston did not tool up to manufacture the unit in-house, but worked with Akamai S.R.L of Italy to have most of the unit produced for it (Akamai markets its own high end audio products under the Gold Note brand, its Valore 425 turntable being reviewed here recently).

The BLP-1 measures a petite 16 x 42.5 x 35.9 cm, is relatively lightweight at about 12kg, and comes only in sombre black (unsurprising, perhaps, when you consider the company calls one of its loudspeakers the “Model T”), though the tonearm, motor, cylindrical feet and supplied record weight add some contrasting metallic tones to it. 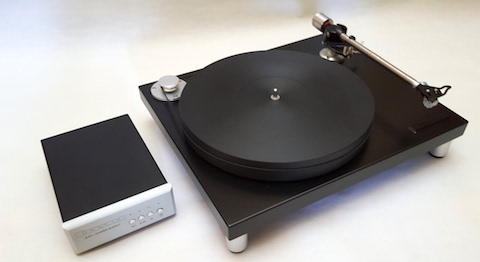 The BLP-1 is a non-suspended belt driven design with a 3cm thick mass-loaded non-resonant MDF plinth, which has the same circular cut-outs around the main bearing and motor housing as with the Valore 425, visible only from underneath, while its 3.5cm thick platter is made of Delrin. The key objective of the design is to banish or reduce resonances to the point it has no deleterious effect on playback but without compromising detail retrieval ability. The arm follows this brief, having an armwand consisting of a six-segment titanium tube of differing diameters with integrated headshell, claimed by Bryston to “effectively disperse non-musical vibrations”.

The unit also uses what looks like the same 12-volt synchronous low-speed/high-torque motor and hourglass shaped pulley I encountered with the Valore 425, only this time, rather than a dinky little plastic control unit and wall wart, the power supply comes in the same substantial half-width type casework with signature Bryston metal faceplate which also houses some of the company’s recent digital products. The power supply was designed in-house, so Bryston clearly did put its expertise in electronics design to work.

A clear acrylic dust cover is also supplied which, for me at least, was most welcomed. The lid, however, was not used during the review period as it had been unscrewed and safely packed so as to not be exposed to risk of damage, which was a fully understandable precaution by the local importer, this unit being the only one in stock in the country. Every part of the unit as a whole feels solidly put together. 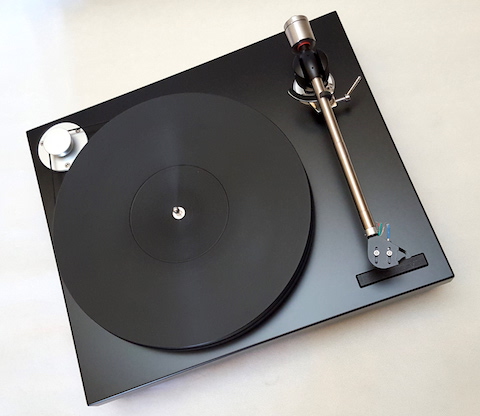 SETTING UP
There was little setting up for me to do with the review unit as the main bits had been put together by the local importer. Based on the manual, there seems to be nothing that would be too challenging for a user familiar with vinyl replay gear to hinder getting the unit up and running by himself. At this price level, I can’t think of any justification why the dealer’s assistance shouldn’t be mandatory if attending to a local purchase.

I did, nonetheless, check the unit to ensure nothing had gone wonky in transit. The aluminium feet were checked to ensure the unit was level, the detachable tonearm cable (provided as standard) securely connected, and upon inserting the drive belt and connecting the BTP-1 power supply to the motor via its mini-XLR plug. I found that speed was spot on (Bryston provided a 60Hz strobe disc in spite of the power supply being for a country with 220-240V/50Hz power supply, so I used my own). Users who need to do fine adjustments to speed may do so as the BTP-1 caters for this. Power to the motor is via push-button switches on the BTP-1 and so is speed change (33.3 and 45rpm only). 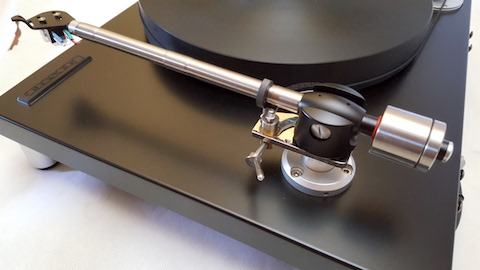 The tonearm permits both height and azimuth adjustment but is bereft of any anti-skating compensation. This seems a deliberate design choice as the Gold Note arms, which this model’s arm was based on, clearly do provide for it. Bryston is not the only one who holds the view that anti-skating adjustment is not strictly a necessity, but thinking back to the goals of eliminating resonance, this may have been omitted as a potential contributor, the issue of anti-skating perhaps being addressed in the tonearm design elsewhere but Bryston has chosen not to talk too loudly about it.

The review unit came mounted with a Denon DL103R, a low-output moving coil cartridge. I did not separately check the cartridge set-up apart from listening out for any clear cues of mis-tracking, expecting (and finding) none, as I was made to understand that the unit had been set up by the local importer , who has expertly set up more turntables in his lifetime than I am ever likely to.

LISTENING
This is one of those turntable combinations where you just instinctively feel things will be right the moment the stylus hits the groove. In fact, you hardly hear anything… and then, the music in all its glory comes at you, packed in a faithfully large, distinctively layered and extremely well-defined sonic picture, certainly at a level of definition I hadn’t thought any Denon 103 variant with stock body and stylus was capable of.

Overall dynamics were excellently portrayed, micro-dynamics being very quick – the combination let first-rate recordings come through with that little bit extra authority and extension, causing one to perhaps start contemplating that it may just be possible to convincingly replicate the feel of live performers in a room (we’re not quite there yet, of course).

Speed stability was among the best of the belt-driven units I have heard. Instruments and voices never wavered and seemed to be eerily present – their images don’t just seem to occupy space but had a degree of tangibility seldom encountered. Not only is there differentiation of separate instruments within the soundstage, the characteristics and texture of each, such as steel strings from wood body on an acoustic guitar, sound highly faithful. I have not heard my old Sonus fabers sound as fresh and alive for some time.

You don’t just hear the sonic subtleties better, like the finger-squeaks and attack of strings in the strumming and plucking process, you feel like you comprehend the intent and emphasis of the musicians’ playing better, too. A deceptively simple track like Eleanor McAvoy’s cover of Mercy, Mercy Me, which I have heard more times on digital than on vinyl, really yanked out the guilt and wannabe tree-hugger in me.

Bass notes were powerful and again, dynamic. What the Bryston combi managed to do in direct comparison with the in-house idler wheel driven brigade was sound more detailed and less “congested” overall, even if bass extension slightly (and I do mean slightly) was won on points by the TD124. How much of the percentage of the overall performance was due to the excellence of the turntable and how much of it due to the arm is difficult to judge, but what was clear was that, even with a relatively low-priced cartridge like the Denon, the level of performance was good enough to indicate that the BLP-1 was right up there with the best of its price peers, and I dare say better than many of those priced significantly above it. 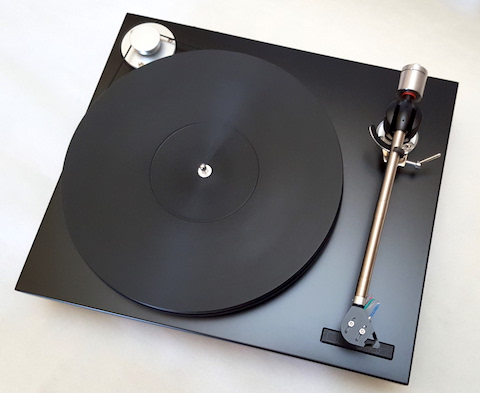 There is clearly more to be eked out – a better tonearm cable, siting on elaborate vibration resistant platforms, a madcap-priced cartridge hand-assembled by vestal virgins during full moons, etc, etc – but what I heard with the BLP-1 was in many aspects more articulate and better presented than my just-refurbished Thorens 124, which I have had no reason to be unhappy with since I got it back. The Bryston combination just had more in terms of clarity, focus and dynamic portrayal of well-recorded material, that extra edge-of-the-seat quality, even though I had never previously thought I was lacking those qualities from my own turntable combinations.

THE LAST WORD
The Bryston BLP-1 would be among the best performing turntables I’ve heard. “Best performing”, to me, does not necessarily mean I have perceived any particular design to be ostensibly so superior to all its peers in every material sonic aspect that it can be claimed to be at the leading point of the bell curve, but that it would do so many things so well with no clear faults that music listened through it is such a near-spiritual experience that surely that turntable combination should take a well-deserved place among the front running pack.

It certainly opens up a considerable (and for my money, significant enough to be readily worth paying for) gap against the high value for money Rega P6, Project Classic and Gold Note Valore 425 level offerings that I reviewed in recent time, and going back to the in-house units after having returned the review unit, I miss it dearly.

At its price, the Bryston deserves your time for audition even if you are in a position to spend considerably more. So, what about those who need a sexier looking turntable but are taken in by the performance of the BLP-1? Well, given that the dust cover is transparent, you can always leave a Debbie Harry or Lita Ford picture disc LP or 12-inch single on the platter, can’t you?