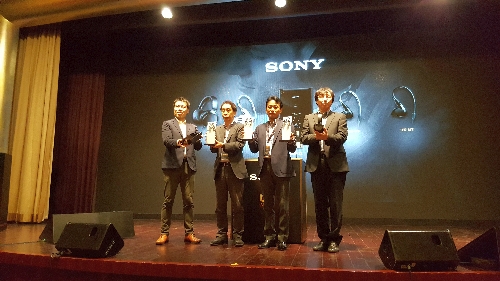 HONG KONG (Aug 9, 2018): Sony today launched five new products aimed at headfi and personal audio enthusiasts. The Asia-Pacific media had the honour of being the first to witness these products, due to the region’s market dominance in this field.

Two new products in the Signature Series are the DMP-Z1 digital music player and the IER-Z1R in-ear headphones.

The next iteration of Sony’s new premium wired headphones, the MDR-Z7M2, was also revealed to the press and dealers through the region.

The Japanese electronics giant also entered the stage monitor headphones market with the
IER-M9 and IER-M7.

The event was held at the Grand Hyatt here.

The IER-Z1R and DMP-Z1, both carrying the High-Resolution Audio badge, form a new line of Sony audio products that expands its Signature Series and showcases the company’s long-time pursuit of sonic excellence. According to Sony, “the Signature Series advances sound to an entirely new realm of audio engagement – taking the experience from listening to feeling it.”

The DMP-Z1 isn’t exactly a portable player, which is why Sony hasn’t used the “Walkman” badge for it. This is more akin to a desktop unit, with a volume control, headphones output and USB in/out. It does DSD Native up to 11.2 MHz, and works off five battery cells – unusually, the player will operated even while being charged.

It comes with 256GB of on-board storage, and additionally has dual micro SD card slots. Dual AK4497 DACs do the conversion, while the amp section is analogue. The display is located on the top panel, along with an analogue level meter. 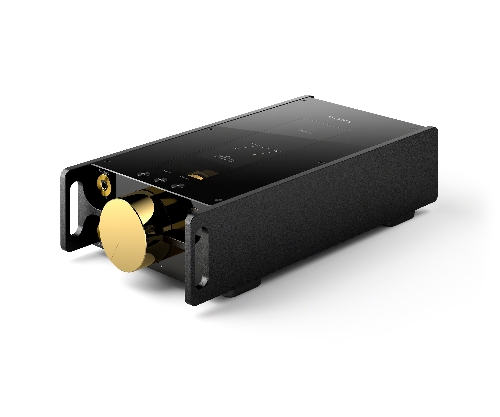 It has a housing designed for comfort and includes pre-formed ear hangers and a variety of ear buds for optimal fit. The zirconium alloy outer housing has a Perlage pattern face plate, and the whole unit is crafted and designed in Japan using superior materials. 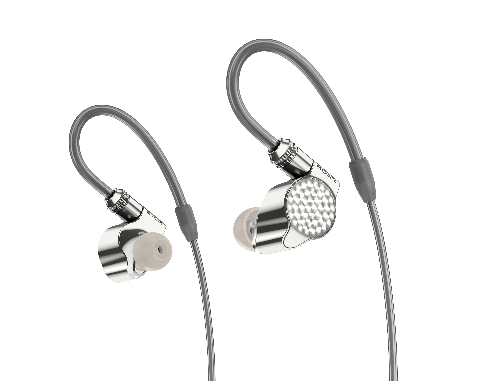 The IER-Z1R and DMP-Z1 will be available in Malaysia from mid-October 2018, tentatively priced at around RM7,500 and RM30,000 respectively.

The circumaural design MDR-Z7M2 is the successor to the highly-acclaimed MDR-Z7 and inherits the flagship MDR-Z1R’s technology from the Signature Series, like the Fibonacci-patterned grill and a F4.4mm balanced connection cable.

According to Sony, the closed-back MDR-Z7M2 features “a wide frequency response and dynamic range and a linear plane wave, offering listeners realistic reproduction of air around musical instruments and voices; a three-dimensional and spatial sound experience existing in a live music space.”

The MDR-Z7M2 uses a 70mm HD driver along with an aluminium-coated liquid crystal polymer diaphragm, where the dome is upsized and profile optimised. The frequency ranged covered is 4Hz to 100kHz.

The ear pads are made of very thick low repulsion urethane foam for long-wear comfort. Sony emphasises these qualities for the MDR-Z7M2 for user comfort: “To improve the wearing comfort of the MDR-Z7M2, it features three dimensional sewing, ergonomically shaped ear pads, and aluminum alloy hanger and slider for light weight. These changes ensure a higher level of comfort even during long periods of wear and less pressure on the head. Three-dimensional sewing on the ear pads ensures an ergonomic shape designed to fit the unevenness of the head and gives even pressure throughout the area. This reduces sound leakage by increasing air-tightness, delivering powerful heavy bass to the listener. Soft urethane foam cushion with moisture absorbing and releasing characteristics were chosen for the surface of the ear pads to reduce the feeling of stuffiness and provide a comfortable extended listening experience.”

Sony says this Mk 2 version has improved clarity over its predecessor. There is a special acoustic port on the housing that controls air flow behind the driver and optimises diaphragm movement when reproducing low frequencies. This also improves transient characteristics in bass sounds and delivers the rhythm in music accurately, says Sony.

Standard unbalanced and  balanced cableS are provided, with a screw lock-ring mechanism for enhanced durability. Silver coating is used for the copper balanced cable to allow for finer details, smoother treble and less sound degradation. There is a Kimber Kable option sold separately.

Also available in Malaysia from mid-October, the MDR-Z7M2 is expected to retail at just under RM3,000. 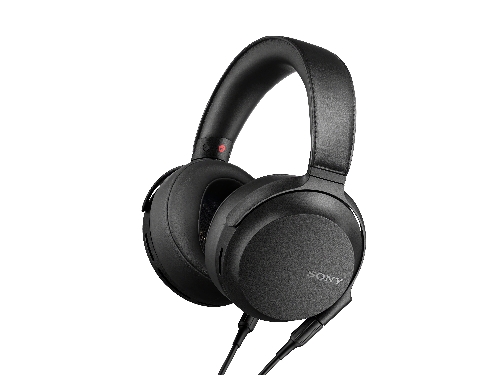 The IER-M9 and IER-M7 mark Sony’s entry into stage monitor headphones, designed both for musicians and audiophiles. Sony says they provide “the best tonal balance for monitoring your play on stage with absolute sound isolation and a stable fit to avoid the headphones falling off during performance… these headphones are developed to monitor even musical expression with addition to tone colour and rhythm… even audiophiles will be able to experience first-hand this musical expression tuned for professionals.”

A newly-developed multi balanced armature are central to the IER-M9 and IER-M7. The IER-M9’s penta driver system includes a super tweeter while the IER-M7 has a dual driver system.

Note that all prices given are estimates and subject to change at release date. For more information, check the Sony Global Web Site.

Rogue Audio Cronus Magnum II – is this the one?
At the Hong Kong High-End Audio Visual Show 2018