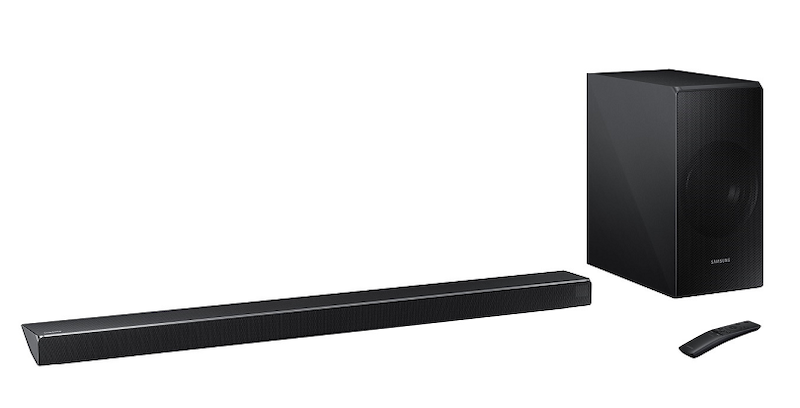 + Convenience; clarity; uncluttered sonic presentation that works very well with streamed music; wide spread of sound in AV mode; sleek and out-of-the-way design (like most of the competition).
– Bass has limitations and perhaps not always as impactful as it should be.
Sound: 7/10
Value: 7/10

SOUNDBARS are not for everyone, especially not for the hard-nosed AV enthusiast – and who can blame them? A system of separates almost always outguns something designed chiefly for convenience. Well, at least, that was the idea when the first soundbars surfaced years ago… since then, the technology has evolved, and there are some models that cost as much as a complete 5.1 system. Surprisingly, they work pretty well sonically, too, from some aspects at least… as in the case of the Samsung HW-N650. 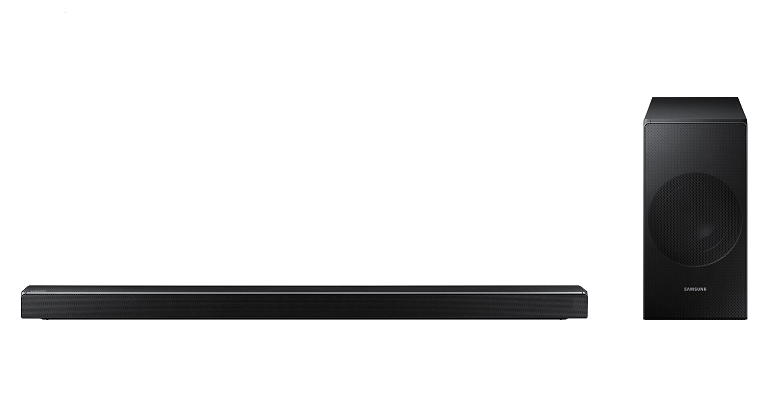 It’s a 5.1 system, putting out a total of 360 watts, perfectly fine for smallish rooms. The package includes the main, sealed-box slimline unit that apparently has eight speakers, and a wireless bass-reflex active subwoofer that automatically pairs with it when both are powered on.. not having to mess around with wired connections and network settings is always a good thing for me.

The subwoofer uses a 6.5-inch driver and goes down to 42Hz or whereabouts, while the upper reach of the system is 20kHz. Rear speakers are optional. The HW-N650 uses the new “Acoustic Beam” technology, via which the various drivers direct the some of the audio signals to reflect off the room’s walls and upwards, for a more immersive experience. 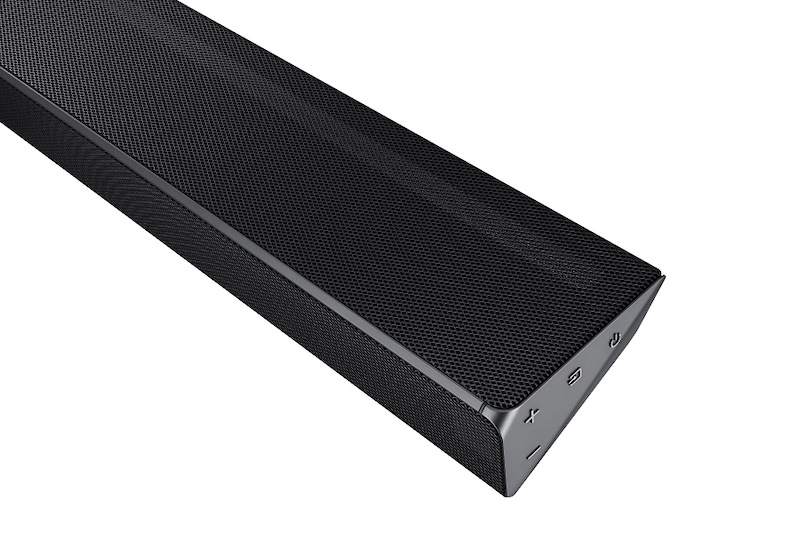 The 5.1 refers to it being both Dolby Digital and DTS compatible… additionally, what Samsung gives you is “Surround Sound Expansion (SSE)”, or virtual surround. There are three sound modes – SSE, Standard and Game.

It does Bluetooth 2.1, which is great because you can stream Spotify from your phone or tablet when you get fed up of watching TV. Some compatible Samsung can also be linked to the HW-N650 for complete wireless connectivity. The Samsung One remote unit is provided for easy control; there’s also an Android app available for the soundbar.

On the video side, there are both 3D and 4k pass modes, while for audio, the compatible decoding formats are AAC, MP3, WAV, OGG and FLAC. Inputs provided are optical, ARC (HDMI out), aux, HDMI and USB. The digital optical link was used to connect the soundbar and TV set. 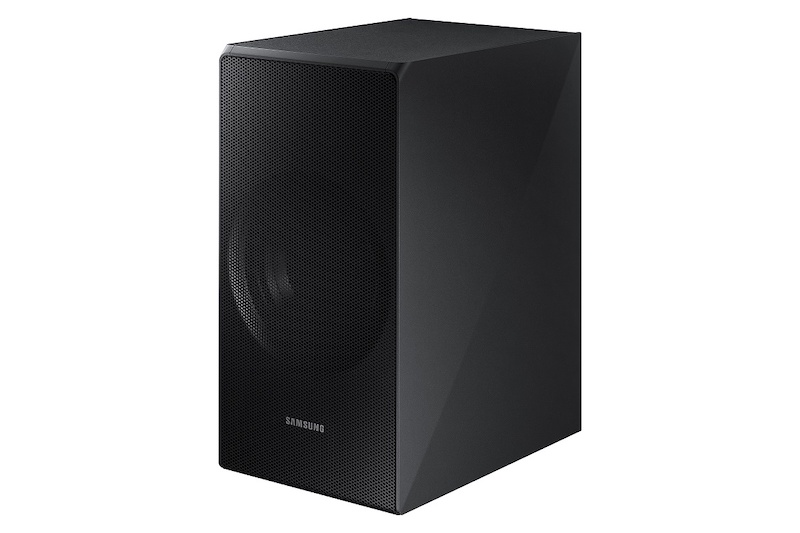 LISTENING
The HW-N650 was hooked up to my Samsung 55-inch TV, with Netflix providing the main source of entertainment. I was more impressed with the convenience – the sub powering on and pairing up automatically – than with all the audio qualities. No doubt, there was a step up from the TV’s built-in audio, with more power and better bass. The sound was pretty well balanced  in standard mode, although not spectacular; it took the surround mode for a significant improvement over the TV’s sound.

However, if you’re looking for visceral thrills, especially in the nether frequencies, you won’t find much to get excited over when playing movies or TV shows. While the simulated surround makes for a more spacious sonic spread and immersive experience, especially in a small rooms, the bass is almost polite.

The subwoofer volume can be increased in three dB steps, but this doesn’t necessarily add impact… in fact, depending on room and positioning, it can lack detail and even boom a bit. I can’t say if it would work in gamer realm, as I don’t do games. What does keep the Samsung going are the clarity of dialogue and stage… and if you’re working in a small room, this will most likely keep you happy. 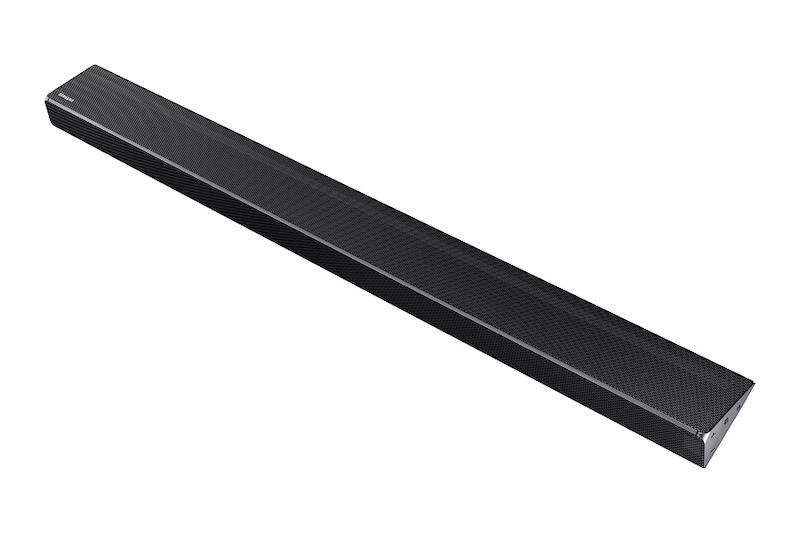 It was when I streamed music via Spotify from my phone, that I better appreciated what this soundbar could do – here, it sounded well balanced tonally, with a high level of clarity. It, of course, is all about crystal-clear sound from the digital perspective, and for many, this is all that’s necessary. Importantly, the HW-N650 is rhythmic enough to get the feet tapping in time with the beat. Many potential users will be accessing their music via a streaming service, and the soundbar/sub combi come through in this area.

THE LAST WORD
It’s certainly not the ultimate in surround sonics, but the Samsung HW-N650 delivers in in the areas of convenience and integration. I won’t argue that it expands on the TV’s onboard sound (especially of you keep the TV volume up), and provides a decent simulation of surround, subject to the space/size factor.

I would recommend it for the convenience and price (right now, you can find it at well below the given retail quote)… but if you’re willing to shell out more, I’m betting there are other soundbars that deliver more sonically.