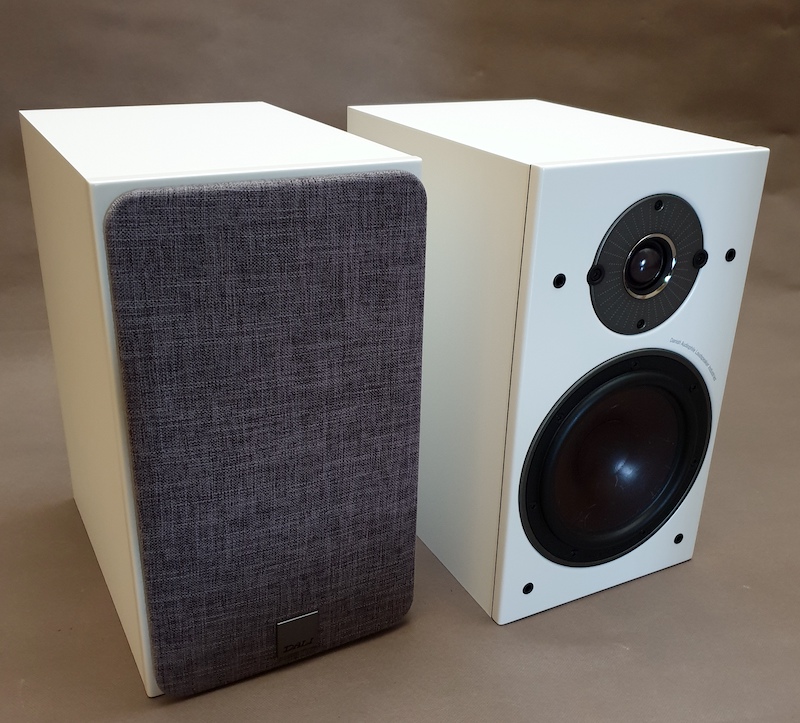 + Engaging; wide soundstage; easy placement, does not need to be toed-in for sweet spot.
– Bass does not resolve as deep as the Elac Debut B6. White colour option requires careful handling. Nothing else at this price point.
Sound: 9/10
Value: 9/10

IT was just some six months ago that this website reviewed the Dali Spektor 2, the Danish loudspeaker’s entry-level stand-mount. And now Dali has a brand-new range that sits just above the Spektor, called the Oberon.

There are six models in the Oberon line-up and the Oberon 3, which is the subject of review here, is the larger stand-mount speaker to the more compact Oberon 1. The Oberon 3 brings the best of both worlds, combining the large sound of a floor-standing speaker with compact stand-mount footprint.

Apart from its signature wood-fibre cone woofer, Dali has included another bit of tech called Soft Magnetic Compound (SMC) in which the magnet motor incorporates a pole piece capped with SMC, resulting in an improved flux field and reduced mechanical distortion. 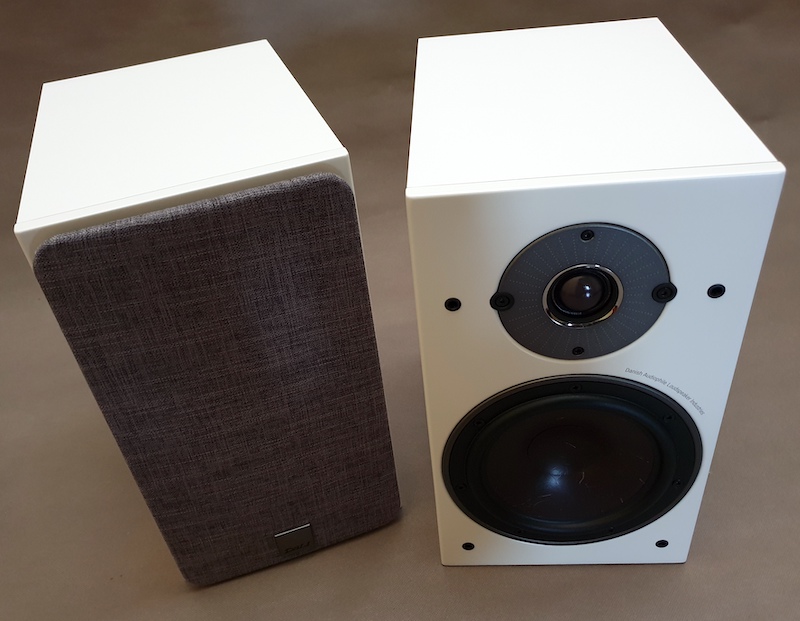 SETTING UP
The Oberon 3s certainly look nice. Measuring 350 x 200 x 315mm (h/w/d), they blended contemporary design through the use of rounded edges and rustic fabric on the front grilles. The review unit was white with mountain grey coloured grille and it blended effortlessly with my existing home furnishing (which happens to be white as well) so much so that the wife did not realise that the resident Elac Debut B6 had been swapped! There are four colour options to choose from – black ash, light oak, dark walnut and white.

Build quality, fit and finish are high as would be expected from such a reputable loudspeaker maker. The only caveat with the white finish is the need for careful handling as scratches can easily peel off the vinyl wrap, revealing the MDF below. I found the cabinet well damped and braced, with no audible ringing during a knuckle wrap test. 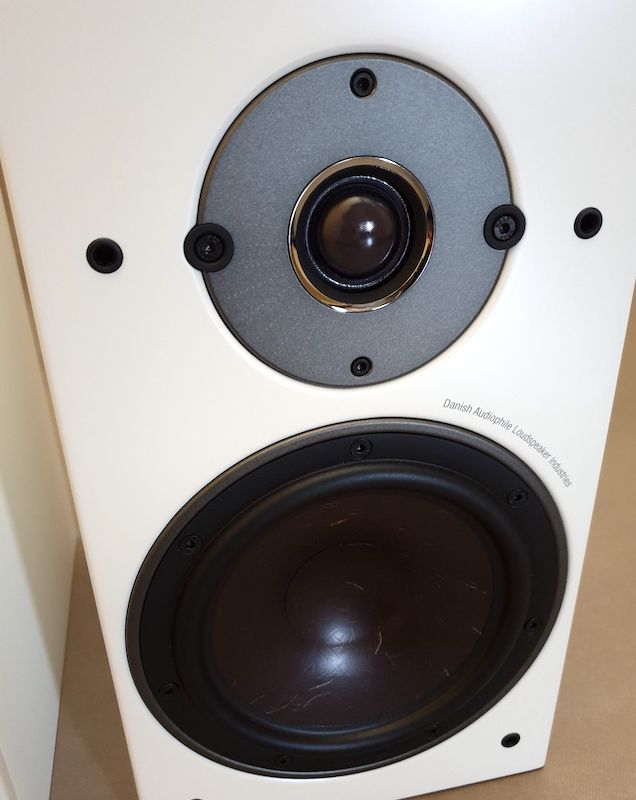 The Oberon 3 is a two-way bass reflex design and comes with just a pair of speaker terminals each, so bi-wiring fans will need to bear this in mind. Each cabinet is equipped with a 29mm soft textile dome tweeter and a seven-inch wood fibre cone. Sensitivity is rated at 87dB at 2.83v/1m and nominal impedance is six ohms.

The recommended amplifier power is between 25 and 150 watts while frequency response comes in at 47-26,000Hz. The Oberon 3’s specs are very similar to the Debut B6. Interestingly, Dali states that all its speakers – including the Oberon series – are designed not to be toed-in. “This is important as you are rarely seated directly in front of your loudspeaker when listening to music,” it says. Well, the proof will be in the listening.

The Oberon 3s were placed on 24-inch stands about two meters apart. The primary daily driver was Spotify Premium (16-bit/48kHz) fed via optical into the Chord Mojo which then fed into the Rega Elex-R over a 3.5mm-to-RCA cable. For serious listening, lossless (FLAC) tracks were played back via foobar2000 music player with the Mojo doing all the data crunching. 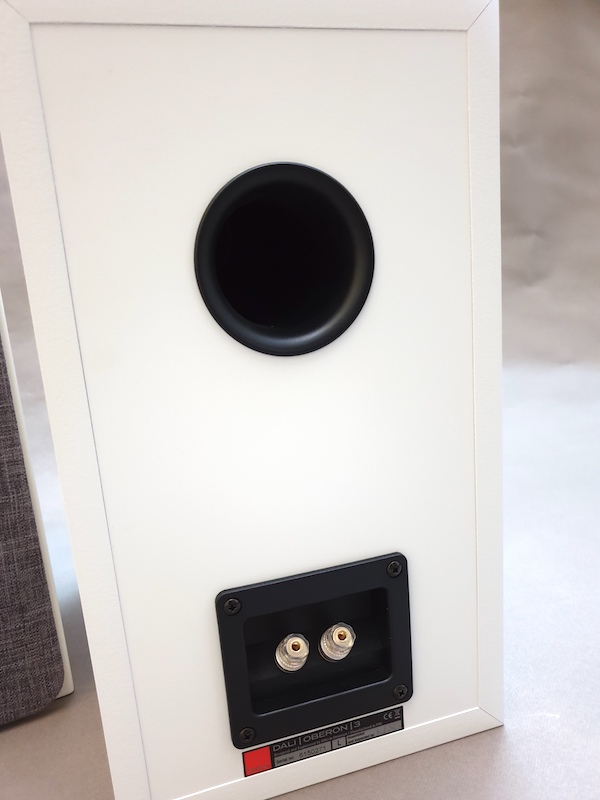 LISTENING
The most obvious audible changes when the Oberon 3 took over the Debut B6 were the clarity and wide soundstage. My regular Spotify song playlists had more pizzazz and bite which made the listening experience refreshing and exciting. Listening to Lee Ritenour’s River Man, the rasps of Kurt Elling’s baritone voice just comes thru silkily via the Oberon 3 unlike the Elac B6.

With high resolution material, there were several occasions the Oberon 3 delivered a very palpable experience – something I really did not expect to hear from stand-mount speakers at this price point.

Albums like Songs From The Big Chair by Tears For Fears (24/96) and Anita Baker’s Rapture (24/192) were just a joy to listen to, with the Oberon 3 providing a more lifelike and authoritative rendition of the tracks compared with the B6.

The speakers were also easy to drive. Throughout the whole review period, the volume pot hovered around the 9 o’clock position as the speakers had enough volume to fill my living room space. 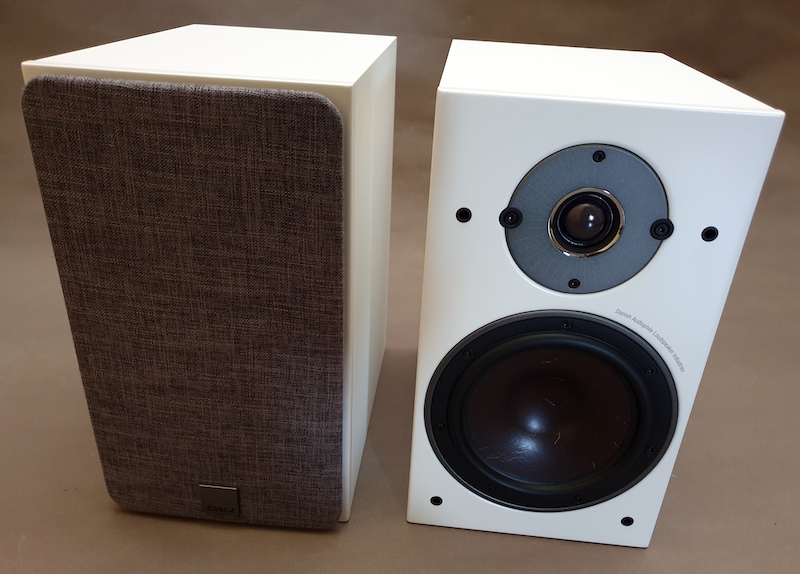 Separation was good across the low, mid and high frequencies. On tracks like We We We We (La Grev Bare Mwen) by Jowee Omicil and Cruising Altitude by Victor Wooten, Dennis Chambers and Bob Franceschini, percussions, synthesisers, bass notes and vocals can all be heard distinctly yet woven very nicely together.

What was noticeable to my ears was the Oberon 3’s inability to dig deep in the lower registers. On the track If You See Her by Lany, the Oberon 3 could not resolve the lower octaves in the same way as the B6 could. Similarly, the bass extension to the track Better by Khalid was just far richer on the B6 than the Oberon 3. However, the Oberon 3 delivered a better musical experience across the board on both tracks.

THE LAST WORD
Don’t get me wrong, the Oberon 3 can resolve bass notes well and it does not sound muddy, but if bass grunt matters to you, it may disappoint in this space. It is also worth mentioning that Elac has since upgraded theB6 to Debut 2.0 B6.2, so the revision could sound a whole lot different, and better perhaps.

The Oberon 3 is an excellent all-rounder which performs way above its price point. The fact that my wife now says the resident speakers sound somewhat “boring” shows that the Dali Oberon 3 deserve to be in your shortlist if you’re in the market for an engaging stand-mount speaker that is as musical as it is easy to use.