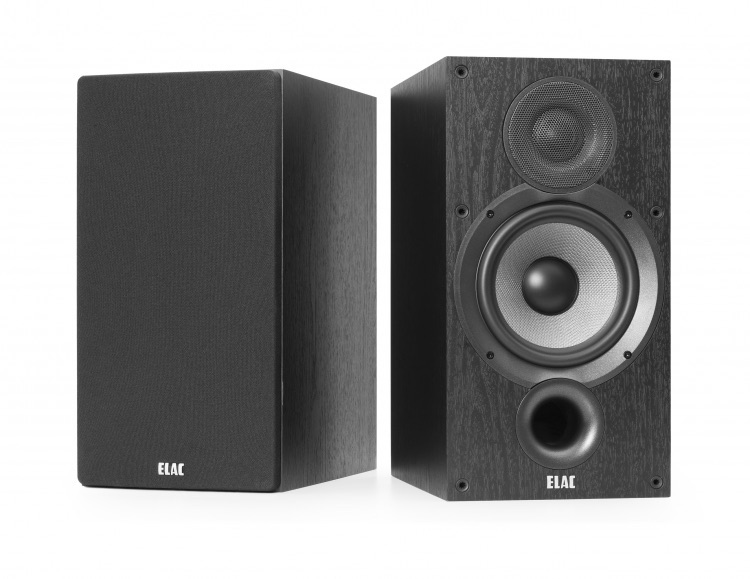 + An honest, musical all-round standmount speaker; re-designed drivers deliver highly improved mid-range and high frequencies; easy to drive and place.
– Bass not as extended compared with Debut B6; comes in only one colour.
Performance: 9/10
Value: 9/10

IT was back in August 2016 that ELAC’s first-generation Debut B6 made its “debut” here in audioFi.net; in 2018, the company revised the range with the Debut 2.0 series.

There are seven models in the Debut 2.0 lineup and the B6.2 sits just below the ELAC F5.2 floorstander. Having recently reviewed the Dali Oberon 3, it only seemed logical to get my hands on the B6.2 and hear how it pits against the competition.

ELAC says everything about the Debut 2.0 series has been improved, including completely redesigned custom drivers that deliver greater accuracy, and stronger cabinets for higher resolution and freedom from resonances.

SETTING UP
The B6.2 features a new one-inch silk-dome tweeter with a wide dispersion waveguide that can produce a response of up to 35,000Hz, much higher than the 20,000Hz on the first-generation model. ELAC says the waveguide improves directivity control and eliminates the diffraction modes inherent in traditional box enclosures.

The B6.2 also uses a new 6.5-inch woven Aramid-fibre woofer with a revised cone shape that is said to offer greater stiffness and damping, resulting in a smoother, extended low-frequency response.

Another change is the relocation of the dual flared bass port, which is now in front. This makes placement against walls or bookshelves much easier. 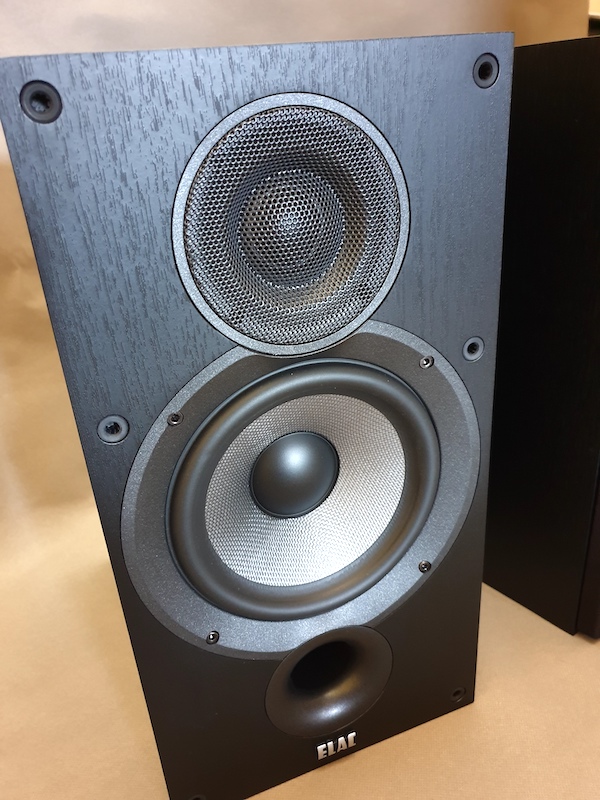 The B6.2’s sensitivity is rated at 87dB and nominal impedance is six ohms. Maximum power handling is 120 watts while frequency response comes in at 44-35,000Hz. It is equipped with a pair of speaker terminals and comes in one finish only – black ash vinyl. To me, it would not hurt to have a few colour options on the cards as I feel black can be a tad bland. Overall build quality, fit and finish are very good.

The review units were placed on 24-inch stands about two meters apart with the TV in between, slightly toed in at about 20 degrees towards the listening position and about two feet from the back wall. The primary daily driver was Spotify Premium (16-bit/48kHz) fed via optical cable into the Chord Mojo, which then feeds into the Rega Elex over a 3.5mm to RCA cable. For serious listening, I used lossless (FLAC) tracks played back via foobar2000 with the Mojo functioning as the DAC.

LISTENING
The review pair had about 20 hours clocked in. During my initial listening session, there was an immediate noticeable difference in the midrange and high frequencies compared with the resident Debut B6. Vocals sounded more pronounced and there was just so much more clarity in the upper range, whether it was music or movie playback.

But what caught my attention was the bass – and the lack of it. I wasn’t expecting the B6.2’s bass performance to be altered considerably from the B6 as that was one of the older model’s strengths. I gave the speakers more time to run in over the next couple of weeks before doing some serious listening.

And thankfully, the speakers bloomed – in bass and across the board, but only after hitting the 150-hour mark. The B6.2 definitely requires considerable run-in time to sound its best and one will be rewarded for doing do. These speakers really get to the heart of the music.

I could feel the sense of ease and lightness of touch in Arturo Sandoval’s trumpet on the track People, which also features Stevie Wonder on vocals and harmonica. There’s wonderful body to the whole arrangement, with percussions having texture and layered nicely together. I found it easy to appreciate Wonder’s vocals and deftness on the harmonica via the B6.2, which was just involving as it accompanied Sandoval’s arrangements.

While the bass on the B6.2 opened up considerably and became fuller in body, to my ears, it remained unmatched to its predecessor. On tracks such as Khalid’s Better and Lany’s If You See Her, the bass impact of the B6.2 somehow did not stir me in quite the same way as the B6. I suspect this has to do with the relocation of the bass port.

However, the B6.2 more than made up for this in the tracks’ vocals and electronic backing arrangements. There was plenty of detail brought to the fore and all very truthfully articulated. The opening of Indra Lesmana’s Mystical Glow gives the listener a vivid portrayal of traditional Indonesian percussions, accompanied by Lesmana’s melodic piano arrangement. The B6.2 handled it all with ease and poise. These speakers are quite special – and they pack a punch way above their title of budget speakers.

My favourite go-to high-resolution tracks are from albums Songs From The Big Chair by Tears For Fears (24/96) and Anita Baker’s Rapture (24/192), and both these tracks sounded big, bold and fluid with an added touch of clarity, given the B6.2 ability to better resolve higher frequencies.

Designer Andrew Jones’ wizardry in the Debut 2.0 series shows and the B6.2 is definitely a step up sound-wise from the B6 it replaces. This is quite a testament considering that the first generation B6 made headlines for performance which belied its price point.

THE LAST WORD
If I were to choose a word that best describes the B6.2, it would be honest. No matter the type of music, I never detected any coloration. Just honest music. That being said, one still needs to be aware of the quality of the tracks being played. Poor recordings will sound poor, these speakers won’t magically enhance what you play through them. And don’t expect an “out of the box” experience either because the B6.2s won’t give you that despite their musical capabilities.

These speakers, however, pack a sound that belies their size, for a very modest investment. And while they may not score much in looks for some, they definitely shine in performance. And if I had to compare the B6.2 with the Oberon 3, I would say the latter adds a touch of refinement, scale and a choice of colour options. However, the Oberon 3 is almost RM1,000 costlier.

The B6.2 retails at RM1,790 per pair, only RM100 more from what the B6 cost more than two years ago. In my view, this is stupendous value. If you’re a hi-fi enthusiast just starting out or looking at putting together a secondary system, do yourself a favour and buy a pair – you won’t regret it!

Loudspeakers, Reviews
ELAC Debut 2.0 B6.2
Boulder’s 2108 phono preamp will cost you a princely sum
PS Audio’s Stellar gets a power plant… the P3