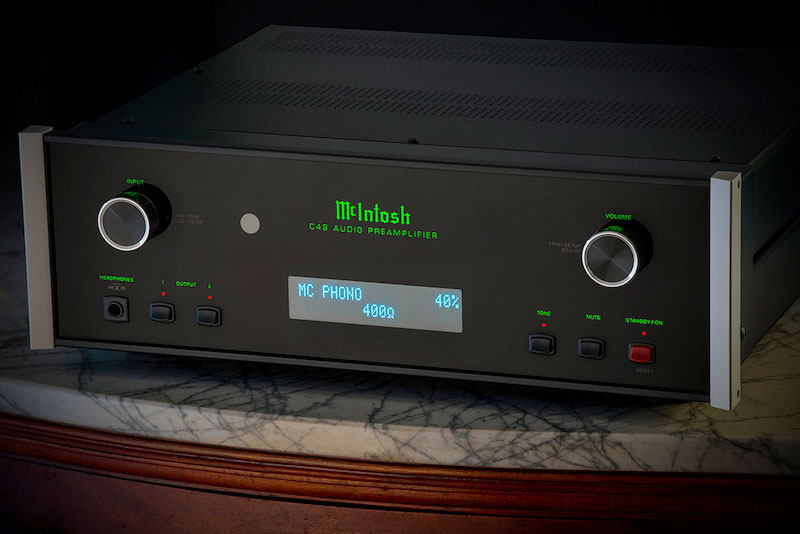 McIntosh Lab’s new solid-state C49 preamplifier has a feature that ensures its owners will never get left behind in the digital technology stakes – its DA1 digital audio module is swappable whenever there’s a new one featuring the latest technology.

This, says the company, will allow users to “keep their C49 up to date with digital music formats and is viable well into the future.”

Apart from this, the C49 has a multitude of inputs; on the analogue end, there are two balanced and three unbalanced inputs, and additionally, two phono inputs (one MM and one MC).

On the digital side, it has six inputs on the DA1 module – two coaxial, two optical, one USB and one proprietary MCT (for use with McIntosh’ MCT series of SACD/CD transports).

“The DA1 is powered by an eight-channel, 32-bit digital-to-analogue converter that is used in Quad Balanced mode; it supports up to DSD256 and DXD 384kHz for playback of high-resolution audio,” the company adds.

All 13 inputs can be named individually to simplify system set-up and control.

The C49 is available for order now, with shipping expected to commence this month.