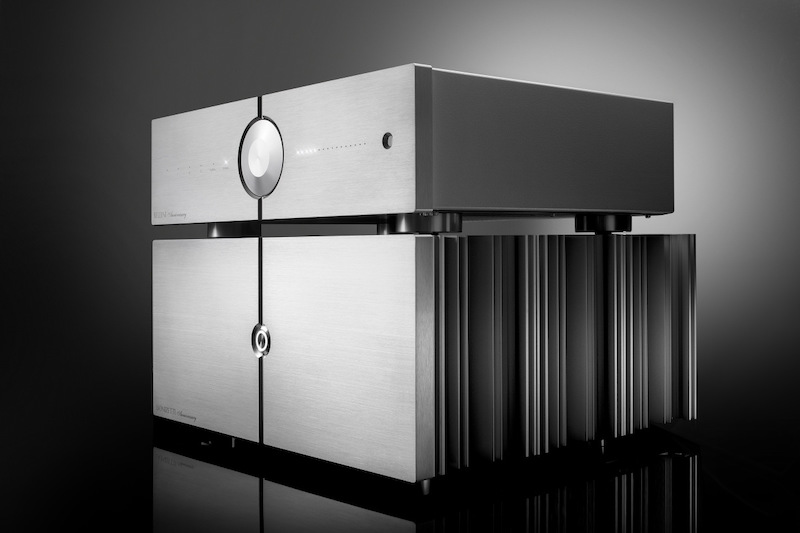 ITALIAN hi-fi brand Audio Analogue returns to its past to resurrect a pre-power amplifier combo for its Anniversary line-up, but in name only – the newly-announced Bellini preamp and Donizetti power amplifier are very much contemporary designs, featuring completely new designs and topologies.

The Bellini preamp, a fully differential, zero global feedback design from input to output, “takes its inspiration from the preamp stage of the brand’s Maestro Anniversary integrated model, but then pushes the design further.”

“The complex four-layer circuit board has been carefully thought out, positioning each component to minimise noise as well as carefully routing the input, output and control signals so that any potential noise is eliminated.”

The company says only audiophile-grade components are used throughout, while relay-operated switches ensure linearity, and internal wiring is with 7N purity OCC copper cables.

“Rather than use a traditional potentiometer volume control, the Bellini uses the purest form possible: a ladder of carefully selected fixed-value resistors..”

“The amplifier has a complete dual-mono configuration even down to having two separate 1200VA toroidal power transformers. The circuit design also features SeGeSTA, using only discrete components, and with 12 bipolar output transistors per channel. Again, a four-layer printed circuit board positions sensitive components as far from the power transformers as possible and ensures that the input signal path never crosses that of the output signal. All components are of the highest level, from military-standard resistors to audio grade capacitors, 7N purity OCC copper wiring and gold-plated connectors.”

Want more power? The Donizetti can also be operated in mono, so with two in tow, you’ll be getting a whopping 500 watts per channel into eight ohms.