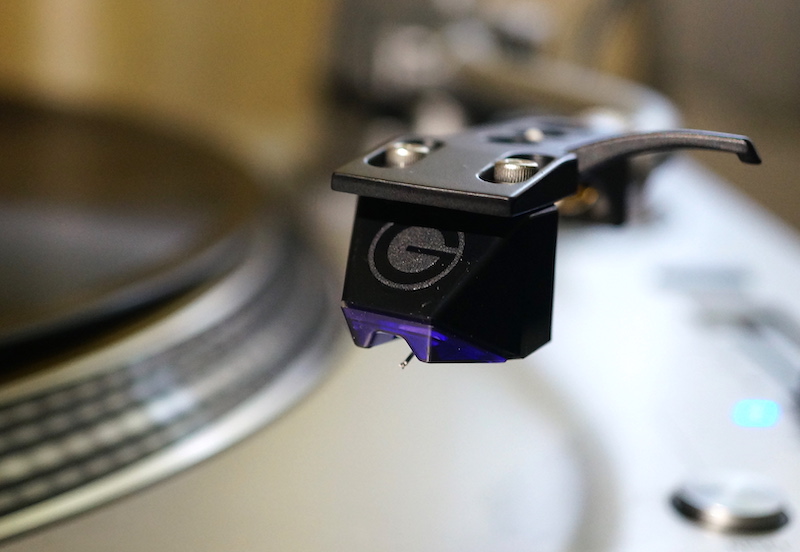 + For the modern audiophile, with a clean, accurate and uncoloured sound; pinpoint soundstaging capability; dynamic pace; user-replaceable stylus module; price.
– Lacks the analogue feel; a tad bright and fatiguing but this can be managed through careful phono stage matching.
Sound: 7/10
Value: 7.5/10

CARTRIDGES are a vinyl lover’s best friend. They are the front end of a turntable set-up, and determine the quality at source while leaving you to iron out the rest of the value chain at your own pace. Over the years, I have discovered many bargain basement value-buy cartridges, such as the infallible Rega Carbon that punches well above its weight.

I have never owned or listened to a Goldring cartridge, hence, it was refreshing to have a new perspective through my turntables when the E3 moving magnet (MM) landed on my doorstep. Founded in 1906, Goldring is one of the oldest surviving cartridge manufacturers around, and is known for its popular range of moving iron models.

SETTING UP
The E3 comes in a black box with minimal markings. Once it is unboxed, you are greeted by two beautifully crafted gold rings set against a black body – they are actually the threaded holes of the mounting screws, the type more often provided with high-end cartridges. The bulky, angular moulded plastic body reminds me of the Ortofon 2M series, a bloated version of the Borg mothership from Star Trek. The user-replaceable slide-in stylus module at the bottom of the cartridge body differentiates the E3 from its lesser siblings.

The E3 has an aluminium cantilever tipped with a fine 0.3 x 0.7mm profiled bonded elliptical stylus. The dual-magnet MM engine design allows for better stereo reproduction, drawing similarities with the popular Audio-Technica AT95E series. Clearly-marked terminal pins make connection a breeze. The screws are Allen key bolts, which add some class to the entire package. The only caveat is that you may need longer screws for installation if you are using a thick headshell.

The first task was to match the 20 µm/mN static compliance of the E3 with an appropriate tonearm. It was either my Micro Seiki MA-505 mounted on Micro Seiki DDL-60 turntable, or the magnesium alloy tonearm on the SL-1200GAE, both lightweights with effective masses of 8g and 11g. The Micro Seiki got the first bite via a Gold Note PH-10 phono stage. Phono loading was set to the MM standard of 47kOhm.

LISTENING
Jaw dropping reaction? No, it didn’t happen. The higher registers dominated my first impression. The choice of music was a simple classical piece, Frank Liszt’s La Campanella, a half-speed mastered Reference Recording recital by Minoru Nojima. The midrange harmonics were largely overpowered by the sharper overlays, which resulted in a brighter reproduction sans the usual layers of lower accompanying harmonics from the piano chords. I was missing the feathery finger work of Nojima – that airiness blooming from each repeated rapid strike of his right hand contrasting with the ever gentle play of his left hand. The pricier Nagaoka MP-200 achieves this par excellence.

The E3 sounded best tracking at 2.1g with anti-skate set at 1.0g. Slight improvements were obtained after I reduced the overhang marginally while increasing the anti-skate a tad to see if it improved, before reducing the rake angle for the final attempt.

I now heard a better sense of musicality, and more defined weightier notes with increased authority as Nojima played away. Although promising, the E3 still lacked the emotional involvement I crave, compared with the MP-200 on the same tonearm.

Next up was Living Stereo’s Paganini: Violin Concerto No. 1 & Saint-Saëns: Introduction et Rondo Capriccioso, with Erick Friedman on lead violin. The full swing burst from Chicago Symphony Orchestra conducted by Walter Hendl drew a broad smile from me as it went as swiftly as it came. I found myself leaning forward a tad, anticipating the transition into the cascading flows from the bank of violins that would be shortly brushed clean by the brass instruments thereafter. The decisive movements of the bow in the solo by Friedman stood prominently within the soundstage, with layers of the other orchestral instruments occasionally coming into play. The quiet background with minimal surface noise accentuated his solo passages. Here, the E3 is miles ahead of the flattish Rega Elys 2 and much closer to the Rega Exact.

You are more likely to enjoy the pace and quiet serenity of the E3 rather than being able to hear Antonio Forcione’s finger work on his guitar in his brilliant album with Charlie Haden, Heartplay. Turning to Mussorgsky’s Pictures at an Exhibition with maestro Fritz Reiner and the Chicago Symphony for a confirmation on scale and dynamism, I found that The Gnome didn’t have sufficient definition and weight from the thunderous instruments to usher you into Gnomus’ castle. The rumble was absent. Perhaps the E3 would perform better with a change of genre, like something from the 1980s?

A change of tempo to Radio Gaga from an early pressing of Queen’s The Works got my Guarneri Homage thumping, as if I were listening to the BBC’s Top 10 countdown on 6.195 MHz every Thursday. At this point, I moved the E3 over to my Technics 1200GAE for a difference interpretation. Mercury’s voice had the confidence and authority ahead of the dynamism exuded by the band. The E3 rocked, with foot-tapping rhythm and a fair degree of bass weight. This is where the brighter side of the cartridge showed its colours, with percussions shining dazzlingly. I was torn between the more musical and fuller bloom of the Carbon and the energy-radiating engine of the E3, which can be fatiguing after a while.

THE LAST WORD
The E3 is similarly priced as the Elys 2, which I owned before replacing it with the Exact. If you like the signature of the Exact but lack the budget, the E3 should please you no end with its similarities, making it a bargain.

It’s not granular with details, but I found the E3 to be on the brighter side, with the lower midrange notes overshadowed as a result. You do, however, get excellent soundstage and focus as a result. The difficulty I had with the E3 was with its modern interpretation of analogue reproduction. I found it leaning more to accuracy to please the current market demand – there were times when I had a glance to see if my SACD player was actually playing!

With the E3, you have to compromise lushness and musicality for dynamism. However, careful matching of phono stage can tame its character, if that’s what you want. As for me, being the old school analogue junkie, I will pass but for all the rock fans and brassy lovers out there, I recommend that you have a go at the Goldring E3.