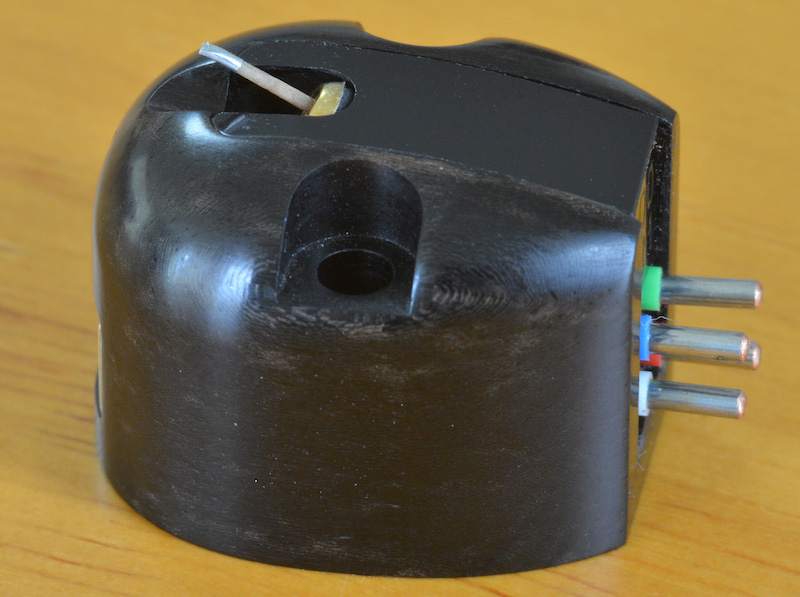 THE Japanese make some of the world’s finest and most exotic phono cartridges, occasionally using materials you’d never expect to find on any hi-fi equipment in their quest to be as faithful as possible to the essence of the recording. Noriyuki Miyajima used a cantilever crafted from bamboo on his legendary Madake cartridge… now comes the Saboten L, a low-output moving coil design with a line-contact stylus, which has a cactus-spine cantilever. “Saboten” means cactus in Japanese.

Apparently, he he spent several years searching for the “right” cactus plant with a “just-so strength” and, once he found it, spent several more years cultivating the cacti in question.

According to the press release, the Saboten’s line-contact diamond stylus is “fixed to a short, tubular end-piece of aluminium, which is cemented to the end of the cactus spine. The aluminium end-piece is precisely angled to achieve the ultimate mechanical linearity; it positions the stylus tip very close to the central axis of the cantilever and coil assembly.”

A further explanation reads: “The benefits of this can perhaps be best understood by way of a comparison – consider the offset position of a tonearm headshell. The offset induces the skating force that a tonearm’s anti-skate is designed to counteract. If there was no offset, no skating force would be generated in the first place, hence there would be nothing to counteract.The Saboten’s two-piece cantilever virtually eliminates comparable unwanted forces at source, thus ensuring no adverse effects on the mechanical integrity of the cartridge’s generator assembly.”

Like other Miyajima stereo cartridges, the Saboten L’s generator system features a “unique patented cross-ring design in which the cantilever fulcrum and coils are exactly positioned in the centre of the magnetic field, a design created to achieve more faithful handing of dynamic contrasts.”

The whole system is housed in Cameroonian ebony body, the material apparently known for its exceptional tonal and acoustic properties.