Hifiman TWS600 wireless earphones – staying out of the way 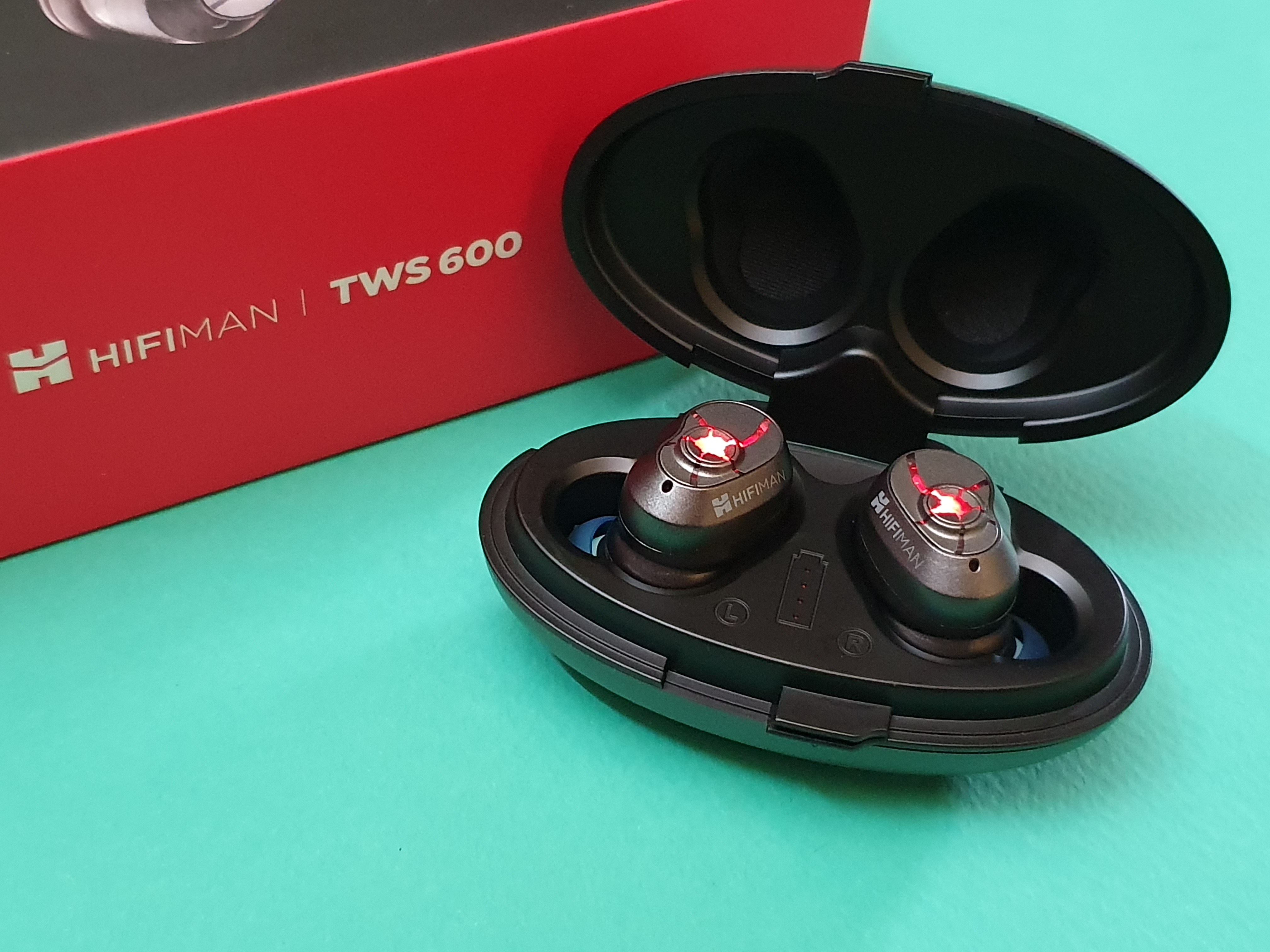 IN 2015, the first truly wireless earphones, Onkyo’s W800BT, was released. Although the technology was sleek and seemed like the natural progression of wireless technology, it wasn’t until end-2016 when Apple debuted its first-generation Airpod, that true wireless earphones began to gain traction in the market.

Today, on our test bench is the Hifiman TWS600 true wireless earphones. The earpieces come in a rather quirky egg-shaped clamshell casing which doubles as the docking charger for the earpieces.

Hifiman claims an IPX4-rating for resistance to sweat and dirt for the earpieces, and on spending hours in forums and message boards, I came across users who support this claim. One even claimed to shower with it, which, while a credit to Hifiman, is not something I’d recommend. IPX4 is only rated for splashes of water, meaning it’s okay for jogging and some sweat but not a shower!

The earpieces are shaped like beans with multi-faceted angles around the flat face-plate. On each side of the face-plate are push buttons for playback control. Pressing either button once will play/pause the audio, pressing the right button twice increases the volume (volume down for left piece), and pressing the right button thrice skips to the next track (skip back for left piece). The buttons also work for answering calls – pressing either button answers/ends calls while pressing and holding rejects calls.

There are also multi-coloured LEDs illuminating the faceplates, but you won’t be seeing them most of the time since they’re in your ears. The voice notifications work better anyway, compared with colour codes and encrypted beeps. Battery life is good – the earpieces last more than four hours with every charge and the case itself can charge them five times. Of course, battery life would depend a lot on your usage.

Coming back to the charging/carrying case. Although it is quite small, the shape makes it feel awkward in the pocket. In comparison, even though Airpod cases are roughly the same size, they feel better in the pocket with their flatter and rectangular form factor. My solution for this was to leave the case at my desk most of the time and store the earpieces in my breast pocket.

The case also has a battery indicator awkwardly placed inside the clamshell. There’s no real way to know how much charge the case has left except for seating the earpieces or charging it via the USB C port. Placing the battery indicator on the front of the clam shell would have been a better idea.

When I handed over the case to my co-workers, none of them immediately knew how to open it. The nub you hold to open it also seem reversed at first, with the left thumb pushing the cover up (instead of your right because most designs cater to right-handed people). But when I thought about it, the design allows your right hand to keep holding the case while you take the left earpiece out and put it in your ear. This seems logical since the earpieces work by pairing the left earpiece to your device while the right earpiece syncs with the left.

SETTING UP
Straight out of the box, the device worked as described. Neither my device or my friends’ had any problems pairing. The TWS600 works with Bluetooth 5.0 and the range is impressive. I could very easily walk around my house and office with no connection issues. Connection only started to break when I was around a corner or there was a large wall between me and my device.

The TWS600 comes with eight pairs of ear-tips, ranging from the usual small/medium/large ones, all the way to the bi and tri-flange ones. The best fit for me was my own medium-sized spin-fits. The fit is good and at 5.9g per side, they don’t feel like anything at all. I jogged, sprinted, jump roped and did basically every active workout I could think of, and they stayed in my ears.

Problems only started to appear when I sweated a lot and my ears got slippery. But even then, these earphones didn’t pop out, rather, they slid off a little, breaking the seal. Like other in-ear monitors, fit is very important with the TWS600. Once you get the proper fit, the earphones seal ambient noise very well, allowing them to sound their best.

Aside from these, there isn’t much going on with the TWS600. They don’t have features, such as noise-cancelling and ambient aware. The buttons feel a little toy-like and require a hard push instead of a gentle press or even better, a touch surface. There is, however, a single earpiece mode when you use only the left one. You can also do it with the right earpiece but it requires a convoluted step – you have to turn it off, and then on, and then re-pair.

LISTENING
I had mixed results with the sound quality when I paired the TWS600 with different devices. Through my laptop, they sounded fine and I heard the Hifiman house sound with an exaggerated midrange. Peaks in the mids and lower treble made them sound aggressive, but this being the frequency band of human speech, made them good for phone calls.

Pairing the earphones with my Vivo X21 phone disappointed me, the results were harsh, especially at low level – instruments fading are accompanied with grainy white noise. This was most prominent when in a quiet environment (office, home, lining up at the bank, etc) where you don’t need to listen at high volume and want to hear the environment. There’s also a constant low-level background noise that’s common with Bluetooth earpieces.

There’s very little latency in the audio, so I enjoyed watching movies and videos with the TWS600. I played some Need for Speed: No Limits on my phone and the audio synchronised well. The low latency sounds the same on all devices I’ve tried them on so I don’t think this will be an issue to anyone.

What might be an issue though would be the polarising sound signature. The elevated midrange made the TWS600 sound shouty when I turned them up to normal listening levels. The bass does not dig very deep or extend very far although there is decent texture to it.

In fact, the TWS600 has a respectable soundstage. There is some space and airiness to the instruments – this could be a plus or minus depending on what causes you fatigue. Throughout use where I was more focused on performing daily tasks, the earphones disappeared into the background and the sound quality was acceptable.

THE LAST WORD
The Hifiman TWS600 has some tough competition. As I had mentioned earlier, the sound signature is quite polarising while the audio quality depends a lot on what device they are paired with.

I would certainly welcome some more extra features considering what other rival companies have to offer. The passive isolation is great but it would be better if there’s either active noise-cancelling like the similarly-priced Sony WF-SP700N, or a Transparent Hearing feature like the Sennheiser Momentum True Wireless (though this costs twice).

Be sure to try them out if possible and if the presentation is right up your alley, The TWS600 will provide you with hours of enjoyment.