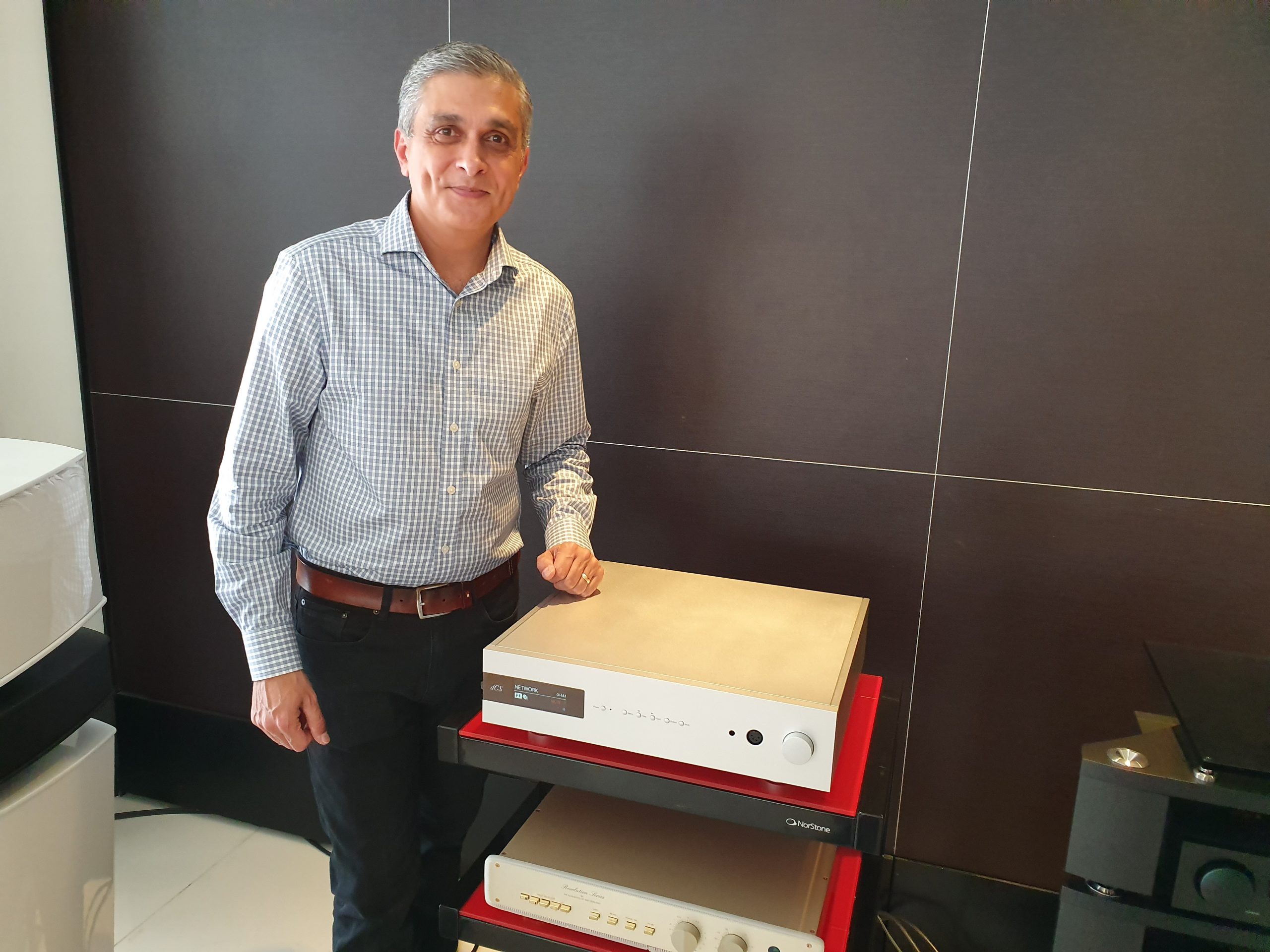 THERE are few brands in digital audio as intensely specialised in the field as Britain’s dCS (the name, after all, is an abbreviation of Data Conversion Systems Ltd). Since the late 1980s, dCS has been on the cutting edge of digital audio technology, turning out transports, high-end DACs, master clocks and digital-to-digital (D2D) converters. A typical, no-holds-barred dCS source set-up would include four components – upsampling CD/SACD transport, D2D converter, DAC and master clock.

These days, you can add “streamer/network player” to the dCS arsenal, a reflection of an era when even audiophiles are turning to the Internet to feed their musical diet.

However, in a first for the company, dCS’ Bartók also has an onboard headphone amp in its costlier iteration, along with the streamer/DAC/preamp package on the basic version. Both were launched in Britain in May.

“The beauty of the Bartók is, we’re catering to a brand new market as well. Obviously, the traditional two-channel market know who dCS is, and for what Bartók offers for the price, it’s a complete package, all-in-one,” says dCS sales director Raveen Bawa, who has been with the company for 21 years.

“The new market that we’re starting to cater for is the headfi space, for customers who are into headphones, and that’s a completely different market. Two weeks ago, I was just at the CanJam Shanghai show, and it was very well-received by the headfi community… it was their first exposure to the Bartók.”

Bawa was at the Absolute Sound showroom in Kuala Lumpur on Tuesday (Dec 3) to launch and demo the Bartók to Malaysian media and potential customers.

The Bartók, of course, uses dCS’ legendary Ring DAC and signal processing platform. It is being touted as the complete digital source package, incorporating a streamer, DAC and preamp; the last means users can hook it up directly to a power amp.

“The preamp section in dCS DACs is absolutely phenomenal. It will outperform the majority of the preamps available in the market today. So if you ask dCS, do you need a preamp in the system, the answer is no, you can plug the Bartók directly into a power amp,” Bawa adds.

However, those already in possession of high-end preamps and analogue sources can use the Bartók just as a source.

Wireless connectivity, however, isn’t a feature on the Bartók.

“The unit in itself doesn’t have any wireless capabilities, but it does offer AirPlay as an option, meaning that once you enable AirPlay on an iPhone, the phone will detect that the Bartók is on the network and you can stream directly to it from an iPhone or an iDevice.

“At this level, you want everything hard-wired and on the Internet for optimum performance. We have integrated streaming services such as Tidal, Spotify, Deezer and Qobuz, and we’re looking to add further streaming services in the near future. Plus, you can stream music from a hard drive or even from NAS on the network.

“Airplay is included purely for flexibility. It will give phenomenal performance but it’s not optimum.”

What was the reference when dCS engineers were designing the headamp section of the Bartók?

“For us, what’s important is, the measurements, to start with. Many manufacturers will use other manufacturers’ products to set as a reference. In dCS, we never do that, even with two-channel. For us, the reference is our existing product and how to get more out of it. And same with the headphone amplifier (on the Bartók). We do have amplification expertise in-house, some of our engineers, their background has been in amplification, so they’ve put their expertise in. Everything starts off with the measurements and if the measurements are right, then we get other parties involved to help us with the listening.”

So far, Bawa says the Bartók has received overwhelming response in dCS’ global markets, with the headamp version accounting for 35% of sales.

Finally, what are the three things about the Bartók that dCS wants potential customers to know?

“First, it’s an all-in-one solution, offering optimum performance from any (digital) source that’s connected to it… whether it be streaming or a transport connected to it, any digital source … it just a very versatile and flexible solution.

“Two, everything we do, it’s all designed in-house by us at our factory in Cambridge so all the hardware, software and mechanical design is done by us.

“Thirdly and most important, which is the key feature of any dCS product – digital is constantly evolving, so when you’re making this level of investment, you want that, in one year, two years, three years, your product is still current. All our products are software update-able, so as times change, our products evolve and change. So in three years, the Bartók will still be current.

“Once you have a dCS product, you’ll be living with it for many years to come and hence, because of these software updates, our product cycles are extremely long,” said Bawa, adding that dCS components usually stay in production for seven to 10 years before they are retired.

“This happens only when the electronics and digital platforms have reached their limits. Then, we move to next generation of the platform. But support for older models, even from two generations ago, say 20-to-25 years, will continue.”

Bawa demo-ed the Bartók with a selection of music from various digital sources, including high-resolution and mp3. The showroom isn’t an ideal acoustic environment, but listeners were treated to samples of what the Bartók can do as a digital source.

Firmware updates for new features and enhanced performance are executed via CD, USB or an automated download/update facility.

As per the specs provided on the dCS website, Bartók plays music through an array of industry-standard USB, AES or S/PDIF digital inputs. It can stream over Ethernet from a NAS drive or online music services such as TIDAL or Spotify, and from Apple devices via Airplay. The network interface can perform full MQA decoding and rendering.

The Bartók has DXD upsampling as standard, the multi-stage oversampling design offering optional DSD upsampling and a variety of DSP filters for individual taste and music choice. The network interface runs at up to 24-bit, 384kS/s and DSD128, supporting all major lossless codecs, plus DSD in DoP format and native DSD.

Balanced and unbalanced line outputs are provided to link to a preamp or power amp. The headphone DAC features a custom-designed amplifier that caters to both high and low impedance headphones in balanced or unbalanced formats. All of the outputs can be set to one of four maximum levels to enhance system compatibility.

A new user interface, plus a custom control app lets listeners manage their music playback from any source.