Accuphase P-4500 – a power amp with muscle and finesse 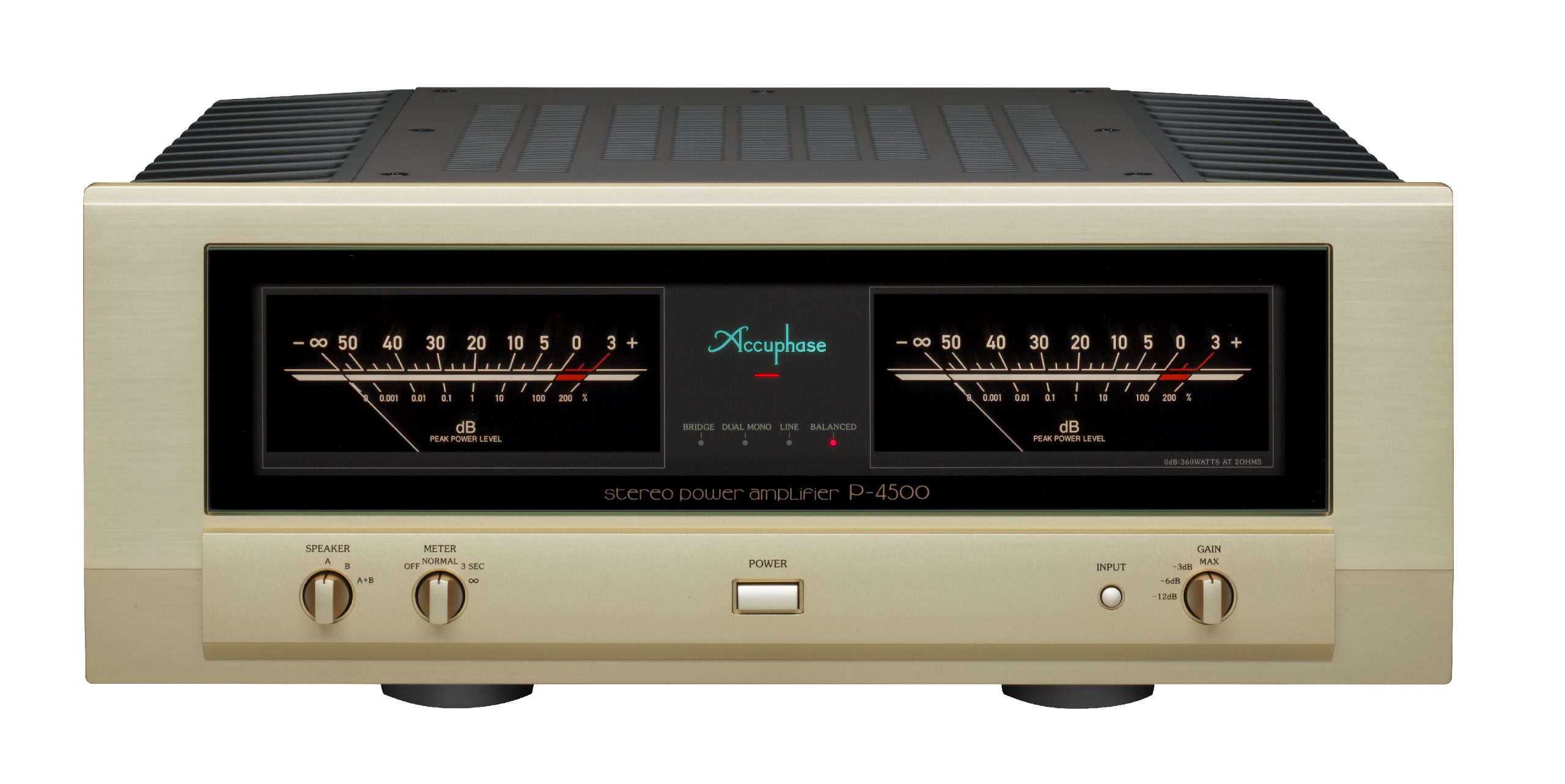 + Built to last an eternity; better spec’d and laid out than the typical power amplifier; level of slam and micro-detail even played soft; muscular sounding despite modest power output; very quiet.
– Not cheap; one suspects it will demand very good matching equipment to let you hear its full potential.
Sound: 9/10
Value: 7.5/10

THERE comes a time in the life of an audiophile when he (or she) needs to say, “enough… no more!” And then perhaps, begin the long-drawn process of downsizing to the essentials, getting rid of the clutter to enable a better enjoyment of life. I embarked on this almost two years ago… but heck, occasionally, some equipment comes along that makes one want to renege on resolutions. In my case, it was the Accuphase P-4500 power amplifier.

To put things in perspective – two years ago, I was given a home demo of the Accuphase E-470 integrated amplifier, and five minutes into the session, it was obvious that the amp was a better match for my Magneplanar speakers than the resident integrated or other pre-power combos I’d owned in recent times. So, a new E-470 took up residence, and over the months, I blinged it out with the optional phono and DAC cards. I was set for audiophile retirement.

A few months later, Accuphase launched the replacement model, the E-480 – I wasn’t tempted. But 2018-19 was a busy phase for Accuphase, and more products were launched. One of them was the P-4500, the “entry-level” stereo power amp. One unit was despatched to me a few weeks ago, just “for a listen.” My guard was up… because I gulped on first listen!

After a few days of listening to the P-4500, using my E-470 as the preamp, that familiar sensation began to insinuate itself… various possibilities ran helter-skelter in the mind… but let’s step back a bit first…

THE NITTY-GRITTY
The Class AB P-4500, which replaced the P-4200, delivers 90 watts of power into eight ohms, 180W into four and 360W into two… and purely with music signals, 500W into one ohm… which gives you an inkling of of the amp’s stability. The damping factor is 700. My E-470 has a lower damping factor, but outputs more watts… on paper at least.

As per the Accuphase literature, the P-4500 features “an instrumentation amplifier configuration realised with discrete semiconductors in the signal path, triple Darlington 4-parallel complementary push-pull architecture and many other technology advantages… a newly-developed output protection circuit can also detect any short-circuiting of the speaker terminals.”

It uses a current-feedback topology, and supports both bi-amping and bridged modes. Two sets of speaker outputs and selectable gain are provided – for this review, I found the highest gain setting most appropriate, as the Maggies are demanding.

According to Accuphase, P-4500 features best-in-class low noise (48% less than the previous model) and high damping factor (40% more) performance, and this, along with the enhanced power output stage, lets it drive most speakers with ease.

If you like meters, the P-4500’s fascia will resonate with you – I’m accustomed to it, so won’t rave about the looks. For more specifications, head on to the website. There is an unusual number of controls in front, to select gain, speaker (A, B or A+B) and display meter configuration, along with a button for XLR or RCA input.

The P-4500 was hooked up to pre output connectors of my E-470, as mentioned, via XLRs cable – I didn’t use the single-ended connections. You can select the “pin” configuration at the back – Accuphase amps have pin “3” at “hot”, so this is useful for pairing with most modern preamps.

LISTENING
Even during the initial moments of listening, I could tell the P-4500 was taking my system to a level I hadn’t before experienced. It wasn’t a massive step up – that rarely happens – but the increments were significant enough, becoming more palpable with longer hours of listening.

Was it that it seemed to drive the Maggies with less effort? Alright, maybe because I set the P-4500 at maximum gain, I didn’t have to push up the volume on the E470’s preamp to the level I normally would. There, of course, was more headroom, and I was made aware of quiet gains in the rendering of detail and texture.

Even with the volume low, there was more drive and air in the music, especially with better quality recordings. The presentation was flowing and delivery, effortless. Bass was fuller and better fleshed out, and the sense of urgency and slam, I usually heard only when the integrated amplifier was played louder on its own.

Pushing the P-4500 harder didn’t result in any loss of grip over the proceedings, whether it was simple acoustic recordings, orchestral music or some good ol’ classic rock – the amp exhibited the same level of control and finesse over the entire frequency spread. If anything, the highs opened up further, and the mids seem smoother and even better focused… at least, this was made even more evident than at lower volume. There seemed to be a bit more of shimmer and bite in the music with the P-4500 in the system.

All these served to draw the listener deeper into the musical event, capturing the senses with a more intimate feel. The background was darker, allowing the minutiae to surface with better clarity, and lending the recording a better nuanced reproduction of instrumental and vocal timbres.

THE LAST WORD
One assumes that the Accuphase P-4500 would work best with its natural partner, the C-2150 preamp, which apparently is even quieter than the preamp section of the E-470 integrated. Of course, this pairing would take the price to a whole new range… I was more curious to find out how the P-4500 would complement the already excellent integrated, and am glad to report that it impressed.

Whether the P-4500 will be as effective with another make of preamp or integrated, I can’t say, but if it has enough drive and grunt to keep the Maggies happy, than I think it’s a safe bet that it will synergise with a number of preamp/speaker systems. As for the price of the upgrade, that is another matter.

On its own, I was highly impressed with the P-4500, but no, it won’t make its way into my system on a permanent basis, I’m sticking to my resolution… unless there is a financial windfall written in my future!