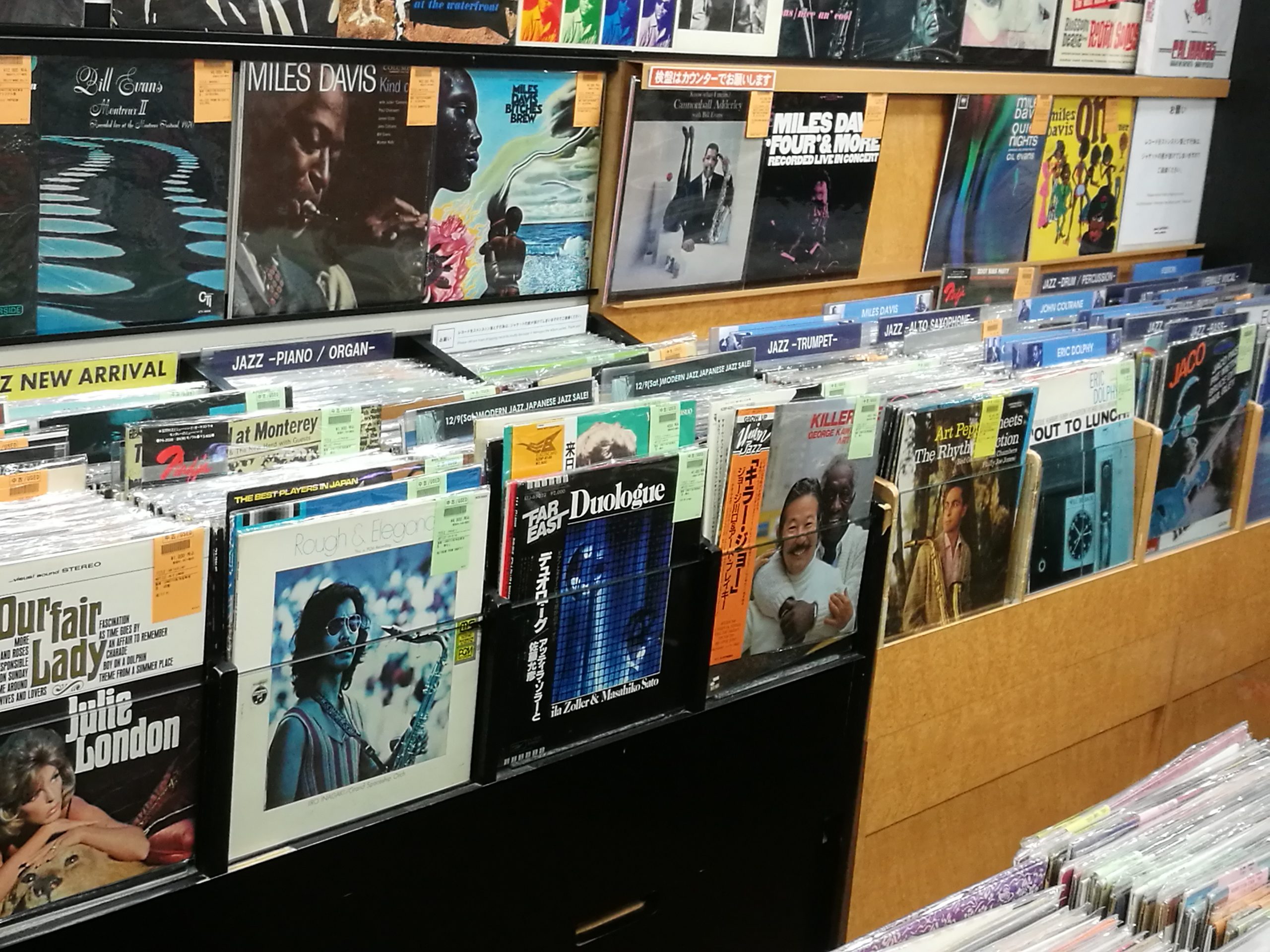 BUILDING a record collection in this day and age can often be a daunting and expensive experience. Aside from picking up new issues or reprints from your neighbourhood record store or via online vendors, one is often at the mercy of used record traders. Of course, one can always opt for buying used records off Discogs. My personal experience on the Discogs record trading platform has been a mixed bag. Some trades with above-board vendors have been most pleasant but I’ve also received records which were tagged as NM (Near Mint) with clear scratches from unscrupulous vendors.

Thus, the appeal of record shopping in Japan. There is a proliferation of high quality, well-cared-for used records available there. On my first visit to Japan, I spent a fair bit of time exploring record stores in various parts of Tokyo. It was great fun but also tiring as the stores were geographically spread out and not easy to get to. So, if your permissible time for record store visits is limited, focus your attention on two areas within Greater Tokyo; namely Shinjuku and Shibuya.

Shinjuku
Literally meters out of the South East gate of the Shinjuku JR Station lies Tower Vinyl Shinjuku. Tower Records operates on levels seven through to 10 of the Flags building but the 10th floor is where Tower Records Japan’s first vinyl record specialty store is located.

When I was there last month, Tower was having a Christmas sale with several bins of new records marked down by 50% aside from the 40,000 or so used records featured amongst its 70,000 record claimed capacity. Playing at that time was a Technics SL1200 deck, a full Macintosh pre and power (MC275, no less) rig and fridge-sized Altec Lansing Voice of the Theatre speakers.

For used records in various genres and where you’ll probably find the densest pool of options, head to the seventh floor of the Kinokuniya building, located a block or so down from Isetan Shinjuku. The store is located mere steps from the elevator doors. Once you’re done there, head next door to Disk Union’s classical record store. On a recent trip, I managed to score a mint Japanese-pressing box set of JS Bach’s Suites for Unaccompanied Cello by Pablo Casals in red vinyl for 2,500 yen.

Shibuya
No record-hunting trip to Tokyo would be complete without a visit to Recofan located on the fourth floor of the Beams building in Shibuya. The first thing that greets you as the elevator doors open are boxes of records. They’re mostly random sample pressings, DJ fodder and the odd circa 1960s classical records but at 100 yen a pop, it doesn’t hurt to flip through the boxes for good measure.

However, the true treasure lies within the cavernous store. Stretching out the entire floor, Recofan is a literal repository of media; mostly vinyl records and CDs with a used hi-fi equipment section tucked into a corner. My mint Technics SL1200 mk3D was purchased from Recofan – the store’s attention to detail in packing the turntable was impressive with careful padding of the item for shipping.

Row upon row of record bins await the patient collector. The albums are organised by musical genre with hard plastic dividers marking out individual performers or composers. Even so, trying to locate specific albums or pressings can be a frustrating effort. The staff are pretty vigilant in placing the records in their proper locations but the sheer volume of records available in the store and in stacked boxes waiting to be displayed is just staggering.

General guidelines
When rifling through the bins, be gentle and not lift, then drop the records back into the bins. This may sound common sensical but it does happen more often than not.

Pricing on a given record may not always be consistent and can vary significantly depending on which store one visits. That being said, I’ve often seen examples of the same pressing of similar quality with different price tags in the same store. As always, keep an eye open for arbitrage opportunities.

It helps to have Internet access handy. Normally, I would periodically check on my Discogs database just to make sure I’ve got the right pressing in mind and to avoid picking up duplicate copies.

Present your stack of records at the counter and politely request to examine the records. Each album is sealed in a protective plastic envelope and will have to be removed individually for inspection. Most of the records will carry a sticker denoting some background information on the album and the quality of the record itself but a quick visual check will put any niggling doubts to bed. If the said record is not up to spec, place your hands in front of you forming an X in polite rejection.

Do bring along your passport, especially in the case of Recofan and Tower Vinyl Shinjuku, to tap the onsite 8% consumption tax rebate/refund.

And finally, as the day and store comes to a close with Auld Lang Syne on the PA system bidding customers adieu, it’ll be time to stuff the day’s haul in your oversized laptop bag (or if it was a really good day, into your roller luggage) in preparation for the next day’s record shopping.