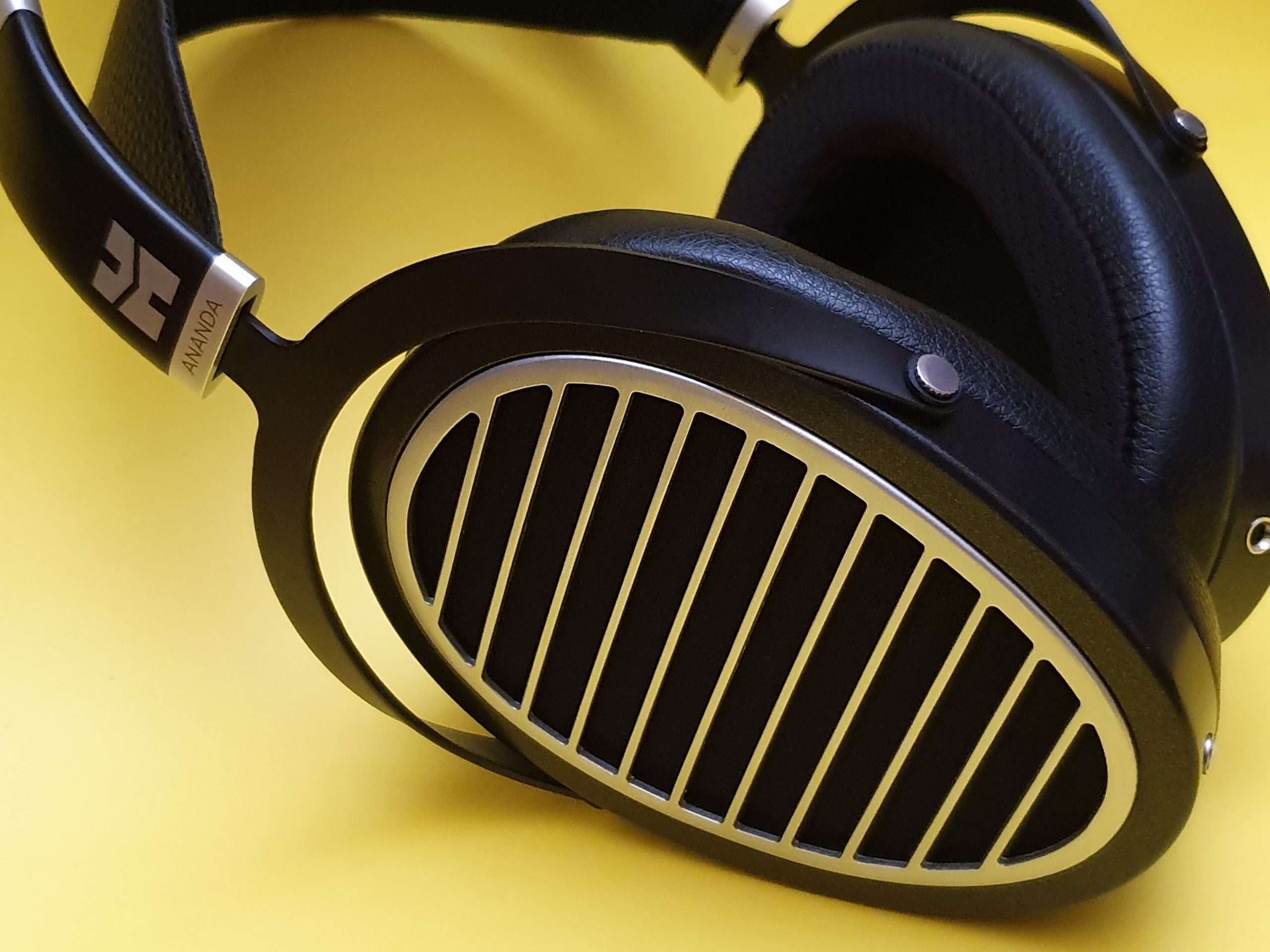 + Fast, transparent and detailed; even frequency response; comfort – ample-sized and oval-shaped cups fit over the entire ear, headband evenly distributes weight; not ideal, but headphone output on smartphones able to drive cans.
– Headband may be too large for some even at smallest adjustment; not too enamoured with overall build as well as the look and sturdiness of supplied cables.
Sound: 9/10
Value: 9/10

MY first encounter with a pair of HiFiMAN headphones over four years ago was a leap of faith. Basically, I did what the common wisdom of “trust your ears and not the reviews” tells you NOT to do – I bought a pair of HE-400i cans without ever laying eyes on or auditioning them.

That said, it wasn’t a completely uninformed choice. I had cycled through a few pairs of Magnepan speakers in my main hi-fi system for more than 15 years, and was well aware of the sonic capabilities of planar-magnetic transducers. I’d also tried some Audeze cans before the purchase and was convinced the technology translated well to headphone use.

I have never regretted that decision and still use the pair today.

With HiFiMAN’s Ananda headphones, my faith in planar-magnetic drivers is further reinforced, together with the belief that they offer more bang-for-the-buck than dynamic driver types.

Design-wise, it’s interesting to note how HiFiMAN has refined and developed its design philosophy with this mid-priced headphone pair.

I’ve always liked how comfortable the HE-400i is, and this is further enhanced with the Ananda. Gone are the circular ear-cups of old, which are now oval-shaped and fit over the entire ear – the tips of my ears are no longer slightly squished. There is a soft and velvety covering where it comes into contact with the skin, which allows extended periods of listening. The headband mechanism is basically the same, with a sturdy pleather band that adjusts within a metal frame. This distributes the weight evenly and despite the large ear-cups and 400g weight, never feels like a burden pressing down on your skull. The headband doesn’t have any allowance for swivel like before, but this did not affect fit nor comfort for me.

However, I had to use the smallest adjustment for the pair to fit perfectly over my head, and unless I’m big-headed (hopefully not), those with smaller craniums may find the fit too loose.

With a sturdy metal frame and much of the rest plastic, the Ananda’s build quality is decent. It looks fine aesthetically, but to me, doesn’t exactly exude a premium feel.

There are two cables supplied with the Ananda, a 1.5m one fitted with a 3.5mm stereo jack and a 3.0m one with a 6.35mm stereo jack. I have to say I’m not crazy about its appearance (some fine copper wires fitted through a translucent sleeve) and unsure if it will hold up to prolonged use (or abuse, for that matter), although the manual extols its selection for sonics and strength. Either way, only extended use over months – or hopefully, years – will tell.

A note about the packaging – it comes in a box within a box wrapped within several layers of protection. It’s an exercise in excess but there’s hardly any chance the headphone itself will get damaged in transit.

LISTENING
There’s no tedious set-up process involved with the Ananda. The only decision to make is which of the two supplied cables to use.

HiFiMAN says the Ananda, with its high 103dB sensitivity and 25-Ohm impedance, can be driven directly by most smartphones, and for convenience, the first thing I tried it with.

With expectations kept in check, I played some tracks off Spotify at high quality setting on my iPhone 7 and the experience was, loosely described, enjoyable. There was detail, decent bass, with acceptable midrange and treble presence. Realistically, there’s only so much a smartphone’s headphone amp section can do, and it was just about able to drive the Ananda. Just keep the volume levels reasonable as most will quickly lose composure after a certain threshold.

But with the Ananda driven by a dedicated headphone amplification device like the Chord Mojo, the difference is like driving around a residential suburb and a cruising on a multi-lane highway.

There’s no contest when compared with the older and also lower-end HE-400i. The Ananda is leagues ahead in every aspect.

Its transparency and speed are, for me, its two most outstanding traits. I was aware that the HE-400i had limitations, but the Ananda removed layers upon layers of veil that were obscuring the music, that I never realised were there.

Play some solo violin like Jascha Heifetz on RCA Living Stereo SACDs (his famed Brahms/Tchaikovsky Violin Concertos and Double Concertos albums, for example) and his bowing can be heard distinctly, even in front of a mass of instruments. In quieter passages, the emotion he coaxed out of his instrument was so palpable, you could close your eyes and almost believe you were listening to a live feed of the recording.

Transient speed from drums and percussive instruments was another plus. The snares from songs like The Raconteurs’ Steady As She Goes, Led Zeppelin’s Whole Lotta Love and Toto’s Rosanna really came alive with the Ananda.

The Ananda’s were also very well-balanced in frequency response. Bass went low and had superb impact, but never to the point of being bloated – Daft Punk’s Random Access Memories was a particular standout here.
Midrange was rich, velvety and had plenty of texture, and once again, not over-emphasising it to the point of saccharine sweetness.

I also loved how the headphones conveyed the upper frequencies and revealed detail within the treble. You get shimmering highs but once again not to the point of being sibilant.

THE LAST WORD
Balanced – that is the word that comes to mind if asked to describe the Ananda in one word. You can play any type of music you want through it and the Ananda doesn’t falter.

It gives you everything you want to hear from your music, and always in the right doses. While I really like the overall presentation of the Ananda, its even-handedness may not be to everyone’s liking.

If you are seeking absolute detail retrieval, deep thumping bass or a wide open soundstage, there are other designs that could do it better, but if you want something of everything, the Ananda will do it for you.

For the asking price, HiFiMAN has served up a very delectable pair of headphones indeed. Highly recommended.