The legendary Technics SL1200 spins on 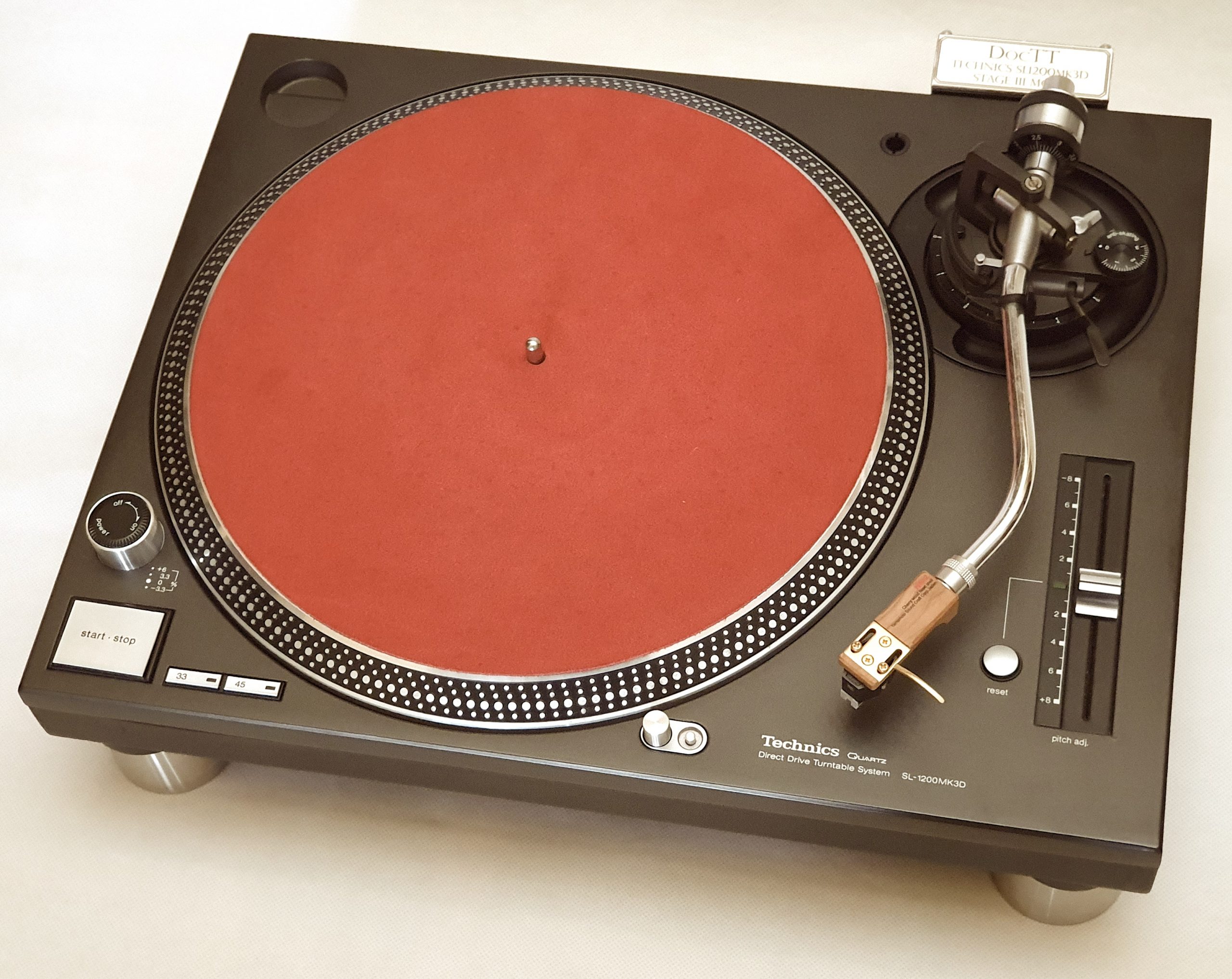 BY any measure, the Technics SL1200 turntable has seen a mercurial history as one of the most iconic record players, with some three million units manufactured. Such has its success been that many, to this day, still believe that the SL1200 is the quintessential DJ deck and should remain purely in that domain.

To be fair, the SL1200 was originally developed by Matsushita in the early 1970s as a high-end consumer turntable and to a great extent incorporates the spirit of the novel high torque direct drive motor features found in the SP10, the company’s professional broadcast-standard turntable from the late 1960s. The SL1200 later found itself the record deck de rigueur by radio and club DJs alike for its tank-like ruggedness, ease of use and instant cueing. Production of the SL1200 eventually ceased in 2010 but resumed in 2016 on the back of the global resurgence of vinyl records.

Despite all the technological features, the fun foot-tapping and dynamic nature of the SL1200, the original pre-current production model could sound closed-in from perceived width and depth, with a touch of opaqueness particularly in the upper mids and treble. It is with these idiosyncrasies in mind that many outfits have sprung up to lift the SL1200 to loftier performance parameters (see references below).

Closer to home, I had picked up a mint SL1200 Mk3D from Recofan in Shibuya, Tokyo a few years back and passed it to the late BS Lee, guru of all things turntable and electronics related. After a quick assessment of the SL1200, he determined that the fundamental workings of the deck – the heavy chassis/plinth, direct drive motor system assembly and platter – were robustly engineered and very well built. However, the Achilles heel for the SL1200 lay primarily in the area of the power supply, bearing and tonearm.

In a series of three possible stages, Lee systematically stripped down, cleaned and lubricated the deck. Thereafter, the power supply circuitry was tweaked and the stock 100V transformer replaced with a 240V toroidal to improve power supply regulation and for a lower noise floor. Finally, the bearing was tweaked with selective reinforcement and constrained layer dampening applied whilst the tonearm assembly was refurbished and stock internal wiring replaced with silk-sheathed Litz wire. For good measure, new oversized stainless steel vibration dampening footers were installed and the stock phono cables replaced with Canare shielded cable and plugs.

The transformation in optics and performance was startling, to say the least. Shahril “El Hefe” Mokhtar, a guest writer for this website and who has his own hi-fi blog, gave the modded Technics SL1200 Mk3D a spin and shares his listening views below.

In stock form, the Technics SL1200 is already a superbly built turntable but modifications to the power supply, tonearm and bearing unleashed further capabilities of the SL1200 as a home reference turntable. With both modded and stock SL1200 units at my disposal, I found out what set each other apart.

On the opening track Senang-Senang of Zainal Abidin’s Orak Orek live album, the modded SL1200 brought out a very refined percussion sound. The snares were sharp and accurate while the bass from the tom toms and kick pedal were very authoritative. It was not as extended as I would like but the mods definitely brought out more of the low frequency section of the track.

The key highlight from the modded unit in comparison to the stock unit is in the area of transparency. With more vocal presence in the presentation, the modded SL1200 produced a more enveloping musical ambience of the live recording. It is not easy for a source to recreate that ambience from a live concert, no matter how well the recording is done but Zainal’s vocals sounded energetic and lively with no lack of emotion running through the song on the modded SL1200. The highs, however, could be a bit intimidating for some but to me, this demonstrated the additional transparency released by the mods. An honest presentation from a legendary turntable.

The vocals were again the highlight when I started spinning the more demanding Time To Say Goodbye track by Andrea Bocelli. The emotion behind this track was superbly delivered by the modded SL1200. Playing the same track on the stock SL1200 had much less emotional impact. Further, the enveloping musical experience that I enjoyed on the modded SL1200 was not heard with the stock unit.

Metallica’s Enter Sandman proved to be quite impressive. Lars Ulrich’s drums sounded full and impactful, and did not overshadow Kirk Hammet’s growling guitar riffs or James Hetfield’s strong vocals. I was actually expecting the bass to overshadow the overall track but surprisingly, it was quite a balanced experience across the spectrum.

Although already good on its own, the stock SL1200 will benefit from tweaking to improve bass control, and present higher transparency and wider soundstaging to suit a more hi-fi listening experience.

I’m often asked which of my three turntables is my favourite. The Thorens TD124 mkII, VPI Classic One and Technics SL1200 all sound different and each have their distinct inherent strengths. However, of my turntables, the SL1200 (in modded guise) for its keen musicality and utter ease of use, would be my desert island choice.

BS Lee spent many decades learning and perfecting his craft. He had an uncanny ability to read circuit electronic schematics and call out possible weaknesses and the underlying tonal nature of the component. He would apply the same passion and deliberation to each piece of equipment that came into his hands. He will be missed.

Pre-current Technics SL1200 resources can be found, amongst others, at: