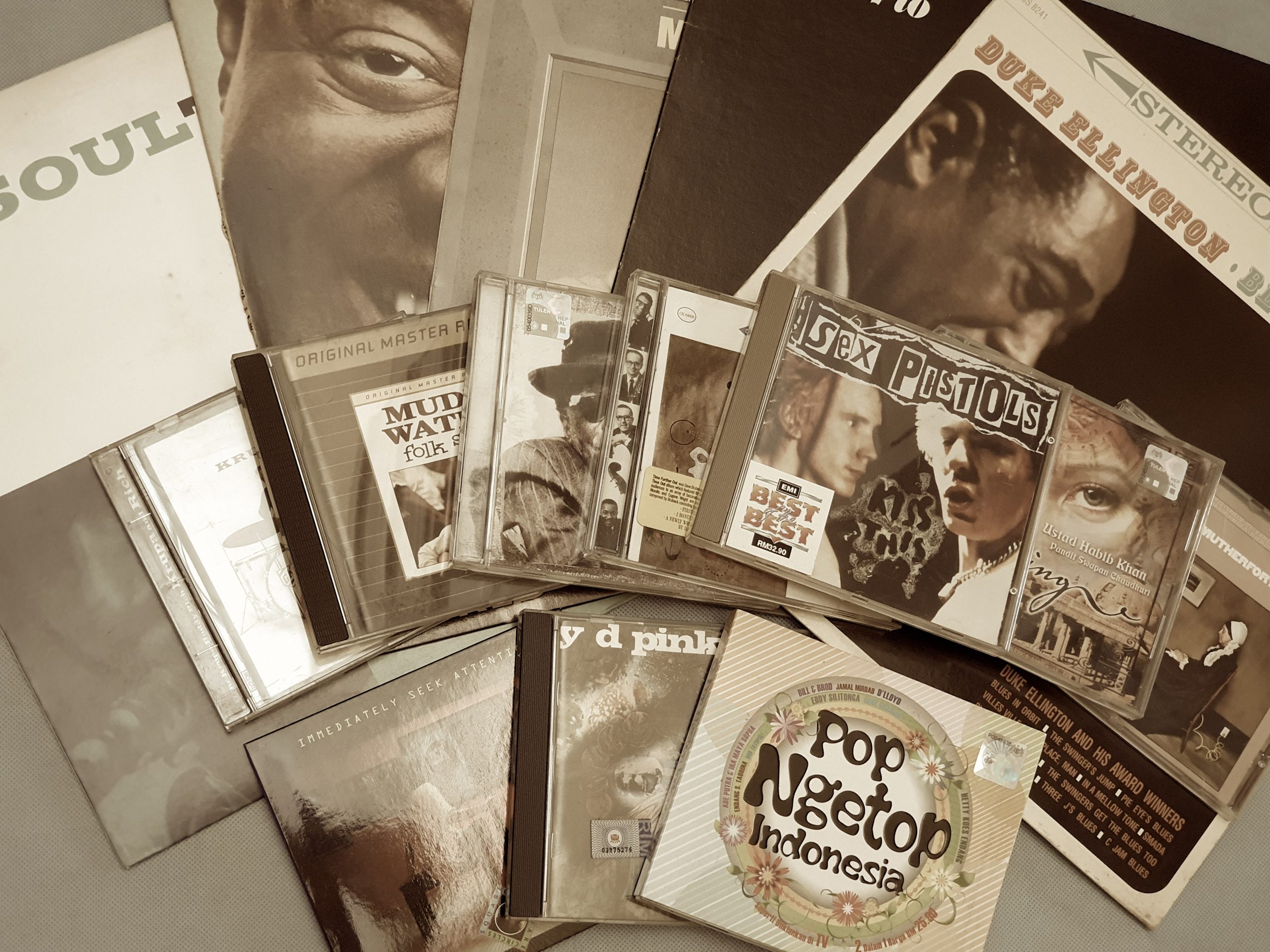 I HAD never quite been enamoured with compact discs. I grew up listening to vinyl, and whether it was the product of conditioning, better fidelity, self-deception or whatever, my preference firmly stayed rooted with the LP format, even during CD’s heyday. So you’d think then, that I’d be over the moon with the 21st century vinyl revival. Maybe in the earlier stages, but if asked on it today, my feelings have crept somewhat to the opposite end.

Reasonably-priced used vinyl (read: between cheap and dirt cheap, given my warped perception of reasonability being still rooted in mid-1990s currency values) has dried up where I live. Not literally, but you know what I mean. The utopia many of us of more measured means experienced when these were still in abundance is way over. To rub salt into wound, my most recent new vinyl purchases were sonically disappointing.

Fortunately, I never got rid of any of my CDs save for the few odd ones which I grew over time to not care for. Unlike vinyl, which required maintenance, space and inconvenient hardware to replay, which probably accounted for why most in the previous generation offloaded their collections, CDs were still readily playable in the car, computer or one’s cheap optical disc video player and uh, more compact. It made sense to still keep them a while.

But most can only tolerate one inconvenient format (any physical media, in today’s thinking for many) in their household, and given the trends in CD and vinyl sales, the LP seems to be winning the fight to stay put in many peoples’ systems. The result? CDs seem to now be the new fading format, with lots of them flowing into the used market at, you guessed it, “reasonable” prices.

My own personal circumstances forced me to temporarily downsize to living in a small apartment, and needing an apartment-friendly system. This change got me back into listening to CDs as my primary source (I could bring but a few of my LPs over, but two box-fulls of CDs were easy enough to manage). I used an old cheap Sony player which, surprisingly for a freebie near-throwaway unit, seemed to transcend its sonic limitations and manage to entertain me within the context of its use.

This then caused me to consider upgrading to a better player, something many in this hobby/disease may have seen coming a mile away. I thought back to my long-departed Meridian 200/Audio Alchemy DTI/Monarchy Audio 22A and belt-driven CEC 5100/diyparadise Monica 3 combinations. Good sounding as they were, I decided I wasn’t going to go back to such multi-box madness. I sought out a few of the new standalone CD players in the market I was willing to afford, but nothing within my budget tickled my fancy. Buying used, especially from individual private sellers at the prices some were asking, was deemed a risk I would only take if other choices diminished.

On a whim, I sent my old dealer a text message enquiring if he had anything suitable. Semi-retired with his offspring now poised to take over the business, he informed he had stocks of reconditioned old Micromega Stage 3 players he used to sell as the brand’s once local rep decades ago. I knew those Micromegas to be good sounding, but those of you who know their history would have expected me not to want to touch any of them with a barge pole. Had it been any other seller, that would have been what I’d have done, but he offered a fair warranty period, and most of all, a good price in the context of a brick and mortar long-established dealer’s sale.

So, I took the punt and in recent times, I’ve been rediscovering the joys of my old CD collection. They sound so good, too, such is the performance of this particular old player. It’s caused me to start buying CDs again – used ones. It’s been about half a year now and the player hasn’t acted up (I am praying there is no “yet” to end that sentence). I don’t particularly recommend this player to anyone unless they have the technical competence to tackle the player mech issues which had caused many an owner grief back in the day, or have a good dealer with a good tech in access willing to back up the used sale.

So I don’t see myself buying any “new used” vinyl, except very selectively, for some time. Software availability and price drive hardware, and it’s deja vu all over again with CD being the new vinyl for hopeless cheapskates like me. Funny how things never work out the way one expects them to. Hey, that Krell KPS20i in that used ad sure looks interesting…!