The Falcon LS3/5a has landed in Malaysia 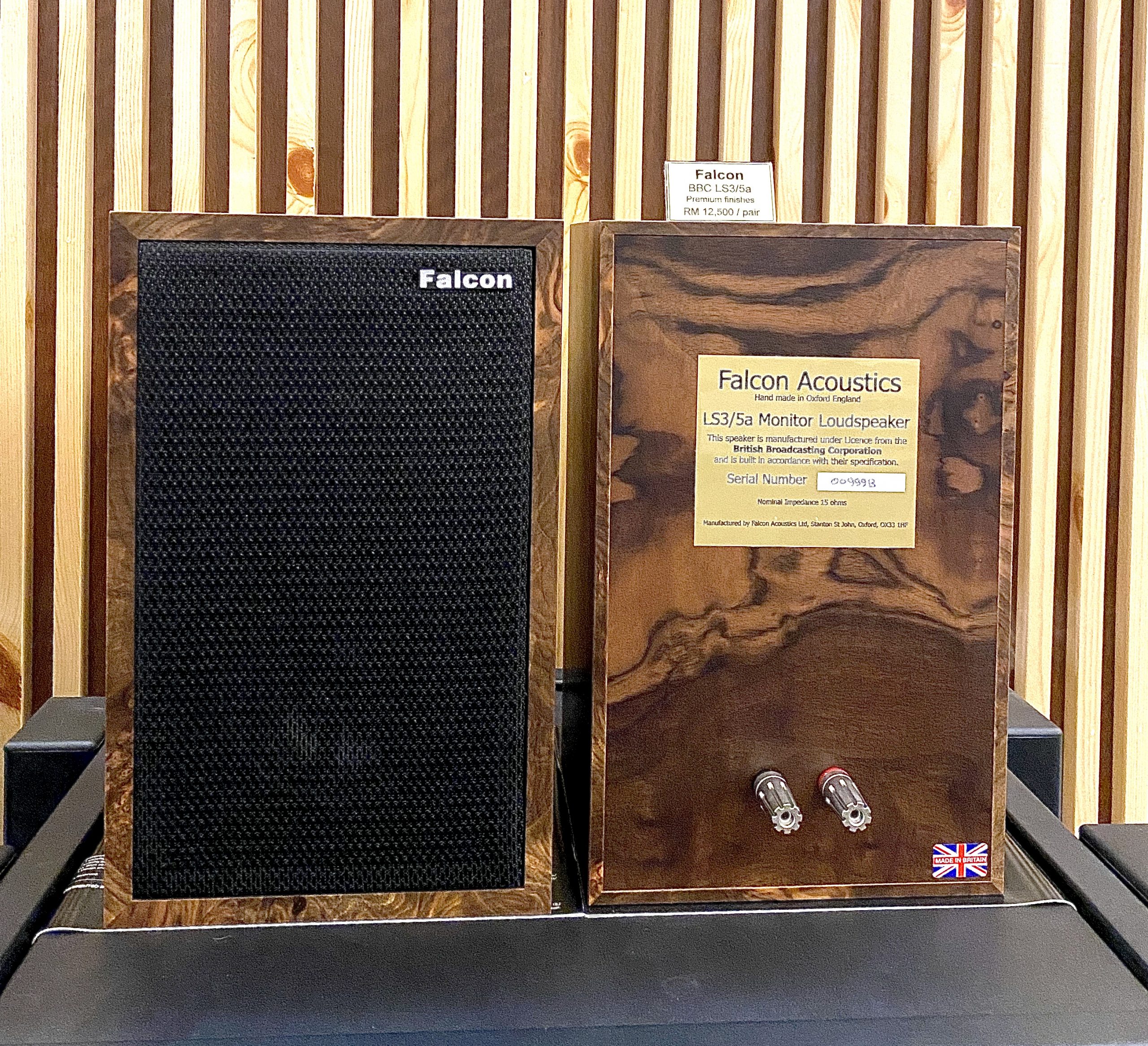 THE LS3/5a compact studio monitor is arguably among the most storied loudspeaker designs in the history of audio. Conceived and designed by the BBC’s engineering department during the late 1960s and early 1970s, it was subsequently licensed to almost a dozen companies for manufacture.

The original prototype LS3/5 was redesigned the LS3/5a before production began due to key component changes. The LS3/5a has stayed true to its purposed since it went into production in 1975 – any evolution has been subtle, and it has also influenced a number of other loudspeaker designs and unlicensed knock-offs.

Among the current licensees is Falcon Acoustics, whose founder Malcolm Jones designed the original drivers used on the LS3/5a when he was with KEF. Five years ago, Falcon turned out its own LS3/5a, fully made in Oxford, England. The Falcon LS3/5a is now available in Malaysia, via the official distributor AV Designs.

A small group of enthusiasts was invited to the official AV Designs launch last Friday (Sept 18), when renowned local LS3/5a connoisseur Joseph Ki (known to most as Jo Ki) talked about the speakers to those in attendance.

Joki’s insightful presentation took guests back to the BBC design conceptualisation in 1968 and the eventual prototype LS3/5 that was produced in 1972.

Initially, the BBC-type FL6/16 crossover design was adopted with KEF B110 and T27 drivers. When the LS3/5 design was finalised for licensing and production in 1974, KEF altered the design of the B110 and T27 drivers, hence deviating from the intended specifications and the LS3/5a was subsequently created to accommodate the new drivers.

Joki exhibited his deconstructed BBC R&D Kingswood Warren LS3/5 where he went through the BBC mini loudspeaker white paper, pausing here and there to show each intricate design character using components from the LS3/5. Apart from highlighting the attributes of the crossover and KEF drivers, he went on to illustrate the different resonance signatures of the different birch and beech plywood used for its construction.

The Falcon B110 and T27 drivers are handmade in the UK along with the rest of the essential components required for both the Falcon LS3/5 and LS3/5a loudspeakers. Five natural wood veneers are available – AV Designs showcased the premium finish burr walnut, flanked by the regular cherry and walnut veneer versions.

An amplifier with reasonable output is sufficient to power the Falcons, according to Joki: “Even a 20-watt single-ended amplifier can do the job.”

At the event, a pair of walnut-veneered Falcon LS3/5a speakers, hooked up to a PMC Cor integrated amplifier and Bryston streamer, belted out a selection of music curated by Joki to bring the best out of these speakers. After going through the demonstration, it wasn’t difficult to see why the LS3/5a loudspeakers have a cult following.