Frank takes on the lows with the AB-2 Tower Sub 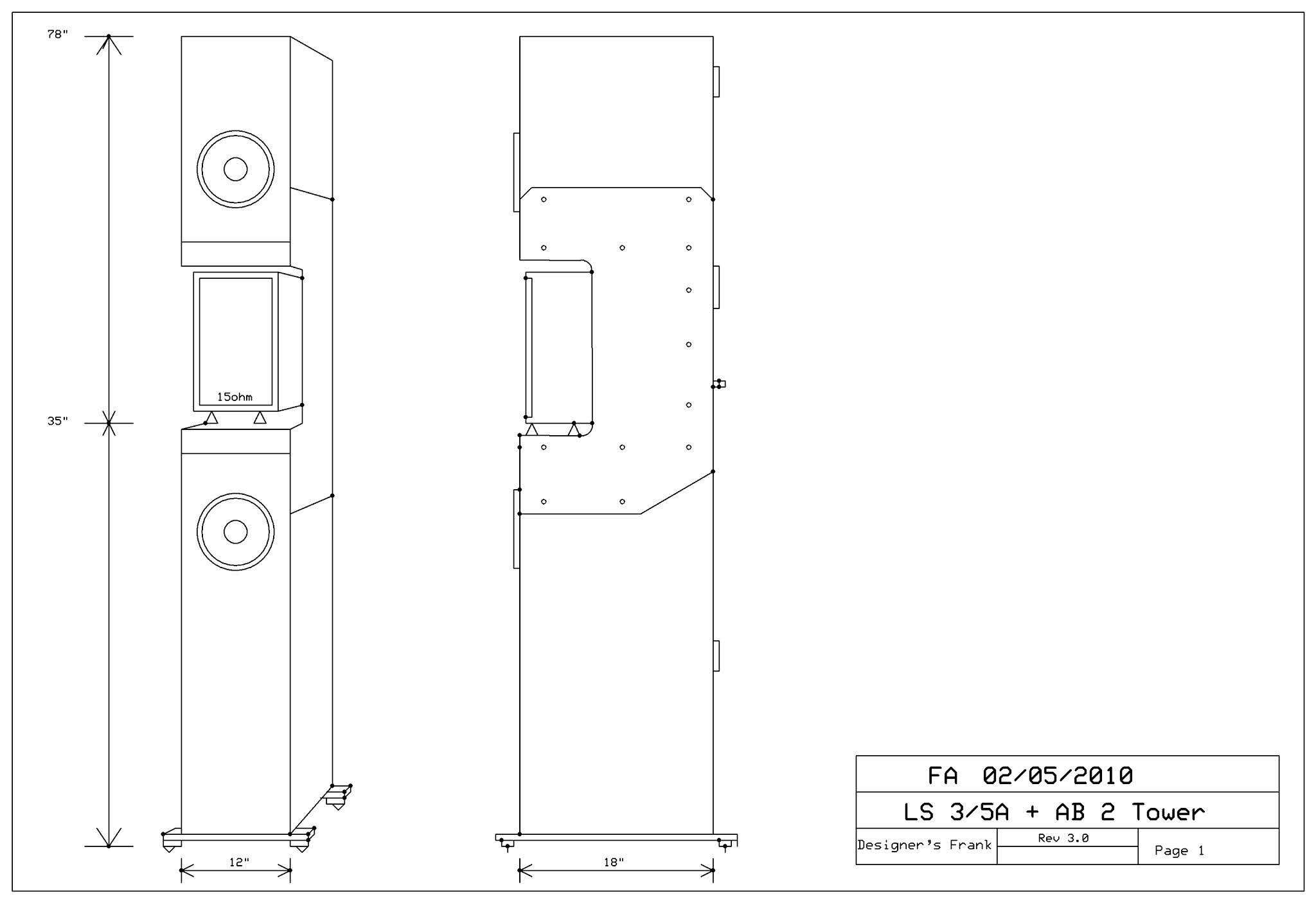 MANY hi-fi enthusiasts in Malaysia and a number of other countries are certainly familiar with the Frank Acoustics brand. It’s been around since the late 1990s, but the founder of the company keeps a low profile. Every few years or so, he announces a product that delves into less explored hi-fi realms, the latest being the Frank AB-2 Tower Sub.

Essentially, the AB-2 is an oversized passive subwoofer system designed for hassle-free integration with any hi-fi system that uses compact monitors. The only catch is installing the system in the room – each tower weighs a massive 95kg!

“My aim was to transform the sound of a small-speaker system, to make it sound much bigger,” says Frank Voon, the man behind the name.

“I know many users of compact speakers like ATC, Sonus Faber, Acoustic Energy, various LS3/5a models, JPW and Totem, and designed the AB-2 with them in mind,” he adds.

The idea for the AB-2 isn’t new, though… the ongoing Covid-19 pandemic allowed Voon time to tweak his design and transform the concept into a product.

“I designed a prototype of the AB-2 back in 2005. It was only this year that I finalised the design and price, after 10 months of working on it.”

Each tower stands 198.12cm tall, with a width of 30.5cm and depth of 45.7cm, and comprises two enclosures connected by a centre slot where the monitor is mounted.

Two nine-inch 150W Scanspeak woofers per tower get the frequencies down to 25Hz, while a one-inch super tweeter adds ambiance to the whole system and extends the headroom up to 25kHz. The sensitivity quoted is 89dB, so you can match the AB-2 pair with any amp rated for 50-300 watts of power delivery.

There are eight independent crossovers (with Mundorf capacitors) and a phase switch to match the AB-2 with your resident speakers… or you can opt for the FV-5 monitor from the company.

Voon says it takes around five week to build a pair of the AB-2 towers, which are fully constructed in Malaysia.

“I recommend a room size of at least 12 by 18 feet for this system to work optimally.”

The AB-2 being a passive system, the towers are driven by the user’s amplifier, and the mounted monitor is integrated to the sub system via a provided cable link. The enclosures are made from MDF, so any finish of the customer’s choice is available.

The price for a pair of AB-2s ranges from RM25,000 to RM35,000 depending on finish and configuration. So far, Voon has sold four pairs and the owners’ feedback has been greatly encouraging, he says.

As for the weight, not to worry, Voon and his men will deliver, install and set up the AB-2s for you!

Voon, who’s 45 and from Kuching, moved to Kuala Lumpur in the early 1990s to procure an engineering diploma from the Federal Institute of Technology.

He first attracted the attention of Malaysian audiophiles with his amazing bang-for-buck phono stage, the Pipit, back in 1998… it sold for a bargain price of RM799.

Hi-fi gear wasn’t cheap for a music-loving student like him, so Voon took the DIY route to make his own gear. It started off as a hobby, and he honed his technical knowledge when given the opportunity to repair and service audio equipment.

“A dealer used to send me his expensive phono stages, but I couldn’t afford that level of gear. I love records, so I designed my own phono stage.”

And that was how the Pipit was launched back in 1998; it quickly attained cult status with turntable enthusiasts in the country.

The Pipit, he said, was based on his belief that a good phono stage should have high gain, low noise and the correct RIAA implementation. He sold about 60 units with a help of dealers, before turning his attention to power supplies – the M5 frequency corrector was his next product, priced around RM750 and selling “a few hundred units.”

Although he continued to make a handful of products (including the rare Pipit Reference Limited Edition and 22L phono stages), it wasn’t until 2012 that his reputation went viral with the introduction of the PB-15000Ws Power Bank Storage, which also spun off the export-model UB-25000Ws and UB-15000Ws… the first required integration into the wall mains, the other two are plug-in units, requiring no installation.

During the past eight years, the Frank Acoustics power conditioners have been a familiar sight in AV shows, with some exhibitors using multiple units to address power supply discrepancies at the venues.

“I reversed engineered the Power Bank from products made by some big companies for industrial use that would cost about RM4mil… I downsized the technology for hi-fi implementation.”

The Power Bank parts are made by his sub-contractors, and Voon, who holds a day job as a chargeman, does the final assembly and quality checks in his own workshop. The UB-25000Ws has made its way to overseas markets like the USA, Thailand, Singapore and various places in Europe including the UK.

However, the Covid-19 pandemic has had a negative impact on his overseas market, admits Voon, although on the local front, it has been business as usual.

“Business is still okay here, but overseas, it has been affected because shipping has become more expensive. There was a 50% drop in our overseas orders through the past year.

“However, many people are still into hi-fi… so I don’t think this pandemic will have a major long-term impact on the hi-fi market,” he adds.

What about new products… is there anything in the works?

“For now, I’m concentrating only on the Power Banks and AB-2. I have a number of product ideas in mind that I want to develop… but slowly.”

What about a new Pipit phono – surely, with the resurgent interest in vinyl, there would be a ready market now?

“The Pipit was fun to do, it was good and cheap. But I cannot compete with the big names now in terms of price, so much is made cheaply in China. Look at how a company like iFi prices its products… I can’t compete in that sort of market, it’s no more fun. So, I won’t be doing a phono like the Pipit.”

Well, at least his Power Banks are keeping audiophiles throughout the world happy!