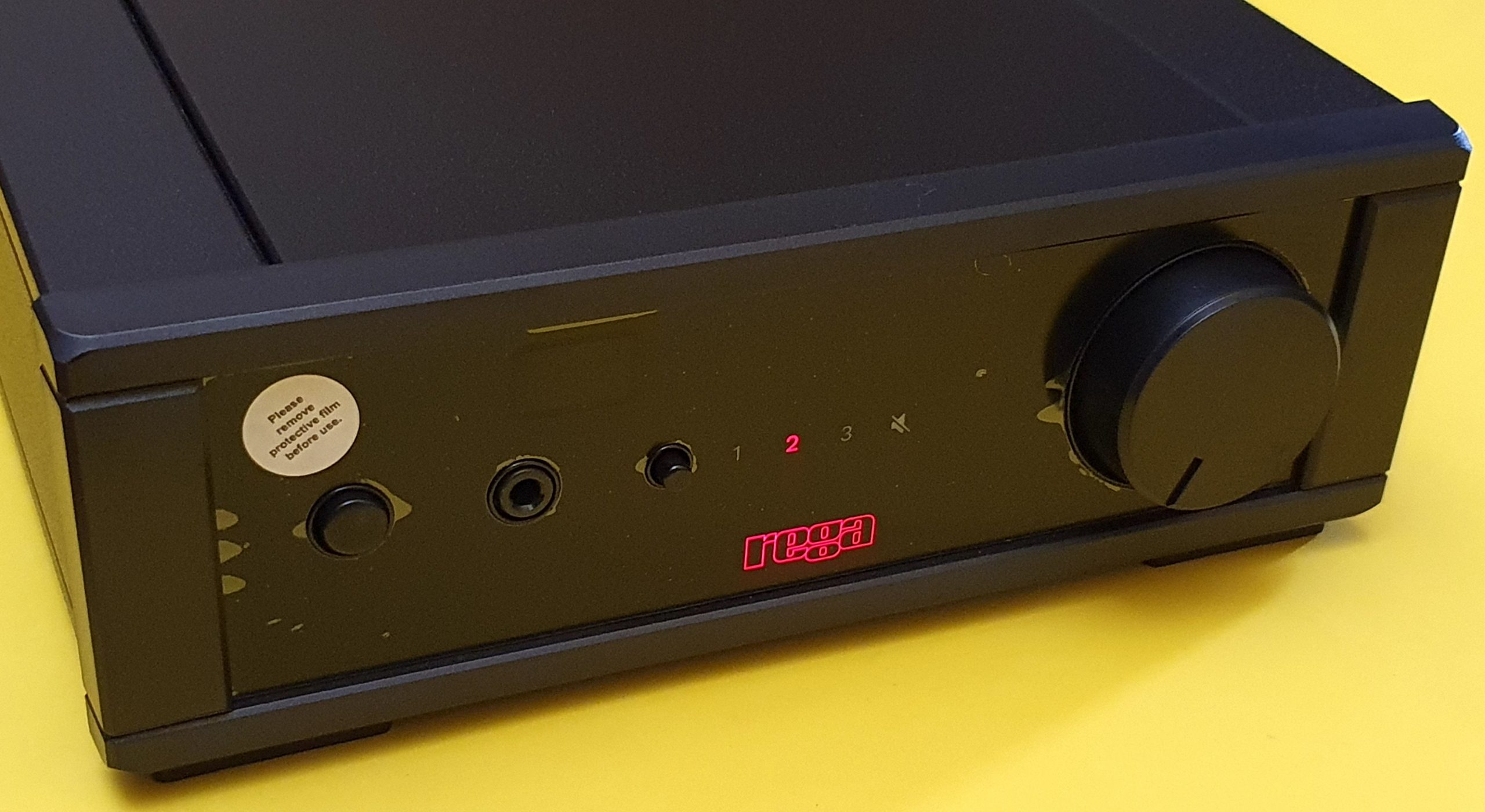 + An entertaining little amp with strong musical insight; quite possibly has the phono input performance level to beat in this price class; small form factor with good build quality.
– Tough competition where many rivals bundle in digital and wireless connection capabilities; understandably, it’s no powerhouse.
Sound: 8.5/10
Value: 8/10
A guide to the ratings

BY all accounts I’ve read, Rega’s Brio integrated amplifier has been selling really well. Rega, however, wanted an even lower priced entry-level amp, both to meet perceived market demand, and to be able to put out a complete LP replay-based system at or about its home market’s target price of £1,000. It could not do so with said Brio and their then-cheapest RX1 loudspeakers – to address this, it needed an amplifier and loudspeakers priced lower than the aforementioned two without seeking to have them made outside its factory in England.

I recently tested the new Kyte loudspeakers, and turn my attention now to its stablemate io amplifier (which I had also used, though not exclusively, in the Kytes’ review). I am made to understand that the ‘io’ name resulted from this amplifier itself being derived from the Brio. Those with long memories will recall the “Io” name had been used before in Rega’s first-generation Jupiter-Io CD transport-DAC combination (Io being one of the planet Jupiter’s moons), but it would seem it is just happenstance that a fraction of a Brio is an io.

Like its elder Brio sibling, the io takes a “half-width chassis” form but comes in at smaller dimensions and weight, at 6.8 x 18 x 29cm (h/w/d) and 2.9kg. Rega states that the io uses the same amplifier stage as the Brio, here scaled down to 30W per channel into a nominal 8Ω load, and features the same moving magnet phono stage as well. Two other sets of RCA line-level inputs complete the inputs to the amp. The only “digit-al” input comes courtesy of one’s fingers interacting with the amp’s knob and push-buttons if the supplied remote control unit is not used.

The io’s body does get quite warm to the touch in use, but nowhere near that of a typical Class A amplifier’s would. I found the input jacks and loudspeaker terminals to be rather tightly spaced, but given the size of the back plate, this was inevitable. If you’re one to still do recordings on analogue tape, note that, unlike with the Brio, there are no record output jacks present.

LISTENING
Naturally, a substantial portion of the listening time was spent pairing the io with its Kyte stablemate, but whether with vinyl LPs through the internal phono stage or with digital sources through the line inputs, the io showed its mettle with consistency. This is one sweet, insightful amplifier. It doesn’t attempt to try to sound overtly big and powerful, but presents the sonic picture with presence and good depth and width cues for its class, revealing images with clear layering and distinct outlines.

Its performance is helmed by a midband that is not obviously rich or warm but has a really good sense of transparency and nuance for an amp of this price – reproduction of tracks which have well-recorded human voices, male and female, with sparse acoustic instrument accompaniment in terms of expressiveness can match many a more expensive amp I’ve heard. Up top, cymbals are conveyed with good lustre and shimmer, string high notes and loud horns and brass instruments sound truthful. Nothing is intolerably bright or harsh unless recorded that way or the amp is matched with source components which exhibit such traits.

The io also has impressive dynamics, and in the lower regions, is well able to convey drum and bass lines in a clear manner, with kick drum on vintage 1980’s John Cougar Mellencamp and Robert Palmer albums sounding taut and authoritative. Rock, reggae and jazz tracks tested were true to the beat where the listener readily latched on to underlying ostinatos while easily appreciating the other elements of a song built thereon as a whole.

I could go on with the adjectives, but for me, ultimately, it’s the way the io conveys things as a whole that somehow creeps under your skin and keeps you wanting to listen, which is its claim to fame and ability to provide potential long-term satisfaction.

THE LAST WORD
Obviously, no matter how good the io may be, its limited feature set will not make it for everyone. Those leaning toward use of digital and wireless sources at this price, or need more power on tap, may be better served elsewhere.

Rega is clear as to which type of customer this amp is aimed at, ie beginner or more traditional analogue LP-leaning listeners with more limited means who prioritise overall long-term musical satisfaction. The io has sufficient power on tap to get on well with typical loudspeakers in its price range and, as a member of Rega’s System One trio, pairs chummily with the new Kytes. It’s hard not to like in heaps, so go give this little gem a listen.