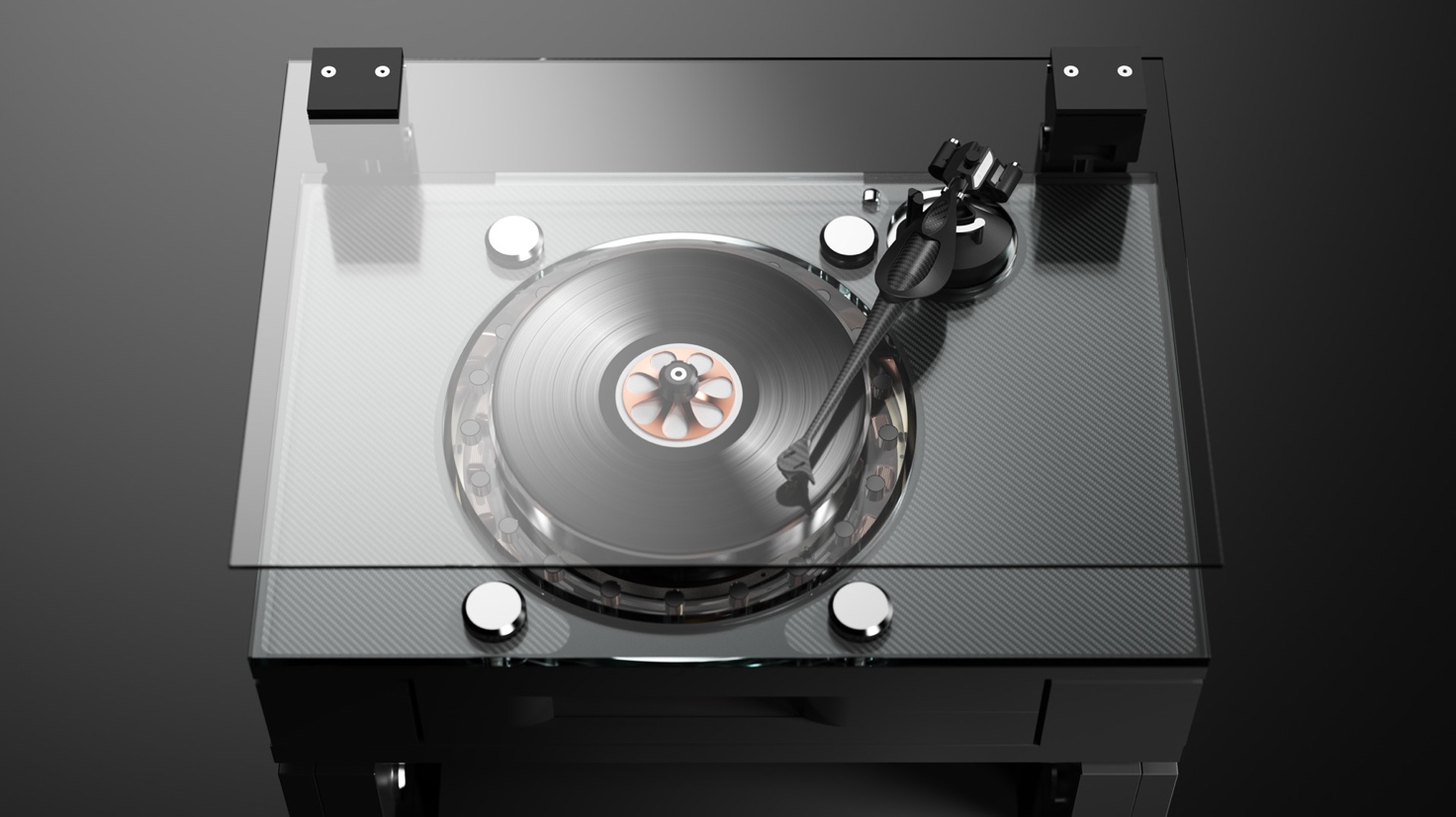 MANY audiophiles these days probably know of Wilson Benesch as a maker of cutting-edge loudspeakers, but the company, founded in 1989 in Sheffield, Yorkshire, UK, has deep roots in vinyl playback. Its very first product was the Wilson Benesch Turntable in 1990s, which introduced novel technologies (at the time) not seen in before in high-end audio, like the use of carbon fibre composite structures.

The Turntable was discontinued when the Papst motor it used became obsolete. Wilson Benesch, meanwhile, introduced the A.C.T loudspeaker, which also used composite technology and went on to received as much acclaim as the Turntable. Both are viewed today as benchmark designs. The loudspeaker range grew, but the company didn’t abandon vinyl; later in the 1990s, the follow-up arrived in the Full Circle turntable, which used a carbon fibre unidirectional cantilever suspension system. There’s also a Circle 25 model in the range now.

According to the company, “the Full Circle delivered a solution to new analogue enthusiasts who had little-to-no previous experience of setting up and maintaining a high-end turntable, and was a direct answer to the ease of the digital compact disc that was threatening the very existence of vinyl at the time.”

Wilson Benesch continued to research and develop cutting-edge technology over the next two decades, even winning a fund from the UK government along the way. And last year, the it brought together a consortium that won funding of £327,000 from Innovate UK. The brief was to pioneer and develop a “completely novel motor and dedicated poly-phase motor power supply system”. It’s called the Omega Drive and will be the centrepiece of a new Wilson Benesch transcription-level deck, the GMT One System turntable.

“It is widely recognised that at the heart of all turntables is the motor drive and its power supply. It is also broadly accepted that to-date, every turntable ever produced has suffered from one compromise or another in terms of how it is driven. The Omega Drive as a key part of the GMT System simply concludes this unending search, ” the Wilson Benesch informs us in a missive.

“The Omega Drive is completely novel and is a patent-applied-for system that also has multiple design registrations. It has been developed from a clean sheet for one single purpose. It isn’t an off-the-shelf system that has been adapted to the role. It is without exception, unlike anything seen before. Every aspect is unique and as a whole, is the subject of both a patent application and many design registrations.

“All the GMT systems will be manufactured and assembled in-house within the very same building within which the product was designed and developed. This applies to the electronic systems that will be supplied by the developer, CAAS Audio.

“Of course, the quality of the outcome is only as good as the measurements. The classic measuring systems used to date for measuring speed and speed fluctuations was found to be inadequate for the task and a novel new system based upon a high resolution pico-encoder was developed. The resolution was critical to the iterative design approach. The result is a truly unique, state-of-the-art, control and drive system that delivers unprecedented levels of precision and immeasurable speed fluctuations.

“Poly-phase drive signals are synthesised by a sophisticated microprocessor controlled DAC module with absolute control over each and every critical variable, to ensure the ultimate performance. The control software and algorithms were also developed in tandem with CAAS Audio. These advanced systems monitor the drive technologies in real time, while pure analogue, linear amplifiers handle the transfer of the synthesised signals. These bespoke, high precision systems combine to guarantee the lowest possible levels of distortion and absolute accuracy in the motor drive system.”

The GMT One System targets archivists, and its primary goal is to “preserve valuable recordings and minimise the impact of transcription.”

“To achieve this, the GMT One System provides unprecedented levels of control. For the first time, it is possible for each and every parameter to be controlled to extremely high levels of precision to achieve the ultimate and virtually flawless transcription of the micro groove. Significantly, these transcription parameters for the motor and the tonearm can be dialled in remotely to unprecedented levels of accuracy. No other product in the world can approach this level of accuracy, control or reliability. As such, the GMT System sets the new benchmark from which all other analogue replay systems will be judged by.”

Wilson Benesch is not saying how much this turntable will cost, apart from hinting at a possible official launch for the public in January 2022. Full details will be made available then.