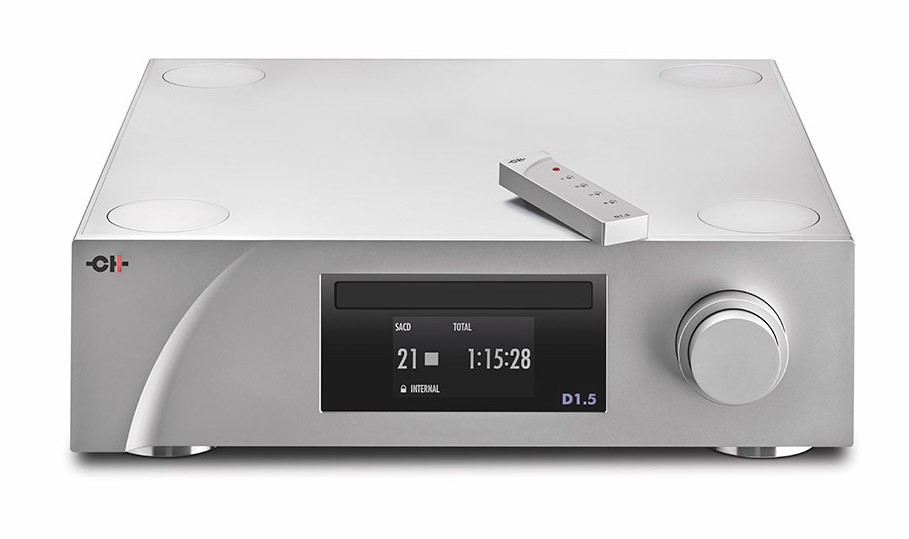 REPORTS of CD’s demise are greatly exaggerated; the format is very much alive and thriving… especially in the realm of The High End. Testament to this comes from Switzerland’s CH Precision, which developed and built its own optical transport mechanism over a decade ago for the D1 CD/SACD player/transport. This has evolved with new developments and technologies to the latest iteration of that mean machine… it’s now the D1.5.

The D1 was a multi-channel capable machine that was user-configurable and upgradable, with a card-cage construction – it set a standard for high-resolution disc replay, despite the growing popularity of high-res streaming among audiophiles.

“With the constant development of new production techniques, materials and even formats, optical disc has never sounded so good. The emergence of Glass CD, SHM discs, UHQCD and new formats such as MQA-CD, has improved performance, giving disc replay a renewed relevance, while millions of existing discs still offer superb performance. But at the same time, the quality of replay hardware has diminished significantly, undermining those advances and masking their real value,” CH Precision tells us.

“To match improving digital standards, we have developed our own, mechanically damped, high-mass MORSe transport mechanism. We have revised the optional on-board upsampling, updating it with our proprietary PEtER spline filter algorithm. We have added MQA replay capability, while also allowing users the choice of optimised MQA digital output when connected to an external, MQA-capable DAC, avoiding on-the-fly sample-rate switching.

“Owners could start with a single-box D1.5 player and grow it by stages and without cost penalty, all the way up to a nine-chassis, state-of-the-art digital front-end! Of course, they can also stop at two-boxes, three-boxes or any number of boxes up to nine – the ultimate example of upgradability.”

Among the key points of the new D1.5 are:

The D1.5 shares an almost identical form-factor and operational interface as its predecessor, but it is a completely different machine inside. Existing D1s cannot be physically upgraded to D1.5 status, but a factory trade-in scheme and compatibility with all existing CH digital products allow existing owners a cost-effective path to the D1.5.