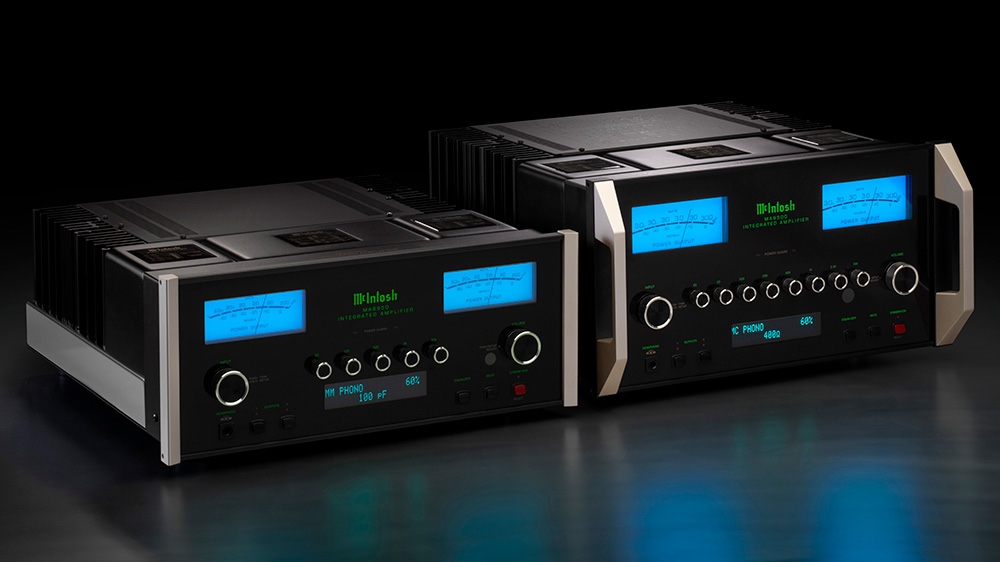 TWO McIntosh integrated amplifiers have been updated – the MA9500 and MA8950 are the new iterations of the award-winning MA9000 and MA8900 respectively. Did they run out of numbers…?

Highlights of the new amps include the doubling of filter capacity for a 50% increase in dynamic headroom and better bass, and upgraded power supply components to further reduce noise emissions while also adding more robustness in the most demanding conditions.

Both the MA9500 and MA8950 also come standard with McIntosh’s advanced DA2 Digital Audio Module with an HDMI input and support for DSD512. A variety of McIntosh technologies, including Autoformers, Power Guard, Sentry Monitor, Monogrammed Heatsinks, Home Theater PassThru, Headphone Crossfeed Director and Power Control are also on board.

The MA9500 is rated at 300 watts and features 10 analogue inputs – two balanced, six unbalanced, plus one each moving coil and moving magnet phono input that both offer adjustable loading. It also includes a set each of balanced and unbalanced outputs to link to to another power amplifier. A discrete, eight-band tone control allows for advanced manual analogue adjustment of ±12dB in 2dB increments at frequencies of 25Hz, 50Hz, 100Hz, 200Hz, 400Hz, 1kHz, 2.5kHz and 10kHz.

The MA8950 offers 200 watts per channel and comes with nine analogue inputs – one balanced, six unbalanced, one MC (with adjustable loading), and one MM phono input. There’s also an unbalanced fixed output and an unbalanced variable output along with a discrete, five-band tone control that allows for advanced manual analogue adjustment of ±12dB in 2dB increments at frequencies of 30Hz, 250Hz, 500Hz, 2kHz and 10kHz.

New wine in old bottle, or old wine in new bottle? Get more detailed information on these amps on the McIntosh website. The MA9500’s retail price is U$12,000, and the MA8950, US$9,000. Shipping to the United States and Canada markets begins this month, with the global availability to follow soon.