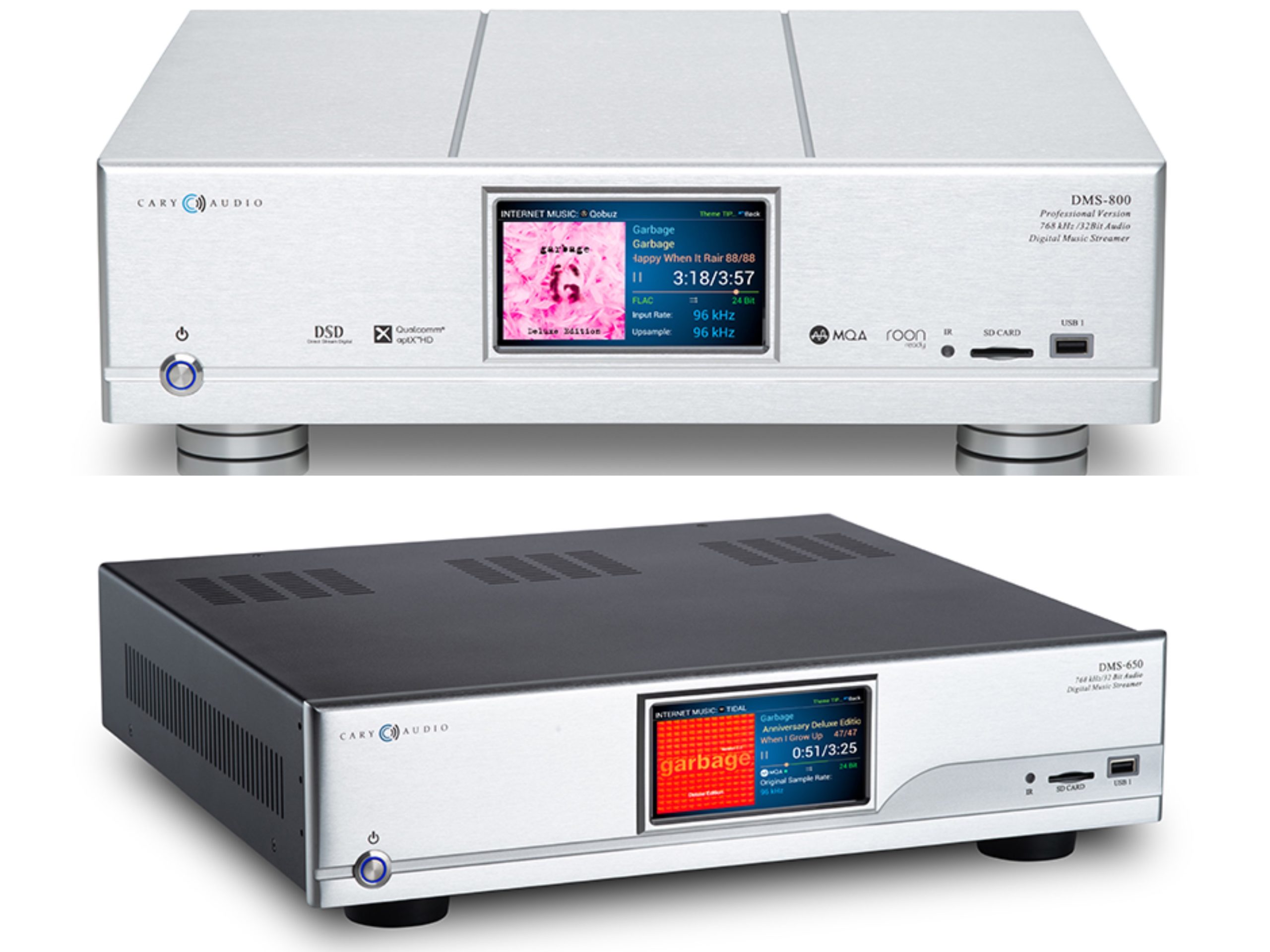 CARY Audio has expanded its network… network audio players, that is; adding to the current DMS-700 are the new entry-level DMS-650 (which replaces the DMS-550) and flagship DMS-800 Professional Version.

“DMS-800PV network audio player improves upon the performance of the DMS-700 by essentially creating a dual-mono, dual-differential version of the DMS-700. Inside the DMS-800PV, we’ve doubled the DACs to include two AK4499EQ four-channel current output switched resistor DACs, as well as doubled the DSP stages.”

Also, the press literatures adds that the “digital and analogue power regulation stages have all been doubled, and we have completely separated the left and right channels using separate DACs and analogue circuit boards. All of this and more, including a larger five-inch display, with a slightly taller stance and Crystek clock. This is our ultimate model of the DMS platform.”

As for the DMS-650, it uses the “AK4497EQ DACs along with our robust digital front-end and cutting-edge analogue circuitry and redefines what it means to be entry-level. The DMS-650 has a slight cosmetic redesign that features a black-out appearance (for black units), which includes a black display frame and black power button. For both black and silver units, the right-side groove now includes a ‘swoosh’ design as well as a faceplate devoid of silkscreened logos for an ultra-clean sleek look.”

The new network players provide the same user experience and sonic signature of the DMS-700 and are also Roon Ready and MQA Certified, with Spotify Connect, Tidal, Qobuz and Internet radio all in the package.