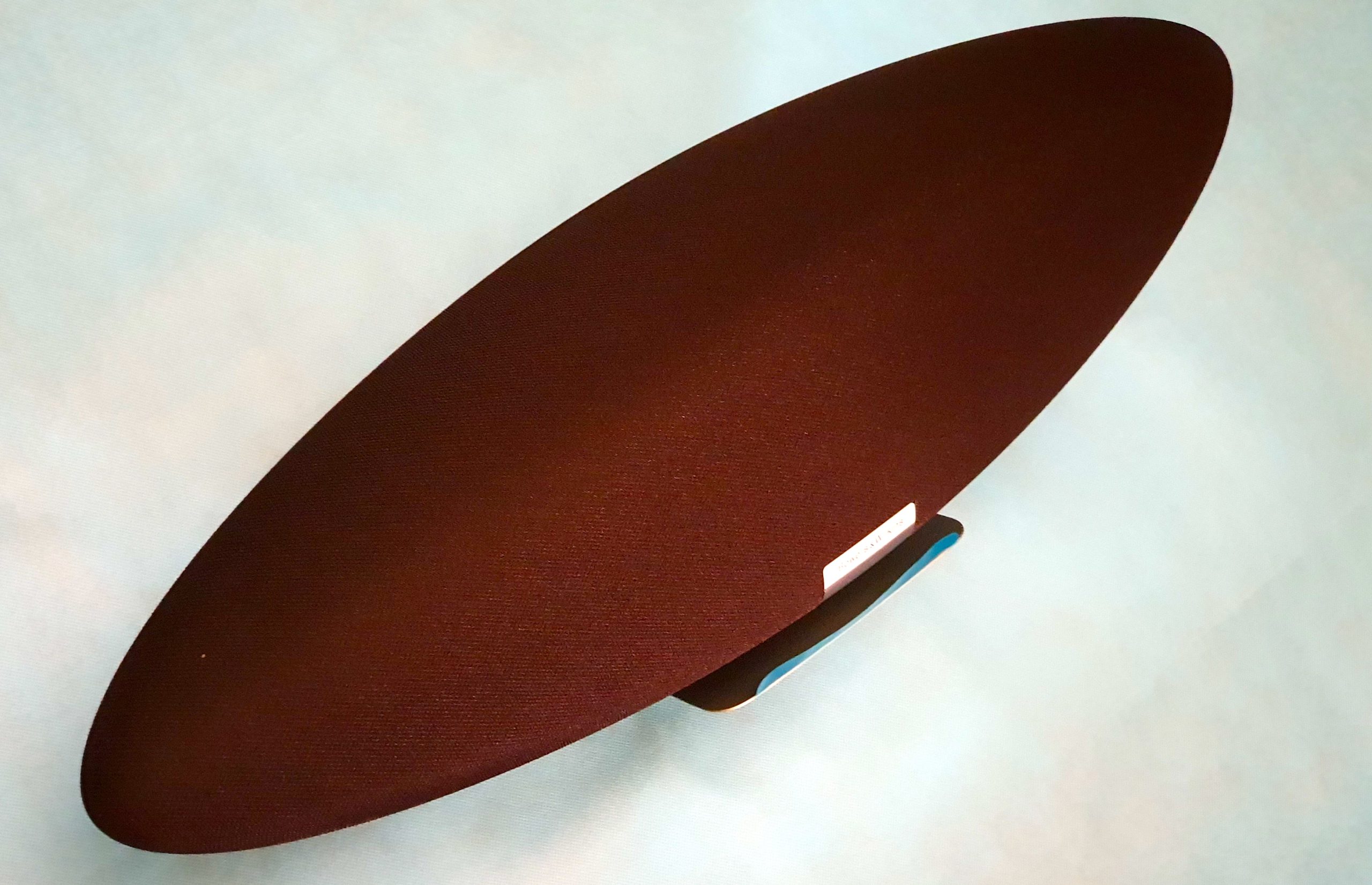 BOWERS & WILKINS has, as an established hi-fi brand, successfully navigated the treacherous waters of being a hi-fi brand transforming into a more lifestyle oriented brand, though I would never say it has really aimed at becoming a consumer brand.

As such, Bowers & Wilkins started this process over a decade ago with the introduction of a number of powered speakers which were meant to serve the non traditional hi-fi market – quite a step from its origins as a high technology passive speaker designer and manufacturer, obviously taking from its DNA as such to produce the original Zeppelin speaker, which made quite a splash in 2006 as a premium iPod dock. The success of that design spawned three further generations and even a derivative smaller Zeppelin Mini.

Over the years, the iPod dock has taken on wireless streaming capabilities as well as more of Bowers & Wilkins’ speaker technologies from its 600, 700 and 800 series passive speakers, as well as continuing to develop the class D amplification as well as the DSP used to drive them.

In its fourth generation guise, the Zeppelin (2021) still shares the distinctive shape which gives its name and a “floating” foot design with ambient lighting to give the impression of its eponymous airship design actually appearing aloft over your table. It’s certainly a talking point if presented in your living room as such, but will not easily fit in anonymously into your decor. There are two colour options – a darker midnight grey and a lighter pearl grey finish.

The three-way system’s tapered sides house the speaker’s one-inch double-dome tweeters (derived from 600 series speakers), where the tweeters are isolated from vibration from the larger drivers in the enclosure. A pair of 3.5-inch midrange drivers featuring Bowers & Wilkins’ Fixed Suspension Transducer (FST) technology have been brought over the company’s flagship 800 Series Diamond speakers. A large-ish (six-inch) subwoofer rests in the centre.

The 2021 design packs 240 watts of Class D amplification, with 40W to each tweeter, 40W to each mid-range, and 80W to the subwoofer. Stated frequency response is 35Hz to 24kHz – though how exactly this is measured is not made clear.

On the top of the speaker, there is a line of buttons for volume, play/pause, access to Amazon Alexa and a multi-room button, which will be enabled once the firmware for the speaker is updated later this year. On the rear, B&W has stripped the ports to USB-C for service only, a reset button and a figure eight mains inlet.

Streaming smarts have also been upgraded in the new Zeppelin, with Google Chromecast joining Airplay 2 as well as Spotify Connect. Bowers & Wilkins has promised further updates to bring more functionality, including integration with its Formation series speakers – see the review of the Formation Duo speakers which I wrote.

In its current trim, the Zeppelin cannot integrate into Roon except via Airplay 2. Via the Bowers & Wilkins Music app, the Zeppelin can stream from Tidal and Qobuz, whilst Spotify can stream via Spotify Connect. Apple Music users can use Airplay 2 – with multi-room/multi-speaker capabilities from that protocol. Unlike some other streaming speakers, two Zeppelin units cannot be configured as a stereo pair. Rounding out the streaming is support for Bluetooth 5.0 with AAC, AptX Adaptive, and SBC codecs.

TESTING
I reviewed the Zeppelin in my living room, not in my listening room, as I wanted to test this in the setting it is most likely to be used in. I streamed from app from Tidal (I do not have a Qobuz account), Spotify via Spotify Connect, Apple Music via Airplay 2 and Bluetooth from my Google Pixel 6.

I also compared this to my own Zeppelin Wireless (2015) to see how Bowers & Wilkins has moved the design forwards in six years.

Setup was straightforward once I reset the unit with the button on the back and followed the prompts on them music app.

I was not able to test the Amazon Alexa smart speaker functionality as I do not have an Alexa account.

LISTENING
Getting going with Spotify Connect, the 2021 Zeppelin come out of the gates at a strong gallop – with a lively sound which projected well into a large living room space. You would never confuse it for an appropriately sized two-channel system, but this speaker truly deserves the descriptor of “room filling”. In smaller rooms, this speaker can truly “engage and energise” the room. Spotify fed the speaker for casual listening for a couple of days, and even my wife loved the speaker – it has a very easily enjoyable and musical sound.

For more critical listening, I switched to the Bowers & Wilkins Music App and logged into my Tidal account to pull up my test tracks. Starting out with Miles Davis’ Kind of Blue – the spaciousness of the sound was evident, with the instruments panning out across the speakers, wider than the unit, though it still cannot compare with a proper two-box speaker set-up. What was surprising was that there is real depth in the presentation with layering. Instrumental timbres were good with a richness in Miles’ horn as well as Coltrane’s and Cannonball’s saxes. Cymbal textures were also very nicely rendered, with a good sense of air.

I then switched to some rock/pop. Dire Straits’ Brothers and Arms – Money for Nothing was a lively and enjoyable listen, with Sting’s vocals threading nicely with the band’s rising instrumentals as well as Mark Knopfler’s drawl. The speaker’s pace and timing are spot on, with a good sense of propulsion.

Next up was orchestral selections from John Williams: The Berlin Concert released by Deutsche Grammophon. The speaker rendered the orchestra textures well, though separation of the instrumental sections was limited. All the same, the weight of the Berlin Philharmonic was apparent even from a small speaker, especially on the opening track, Olympic Fanfare, which took me back to 1984 and the Los Angeles Olympics.

I also briefly tested the speaker with Chromecast Audio, and that worked well as did Airplay 2. Bluetooth streaming was also good, though it did exact a small penalty in fidelity.

vs Zeppelin Wireless (2015)
When compared to its predecessor – it’s clear that the last six years has not been wasted – the new Zeppelin bested the Wireless on every department, with deeper bass, better timing, more projection into the room and more delicate high end. The only place the Wireless bested the newer unit was on some female vocal tracks where there was a tad more definition on the voice – especially on a track such as The Moon is a Harsh Mistress on Fairytales by Radka Toneff and Steve Dobrogosz.

CONCLUSION
Bowers and Wilkins has turned out another superb lifestyle speaker, blending the eye-catching and iconic design with some real sonics. This isn’t hi-fi per se, but who cares? It makes music enjoyable and accessible to all – my wife is testament to this, as she remarked on how she liked using it via Spotify Connect

But unlike its predecessors, the Zeppelin now has a fair bit of competition from the likes of Naim, who has also leveraged its hi-fi credentials to produce the Muso and Muso QB, which also provide similar functionality in a strikingly designed unit. Also of note are the likes of the SONOS Five and Bluesound Pulse 2i, which aren’t as striking designs, but have some real sonic prowess and more streaming flexibility, inducing the ability to pair speakers to make real stereo pairs.

So a strong recommendation, with the caveat that you should also audition the alternatives which may provide an aural profile you might prefer or offer streaming functionality beyond what the Zeppelin may offer.