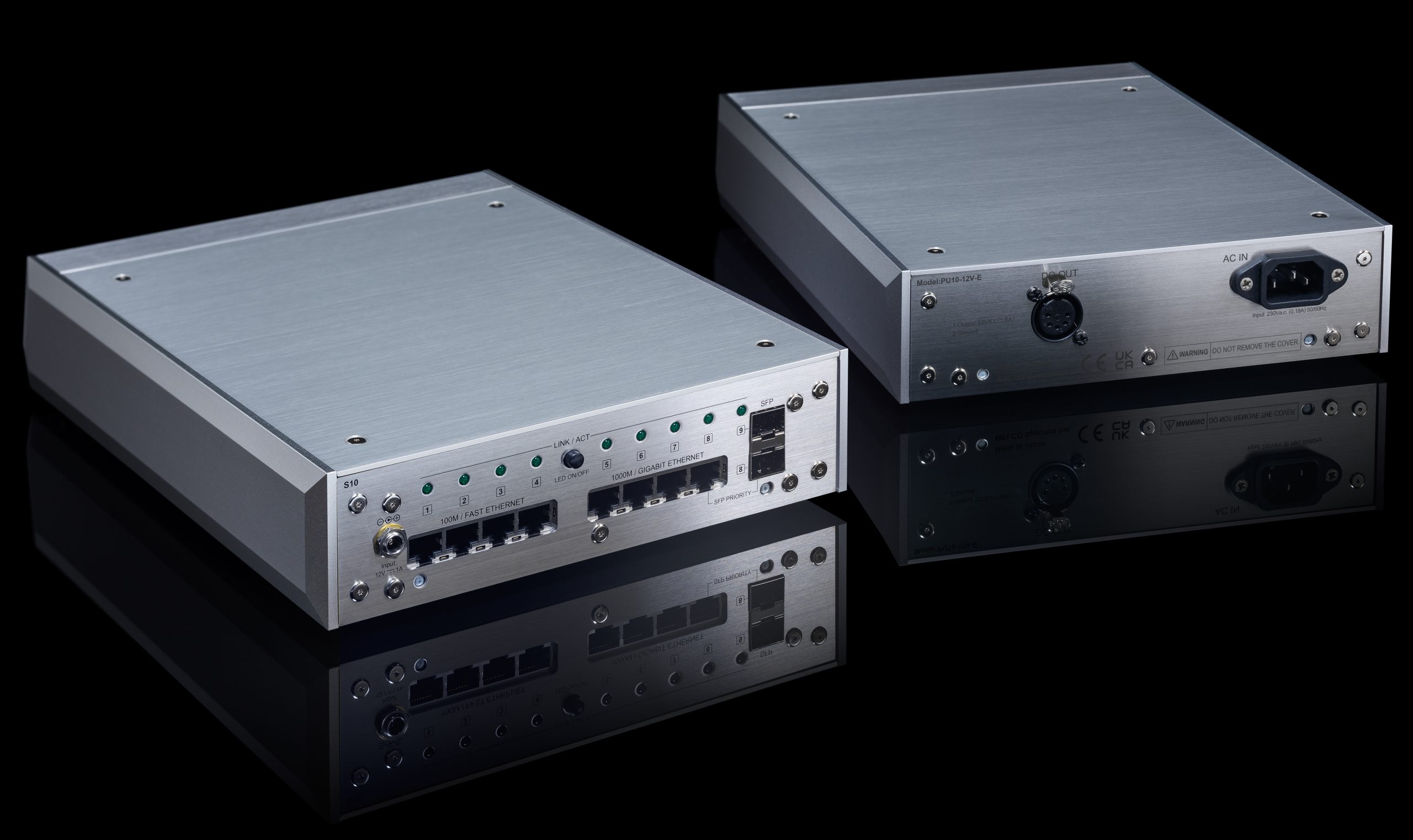 Fastidious audiophiles diving into the deep end of streaming will surely want to ensure that every component in the system chain meets high-end sensibilities. For them is Melco Audio’s two-box S10 flagship network switch for the “ultimate is networked audio sound quality”.

“The new S10 comprises a ‘head’ unit and a power unit, separating the sensitive data-carrying areas of the design from the power supply. The two-box approach echoes that of the recently announced flagship digital music library, the N10/2, and offers the least compromise when it comes to ultimate sound quality,” Melco tells us.

“The S10’s head unit is based on a heavily upgraded S100 network switch, and benefits from a greatly improved power management section. The head unit’s casework has also been significantly improved with better aluminium used for the casework to improve rigidity and increase isolation for the signal-carrying electronics. A rigid-steel screened chassis offers further mechanical stability.

A large toroidal transformer, forming the bulk of the S10’s power unit, is mounted on a solid base with specialist insulators from Japan’s TAOC. Other features include high-quality Neutrik connectors on the output, plus a high-precision 102 SSC conductor from Tokyo’s Oyaide for the connecting DC cable.

The S10 network switch is available to order now in black or silver and is priced at £4,999.