connected-fidelity pucks could Float your boat 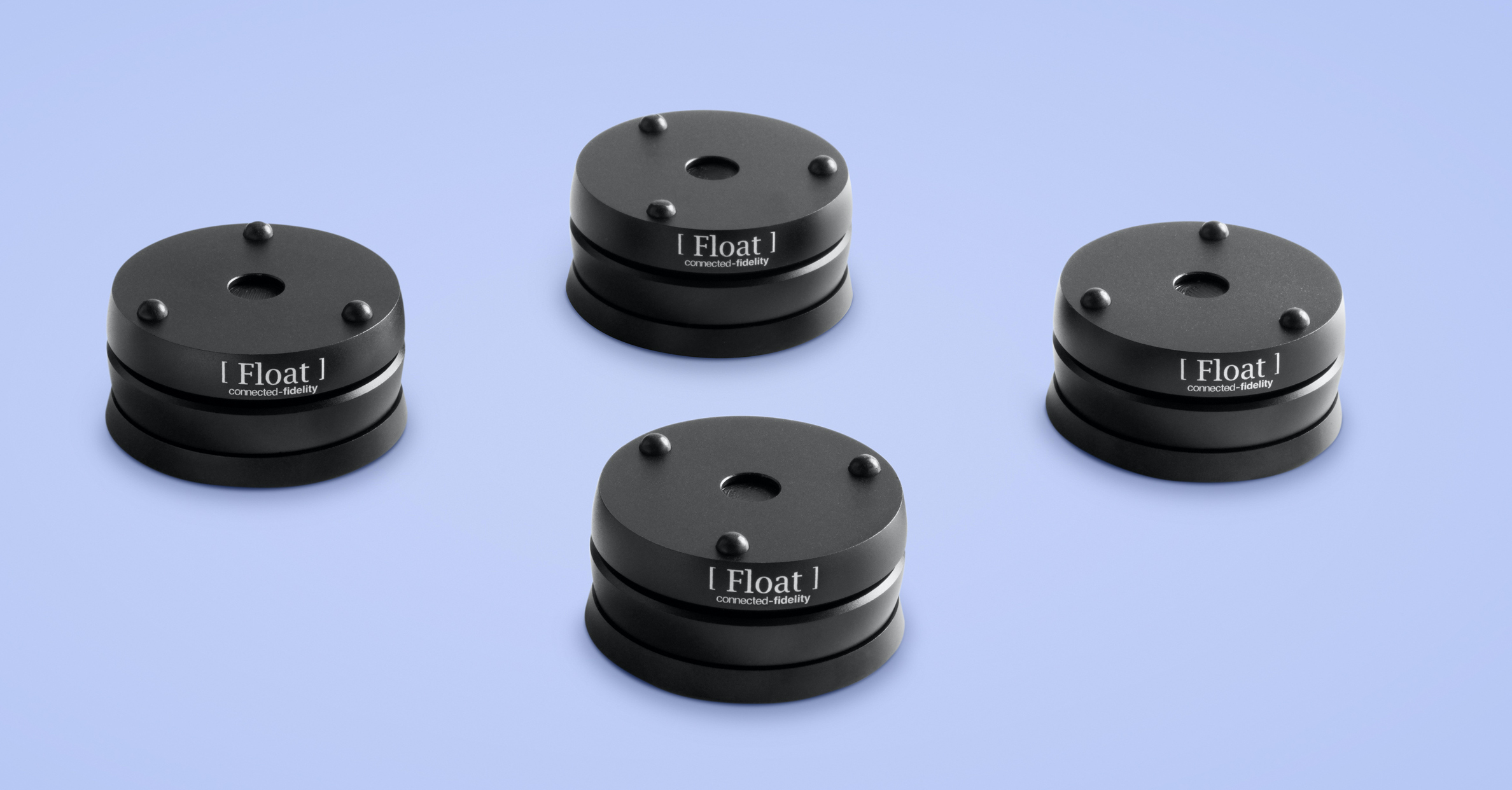 VIBRATION, resonance. Audiophiles are constantly in a battle to banish their effects from their hi-fi systems, and there are many devices in the market to tempt punters. connected-fidelity, a recently-formed UK company that makes accessories for hi-fi enthusiasts, offers its Float isolation pucks for consideration.

According to the press release, the Float range is the result of “extensive investigation into the how and why of isolating audio and AV components to achieve high-level performance without inadvertently altering the natural sound quality.”

“Isolation products that feature materials such as rubbers, silicones and springs will dampen some of these resonances, however this often comes at a cost: the compliant ‘memory’ of such materials means that they can add their own resonance character. At the same time, these materials tend to act as a ‘stopper’, and so vibrational energy is reflected back, rather than providing an energy conduit or ‘sink’ to dissipate that energy.”

connected-fidelity claims the Float pucks do things differently, and instead of compliant or damping materials, feature an arrangement of “floating” spheres held within two circular, cup-shaped channels.

“Within their rigid, anodised aluminium two-part body hides a bespoke ball race manufactured from chromium steel, in which a non-resonant material ‘cage’ holds the balls apart. Three POM spheres set into the top and bottom faces of each puck act as feet to ensure stability. The Float puck’s design ensures that vibrational energy is spent in the micro-movements of these spheres without losing a direct connection path between the component and the surface on which it is placed.”

Optional coasters, one of which is supplied as standard with each unit, can be added above or below each Float puck. For use with loudspeakers up to 30kg, a set of speaker connectors is offered with threaded fixing options (M6 and M8). For loudspeakers over 30kg, a dedicated Float set, including all components and connectors, features chrome steel balls in place of the POM spheres to ensure no deformation over time under a heavy load.

Available in black or silver, Float isolation pucks are supplied in sets of three and four, with additional coaster sets also available.

Loudspeaker connectors, for use with above pucks for loudspeakers up to 30kg are £199 for a set of four (M6/M8) and for the whole set for 30kg+ speakers, £599 for the set of pucks/coasters/connectors (M6/M8).