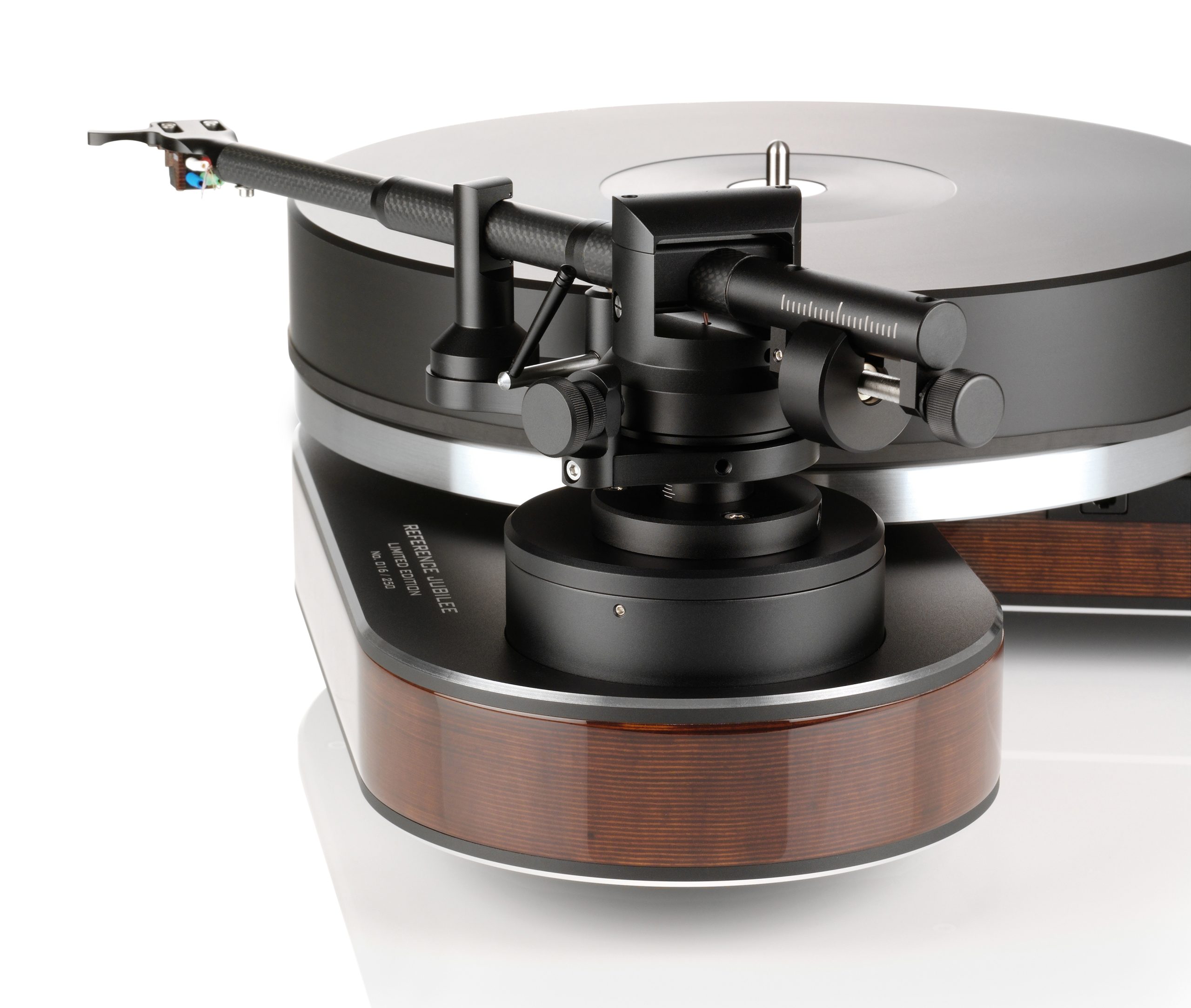 ANALOGUE meets digital in the new Clearaudio Reference Jubilee turntable, but it’s not what you think. According to Clearaudio, “the design team has expertly married digital and analogue technology to achieve a new level of precision and consistency of rotational speed… a 12-bit DAC generates a motor reference voltage which is converted using discrete electronics into an analogue voltage signal.”

This means the digital reference is used only to compensate for slow movements or drifts due to temperature, oil viscosity, belt friction factors and so on; the motor is driven purely by the analogue output stage.

The motor itself is brand new – a belt-driven, high-torque, air-core (non-magnetic) 24-volt DC unit that is claimed to run exceptionally quietly… its entire housing is decoupled from the main chassis, and suspended by an elaborate network of rubber “tightropes”.

“The original Reference was Clearaudio’s first ever turntable, launched back in the 1980s. It featured a distinctive boomerang-shaped, resonance-optimised chassis, which the new Reference Jubilee reprises, now replacing the earlier acrylic version with a higher-performing Panzerholz wood and aluminium construction.

“And, while the new Reference Jubilee incorporates several of Clearaudio’s tried and tested innovations, these come in slightly adapted and tailored forms. A 6cm-thick main platter, constructed from highly damped polyoxymethylene (POM), rotates on a special version of the brand’s renowned frictionless ceramic magnetic bearing.

“Below, and built into a heavy, 8.5kg stainless steel sub-platter, is Clearaudio’s OSC (Optical Speed Control), in which in an optical sensor takes a reading of the sub-platter’s rotational speed (with 1,598 impulses per revolution) and delivers that reading to a control unit. The control unit then immediately regulates the slightest of deviations by adjusting the motor’s voltage via an operational amplifier.”

Coming with a two-year warranty, the Reference Jubilee will retail at £17,500. Bring your own tonearm, or better still, pick from the Clearaudio range of arms and cartridges.