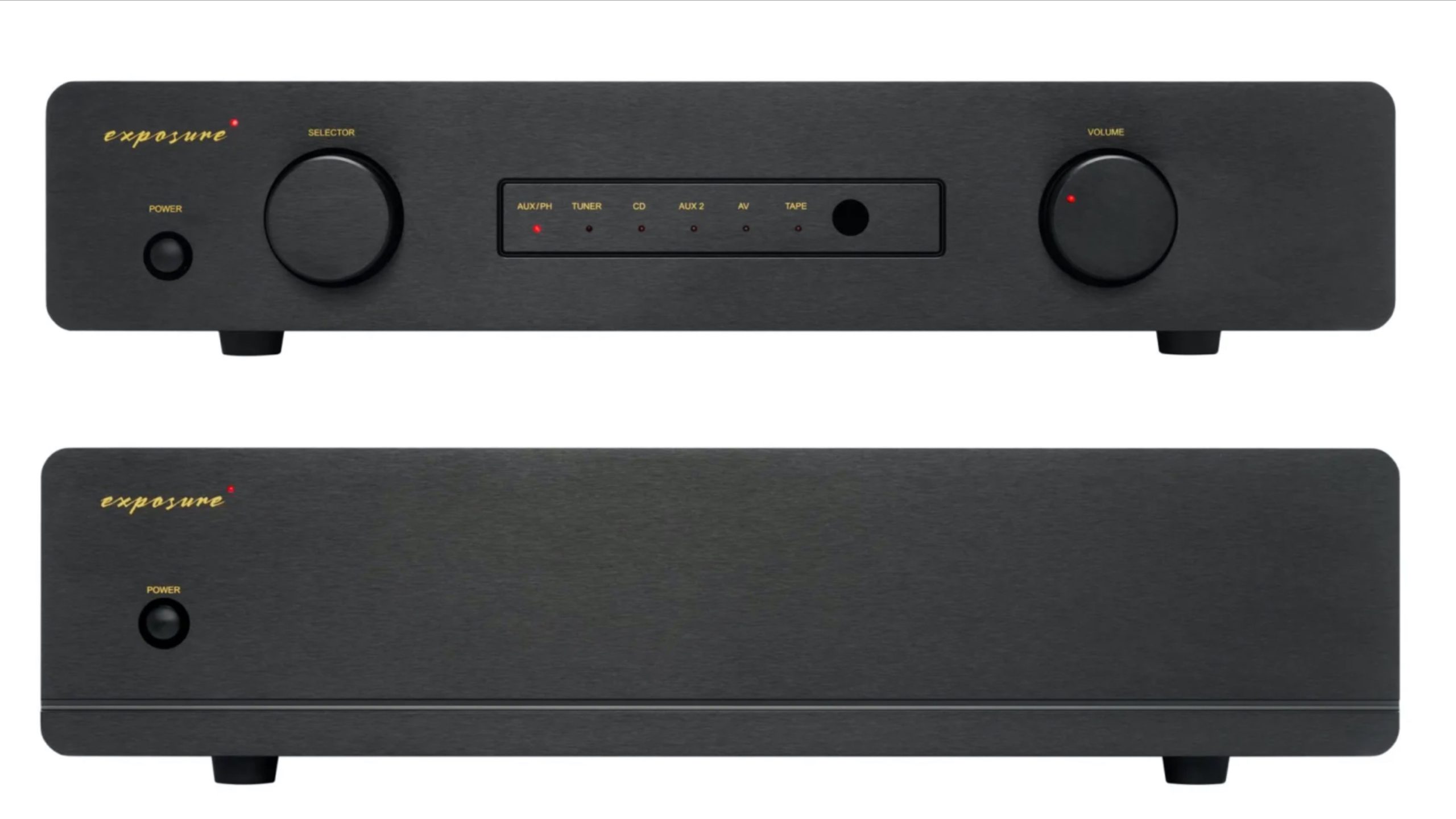 EXPOSURE has expanded its recent 3510 range, adding a preamplifier and stereo power amp to the integrated unit that was launched last year.

“The new 3510 series shares many design elements with Exposure’s top-of-range 5010 series. First in the series was the 3510 integrated amplifier which replaced and improved upon the award-winning 3010S2D of the outgoing 3010 series. Now it’s the turn of the 3010 series pre- and power amplifiers to hang up their hats, as they are similarly replaced by superior 3510 models,” the press literature tell us.

The 3510 preamplifier has six line inputs, with the option to substitute one of these to fit an MC or MM phono module or a plug-in DAC. There are two main RCA outputs and a tape output. High quality relays are used for input source selection, while audio output stages use discrete transistor class A output buffers.

On the AV input, there is a choice of fixed or variable gain, allowing configuration as either a regular stereo input or a fixed gain home cinema input.

“The 3510 preamp features all discrete transistors in the gain stage with a hybrid power supply circuit designed to ensure very low noise on the supply rails to the gain stage. Input switching and volume tracking of the PCB have been further optimised for less crosstalk.”

As for the 3510 stereo power amplifier, it delivers 110 watts per channel into eight ohms, “making it ideal for driving difficult speaker loads, particularly in bi-amping mode with the 3510 integrated amplifier.”

“Expect enhanced linearity and lower distortion at high power output, and with extra smoothing added to the power supply.”

Both the pre and power sport Exposure’s signature minimalist design, with full aluminium casework and extruded front panel to control resonance and stray electro-magnetic fields. Both are available in black or titanium and come with a three-year guarantee.

The Exposure 3510 preamplifier and stereo power amplifier are available now, priced at £1,590 each.