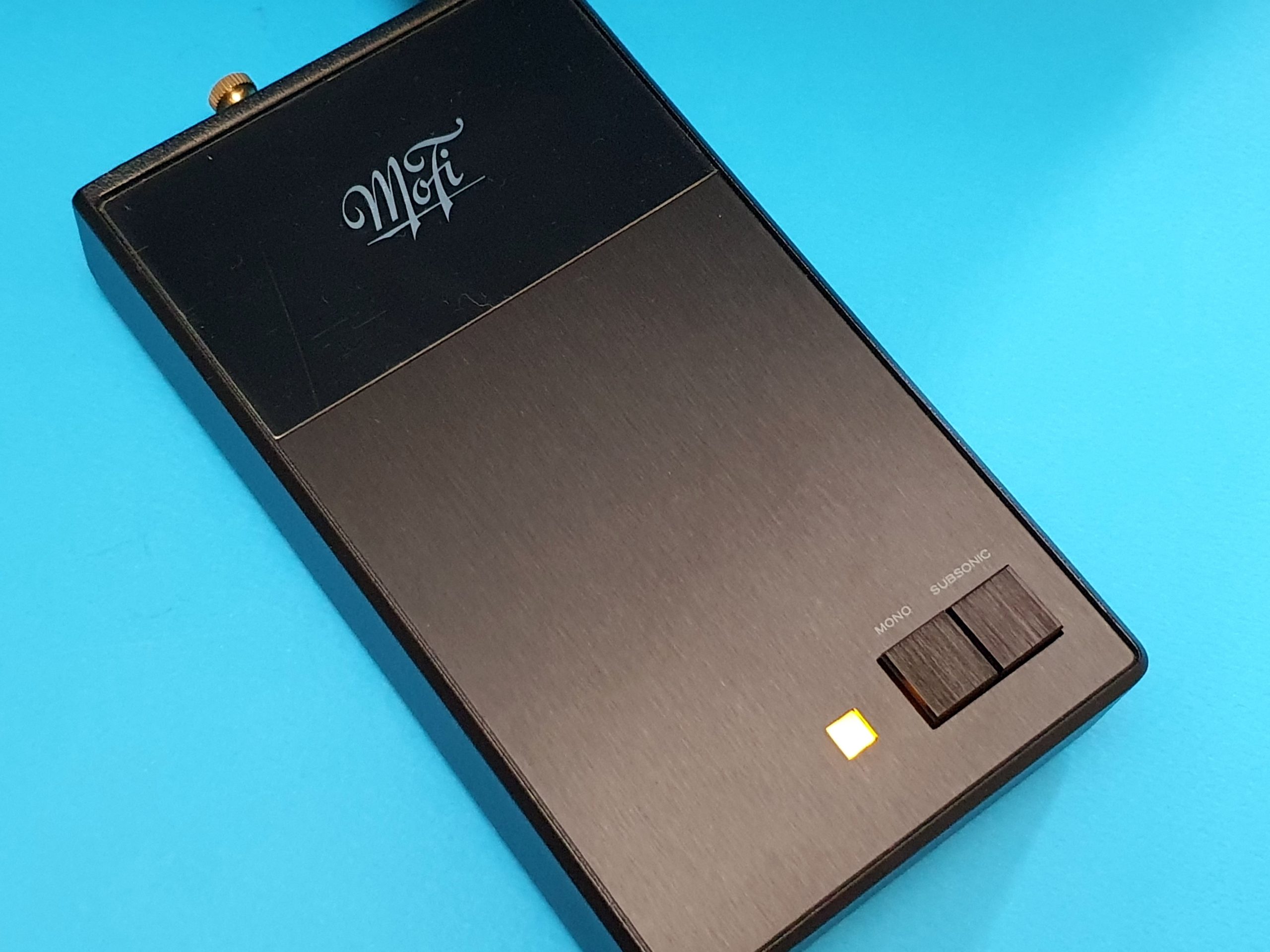 + Organic and detailed, full sound; glorious midband; no major sonic drawbacks to pick on for the price.
– Some may prefer an airier, more obviously dramatic presentation; no capacitance adjustments for the MM-oriented enthusiast.
Sound: 8/10
Value: 9/10
A guide to the ratings

WHEN it comes to music software sold on physical media, Mobile Fidelity Sound Labs (MFSL) has a sterling reputation for delivering superlative sound. They have also been discerning with the choices of albums they have chosen to re-release under license, these being subjected to their TLC processes to usually sound better than what we had gotten from the major record labels’ own output.

MFSL’s LPs, cassettes (yes, if you remember back that far) and gold CDs were not readily accessible or affordable to younger, less well-heeled budding audiophiles like me when I first started in the hobby back in the 1980s. Thus, it was always a treat to get invited to sit in when a hi-fi shop proprietor or his well-to-do customer brought out their treasured MFSL half-speed mastered albums to test the hardware in the shop.

Round about 2016, the current owners of MFSL decided to get into the affordable high-end home hi-fi hardware game. Among the products conceived for their new MoFi Electronics sister brand were several turntables, phono cartridges and two standalone phono stages, which are recently joined by their new loudspeakers. The cheaper of the two phono stages is the StudioPhono model, which is what we’ll be taking a look at here.

While manufacturing is done in the company’s own dedicated facilities in the United States, apart from the loudspeakers where they hired in a well known designer, MoFi Electronics looked to outside industry professionals to aid in the design of their products. In the case of the phono stages, since some of the hardware on the mastering side of MFSL’s operations had been done by the late, legendary Tim de Paravicini, it was only natural they had sought to have Mr de Paravicini involved in the design of the phono stage models.

The StudioPhono has its electronics clad in a lightweight low profile pocketbook-sized (9.5 x 3.2 x 16.8 cm (w/h/d)) metal casing with an external wall wart power supply. It comes only in black, to the best of my knowledge.

SETTING UP
The StudioPhono should present no real problems to the experienced vinyl listener as far as hooking up the requisite cables go. Input from the tonearm leads for the phono stage to do its thing, and output to the line input of a preamplifier (or integrated amplifier) are all via RCA jacks only, with a ground teminal sitting between the input and output jack pairs. A small multi-pin receptacle to plug the StudioPhono to its wallwart power supply completes the array of jacks found on the back of the unit. Build quality is good for the price, these jacks feeling solid and firm with nothing wobbling when inserting and extracting plugs from them.

The ability to tailor the electrical parameters toward being a near-ideal match for one’s chosen pickup is well catered for, and it’s here that things can get a bit complicated, especially for the newcomer. I figured the settings out quickly enough based simply on the instructions pasted to the underside of the unit, but the first-time user may find it confusing. To be fair, it was not any worse than some of the competition.

You may set the unit’s gain level to try to best match your cartridge’s output (between 40dB and 66dB in four steps) for lowest noise, and there is ample loading adjustment for moving coil cartridges (75 ohms to 47Kohms), leaving the unit at 47Kohms for the moving magnet variety. Input capacitance is not adjustable and is stated to be at 100pF. The little DIP switches on the underside of the unit can be set with the help of a sturdy sharp-ended toothpick.

On the top front portion of the StudioPhono are a small amber power indicator light and two push buttons which engage mono mode and a subsonic filter respectively. I don’t have many mono LPs and did use the function when playing them, but felt I seldom needed to engage the subsonic filter, which seemed benign to the sound produced by the unit when used. Those who like to leave their loudspeaker grills off and don’t want to see their bass drive units dancing disconcertingly while playing some of their records would probably cherish the inclusion of the filter more.

The unit does pick up hum if not properly placed, which I heard through my loudspeakers when I first temporarily sited it atop my preamplifier’s chassis. It also benefits from having some management of surface-borne vibration, where I placed some sorbothane feet beneath the unit, preferring not to rely just on its four tiny rubbery screw-in feet. Turning the wick up with no signal into the phono stage indicated a fairly quiet low level of internal hiss, certainly nothing to lose sleep over.

LISTENING
Coming to the StudioPhono from brighter, more overtly excitement-oriented units like the ADL GT40 reminded me of what it is like to switch initially say, to a classic Sonus Faber loudspeaker from something like a Triangle or Focal model. The sonic anchor point, if you will, noticeably shifts more centrally, and after a period of acclimatisation you ponder which you would appreciate more in the longer run if you find yourself being able to enjoy both approaches.

Further listening convinced me the delta in performance was worth paying the price over cheaper units like the Schiit Mani and the old ADL GT40, the latter sounding almost artificially etched and spotlit in comparison.

The StudioPhono had a mature demeanour and an almost creamy overall presentation, looking more to charm the listener than attract with dash and pizzazz (not that it can’t do the latter, if the music calls for it). The mids had solid presence, very good fine detail where texture and nuance of individual voices and instruments and separation opened up a significant gap over the cheaper phono stages I had on hand, yet could still sound weighty and full bodied, blending almost seamlessly into a treble which is crisp, airy and delicate without sounding pronounced.

This wonderful insight coupled with a good sense of tonal authenticity really draws one into the music much better than one would expect for a phono stage of this price. One really can appreciate the control and bowing technique of Vincent Berlanger playing the Bach Cello Suite No 5 in C Minor and the more realistic hi-hat taps along to the intro bass line in the Silver Convention’s Fly, Robin, Fly.

Bass was good and well timed, both plucked and bowed acoustic bass having realistic sense of trailing decay and kick drums had good power and extension. Overall, the soundscape created was fairly large with good depth perspective though not the airiness, width, space and spread-out feel as the much more expensive (first generation) Parasound JC3 I normally use. In my main system with the Spatial Audio M3 Turbos, the StudioPhono also couldn’t match the JC3 in terms of sense of attack and decay, and listening to Al Garth’s tenor saxophone on the old Glenn Frey chestnut I Found Somebody amply showed the difference between the two. The sense of palpable atmosphere on Lou Reed’s Beginning of a Great Adventure from his New York album was also clearly better on the Parasound. However, when these two were compared on a smaller more intimate system in a room of more modest dimensions, the gap significantly narrowed.

The StudioPhono is a unit which will make you question the need to spend more if you have say, an upper-mid level Rega turntable with a good MM or lower priced high-output MC cartridge and don’t really aspire to upgrade too high beyond this point. I felt that it was an ideal partner to my Denon DL110 and indeed gave very good results with a Ortofon X1 MCP, both well regarded high-output moving coils. When faced with a low output MC like the Denon DL103R, it had no problems with sufficiency of gain and ability to be configured to produce very good results with such cartridge. I would say a crisper, sharper presentation from the record playing hardware would better balance things toward a more exciting presentation as I preferred it in use with a Roksan Xerxes-RB251-Denon DL110 over my usual Linn LP12-Ittok-K18 Mk 2.

THE LAST WORD
What we have here is a really good performing and musically entertaining phono stage for the money. Its performance level and ability to handle a wide range of cartridges means it can be retained when you choose to level up on your LP playback hardware but may need to save before you can significantly improve on the phono stage.

There may be some who crave a more overt and exciting presentation in the context of their system characteristics and musical tastes, but I don’t think they’d be terribly disappointed with the StudioPhono, with longer term exposure letting them appreciate and be charmed by its strengths. Well recommended.