JAPANESE electronic giant Sony has never quite received the audiophile cred it deserved although it is, arguably, the most-recognised brand name in consumer electronics. How can one forget the role it played in driving the technology behind the hobby audiophiles are so passionate about?

Many will wax lyrical over its ES series of products, particularly those with the number “7” in them, and even more formed their first real attachment to an audio product in the form of the Walkman. More significantly, it was Sony, together with Philips, that developed the Super Audio CD (SACD) and the Direct Stream Digital (DSD) format back in 1999. SACD never really took off, but DSD is another matter, with many today saying it is the digital format that can once and for all render the whole digital-vs-analogue debate moot.

What the Sony UDA-1 high-resolution audio USB DAC stereo amplifier/SS-HA3 bookshelf speakers combo does, is bring this high-resolution format to the masses. Not only that, it opens up the world of computer audio playback to the user, all in a complete and relatively low-cost package. Yet, it can still catch the eye (or ear) of high-performance audio aficionados. 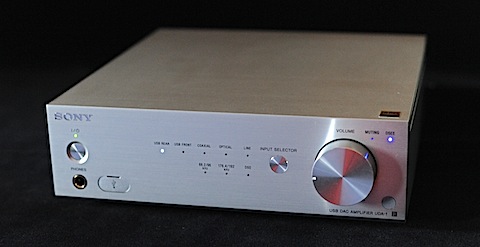 BITS AND PARTS: The SS-HA3 and UDA-1 are sold separately, but were designed to dovetail each other. They wouldn’t look out of place on a hi-fi rack, but are more suited for desktop use, paired with a desktop or laptop.

The SS-HA3 speakers are not the run-of-the-mill speaker types you see on electronic chain store shelves – these actually have decent specs! The cabinet is not mere chipboard (or worse, plastic) but made from aluminium. They are pretty compact at 231 x 150 x 232mm (h/w/d), and are well-built, inert and fairly hefty at 3.1kg. Connections provided are actual binding posts, not the detestable spring-clips you see on mass-market electronics.

The SS-HA3’s driver complement is notable. This is a two-way design, but features three drivers – a 100mm woofer and two 19mm super tweeters! The woofer-tweeter pairing on the front baffle is typical, but it also features an upward-firing tweeter. This makes perfect sense if the speaker is placed at desktop level, so the additional tweeter fires upwards, directed (more or less) towards the listener’s ear.

The feature list on the UDA-1 is much more extensive – it not only functions as a USB DAC, but packs an 23-watt amplifier on board as well! Its DAC section, as mentioned before, supports DSD and up to 32-bit/192kHz PCM! All this is packed into a compact, well-built chassis measuring 74 x 225 x 262mm (h/w/d), but is surprisingly weighty at about 4kg. 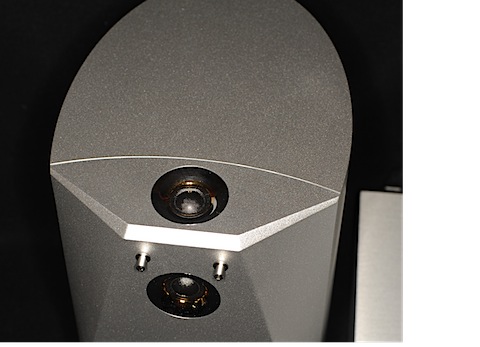 Its utility is enhanced by a wealth of inputs – three digital at the back (coaxial, optical and USB B), another USB port on the front panel for smartphones, as well as a pair each of RCA stereo analogue inputs and outputs. Also provided is an equaliser switch, dedicated for use with the SS-HA3 speakers – and is clearly labelled so – hefty speaker binding posts, an IEC power socket feature and there’s even a headphone output in front. 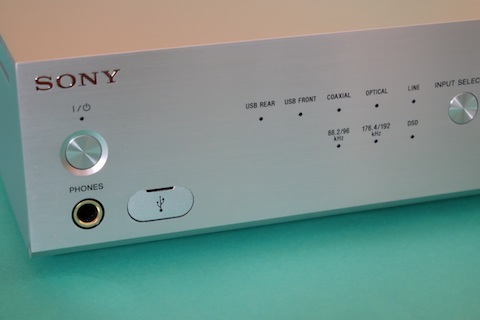 IN CONCERT: Setting up the UDA-1 in regular DAC guise is straightforward, but it gets tricky for computer audio playback (and for DSD). Fortunately, there’s a wealth of information available out there for PC users running Foobar2000.

Sony provides a brief guide here, but I found this much more useful. Dedicated drivers and Sony’s own Hi-Res Audio Player software for both Macs and PCs can be found here.

With the UDA-1 properly set-up and connected to the SS-HA3, the entire listening period went by without a hitch.

Initial impressions were that the combo sounded clean and clear, with a relatively balanced sound. There’s plenty going on right from the bass (which has good weight), through to the midrange and highs. Vocals in the midrange had good presence, there was good extension in the treble, with decent levels of detail. More importantly, it had a non-fatiguing sound that made me want to pipe as much of my DSD collection through it as possible. 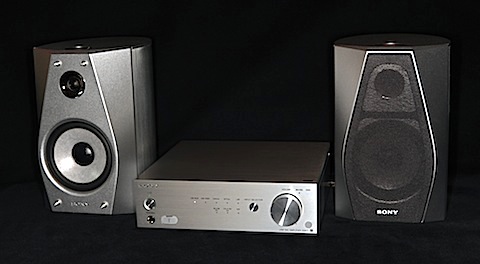 Its delivery of orchestral music a la Mahler and Shostakovich was commendable, with a lush sound, and little veiling of the music. Michael Jackson’s Thriller album had plenty of drive, and it sizzled with the searing guitars of Beat It and booming bass from Billie Jean.

However, when put though the wringer, things start to unravel a little. Give it some hard driving rock music such as the Led Zeppelin remasters, with the volume knob turned up, and the combo starts struggling to keep up, losing some dynamic verve and its grip on the bass. Things started to get a little shouty at the top as well.

True, 23 watts of power isn’t all that much, but I didn’t think the SS-HA3 would present too much of a load. Things opened up with Monitor Audio Bronze 1 speakers in place, with slight gains in tonality, presence and control.

Also, in a pinch, the UDA-1 will drive full-sized cans. It worked worked well enough with the Goldring DR150 headphones – though I’ve heard it sound better, this was enough to deliver satisfying performance levels.

APPLAUSE: There’s a lot going for the UDA-1/SS-HA3 combo – especially when you consider the high-res formats it can handle, which is, well, everything commercially available right now. Factor in the more-than-decent overall performance, and you’ve got one heck of desktop audio system that is future-proof – at least, until some other new digital format decides to emerge. Which is unlikely in the foreseeable future.

BUT…: For its price, there’s little to fault the UDA-1, but the SS-HA3 isn’t exactly the final word in fidelity.

FINALE: The UDA-1’s star here shines brighter than the SS-HA3, and within its limitations, is a great piece of gear. Together, the combination makes a lot of sense as a desktop system, but may not tick all the boxes in a traditional audiophile setting. If you’re looking for something to liven up your work desk, I can’t think of anything better.