FAMILIAR with the “middle-child syndrome”? The oldest sibling in the family is the over-achiever and the youngest gets all the attention. The middle-one, however, lives in the shadows and ends up being the loner… and sometimes, the most creative. Since its release a few months ago, the Rega Elex-R integrated amplifier has been exactly that – in the shadows of its siblings.

Rega’s entry-level amp, the Brio-R, has received much acclaim in the past couple of years while the costlier and more recent Elicit-R can be considered the best of the “Elicit iterations” over the past two decades.

The original Elex from the early 1990s was a great little amp when pushed, but it didn’t set the scene alight. More than two decades later comes a version with remote operation and, one would assume, little resemblance to its predecessor. The important question – will the Elex-R turn out to be the “hidden gem” in the Rega line? Let’s find out… 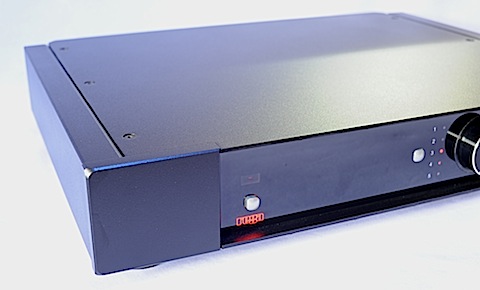 BITS AND PARTS: Getting this off my chest first – I spotted something I didn’t like right away – the square power button on the shiny front panel wasn’t perfectly aligned. We all have our pet peeves and I hate it when things are not as symmetrical as they should be. Closer inspection when I was photographing the amp revealed the edges of the top and bottom plates to have rough surfaces. So, no prizes for fit, although the finish is impeccable.

Inside the full-sized amp is a large transformer that allows the Elex-R to dish out 90 watts per channel into six-ohm loads and 72.5 into eight ohms (113wpc into four ohms) … quirky, but that’s Rega.

Four line outputs are provided, and a phono section (MM), along with a set each of preamp and record outputs. Nothing for headphones, though… you have to look at the Ear head amp for more intimate sessions.

A remote handset is included (of course), with which you can select source, adjust the volume and mute the amp, and use with Rega digital sources.

According to Rega, the Elex-R incorporates a combined feedback and passive volume control to ensure channel levels are properly matched and the noise level is low.

There’s an enhanced power supply for the driver stage and Rega describes the Elex-R as a hybrid of the Brio-R and Elicit-R designs. Cosmetically, the Elex-R bears superficial resemblance to the Elicit-R – for a source match, the closest thing is the Venus CD player, but that’s a China-market version of the Apollo-R. 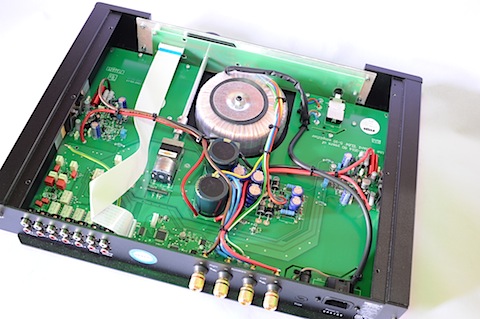 IN CONCERT: Having reviewed the Elicit-R not too long ago, I’ll give you a quick first impression – poles apart. While the Elicit-R sounded dull initially, the Elex-R had me smiling immediately with its lively and full-bodied approach.

Over the weeks, this first impression of the Elex-R was consolidated – once run-in, the bigger amp sounded fast, clean and finely detailed but the Elex-R was more exuberant and punchy, if delving less into the minutiae or micro-detail. What of the shoe-box sized Brio-R, you ask? From my recollection of the smaller amp, it’s more cheerful and perhaps more forgiving – I see the Elex-R as a perfect blend of the resolution of the Elicit-R and the visceral nature of the Brio-R.

The Elex-R had little difficulty driving my Maggies – indeed, the harder I pushed, the further the amp was willing to go, its rhythmic nature and taut lows only straining when driven too hard with bass-heavy tracks. Otherwise, the amp sounded smooth and open, and never in trouble transcribing a variety of musical genres – it rocked, it crooned and it breathed easily, with none of the weaknesses I’ve heard in some amps of its class. Whether it was Dire Straits, Patricia Barber or Lang Lang, this amp exhibited impressive agility and an ability to get to the essence of the music with no fuss. I seldom had to push it past the mid-way volume position. 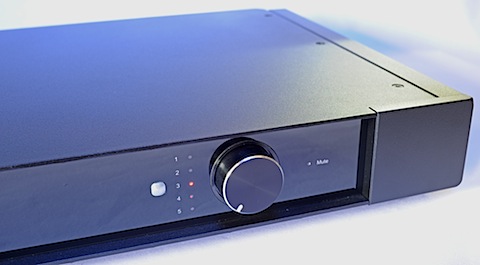 When I switched to a dynamic loudspeaker that was less demanding on the amp, the Elex-R slid smoothly into cruise mode. My Pioneer A400 (possibly one of the best budget amps of the 1990s) is as musical, detailed and punchy as any amp costing as much as the Elex-R does today but the newer amp had the measure of the older one in terms of bass control and depth, outstripping it significantly in these areas.

There’s detail and fine resolution aplenty to be had from the Elex-R but there are amps that are more analytical and there are solid-state amps that are perhaps silkier and rosier. The Elex-R mostly tells it like it is, and provides ample drive and rhythm to get the feet tapping. It sounded full and well fleshed out – none of the lean, mean machine thing here. It is weighty without being heavy-handed, musical without glossing over detail.

What about the phono stage? Impeccable for MM, but you wouldn’t expect it to be anything else, given Rega’s expertise in the field. Here, it is punchy, well-detail and captivating, perhaps with a slight suggestion of warmth. No complaints, really.

APPLAUSE: There’s little not to like about the Elex-R… it enthralled me from the very first notes and the magic never diminished through the time I had it, whatever the speaker and whichever source, analogue or digital. The French have a phrase – joie de vivre – that perfectly describes the vibe I always felt with this amp.

BUT…: Sound-wise, nothing, but I was less than thrilled at certain elements of the build quality.

FINALE: So I was asking in the beginning – is Rega’s “middle-child” amp the hidden gem in its repertoire? Yes, in a word. The Rega Elex-R punches spectacularly above its class. If you’re looking to upgrade from the entry level or are building a modestly-priced high-end system, the Elex-R is a good starting point. Highly recommended. This is one amp I would buy.