DURING these times of cost-cutting and product rationalisation among the big Japanese names, it is a relief to see Yamaha continue to plough the audiophile trail with its “S” series of hi-fi components.

Introduced a few years ago, the line caters to various budgets and includes integrated amplifiers and CD players, the latter very heartening given that some key manufacturers are abandoning the format. 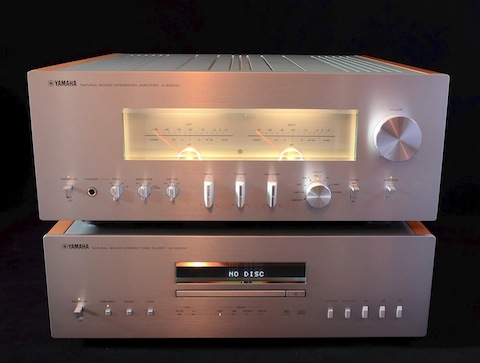 BITS AND PARTS: Befitting their flagship status, both units are designed and built to a high standard and impressive specifications, and the wood side panels add a touch of elegance.

The A-S3000 amp, a low-impedance balanced design that uses Mosfets in the power stage, has a copper-plated chassis with rigid anti-vibration protection. Signal routes are minimal and the large toroidal transformer is mounted with an independent three-dimensional inner frame. The top plate of the amp is a 6mm think non-magnetic aluminum panel.

Power output is rated at 90 watts into eight ohms, 145W into half that, with enough reserves (up to 290W) to drive two-ohm loads. This may seem conservative, the amp showing little discomfort driving my Maggies… we know it’s not all in the numbers.

Two sets of balanced inputs are provided and another four pairs of single-ended ones, plus an MM/MC phono input. Interestingly, the XLR inputs allows for -6dB of attenuation and phase inversion. One line input also has a record out, and you also get a preamp output (if you want to hook up a subwoofer) and main input (if you want to use just the power section). Two sets of speakers can be connected to the A-S3000. As you can see, there is no lack of source connectivity even as the A-S3000 appears to champion an old-school approach. 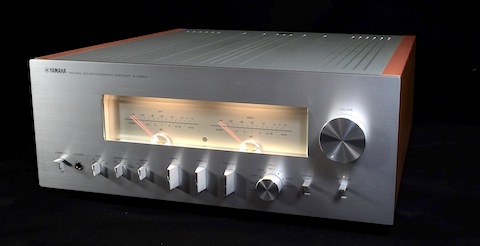 The front panel is highlighted by a pair of well-lit VU meters that indicate output level. While the retro touch is appreciated, I found the lights to be too bright and distracting at times. In a darkened room, these meters may dominate all else!

Along with an output for headphones (with four trim settings), controls are provided on the front for speakers, meter setting, bass, treble, balance, source selection, volume, phono MM/MC selection and mute. 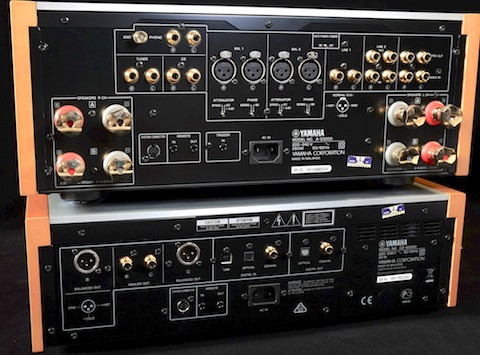 Meanwhile, the CD-S3000 is a multi-tasker – an SACD/CD player and additionally functioning as a digital centre via its digital and USB inputs – only a preamp section is absent.

At the heart of this player is the 32-bit Sabre ES9018 digital-to-analogue converter chip from ESS Technology, working with a high-precision CD transport that’s heavily anchored to improve vibration control and increase precision in reading the signal.

According to Yamaha, the D/A converter was selected for its high-precision processing and ability to handle large amounts of audio data.

“Since it is constructed with the master clock inside the D/A converter, it is also features an original Jitter Eliminator function, permitting D/A conversion with extremely low impact of clock jitter. Moreover, an eight-channel D/A converter is housed inside the chip, and applies double differential operation using four-channel D/A converters on the right and left sides respectively. It delivers exceptional high performance and high-quality signal output with superior signal to- noise ratio, since it employs an analogue signal processing circuit with balanced configuration,” says the literature.

The digital and analogue circuits of the CD-S3000 are independently configured, with integrated power supplies for the boards. A single-stage configuration I/V conversion circuit allows direct analogue output. The Pure Direct Mode claims to further enhance the quality of analogue sound.

Apart from optical and coaxial digital inputs, the CD-S3000 also has a USB DAC section – you have to download the ASIO 2.3 Yamaha Steinberg USB driver to access this.

The front panel is sparse – apart from the transport controls, there’s the Pure Direct button, source selector (disc, USB, optical, coaxial) and layer option for SACD (an indicator shows which layer is playing).

Balanced and single-ended outputs are provided, along with optical and coaxial digital outputs.

Both the A-S3000 and CD-S3000 come with slim and well-equipped remote control handsets, and detachable power cords. 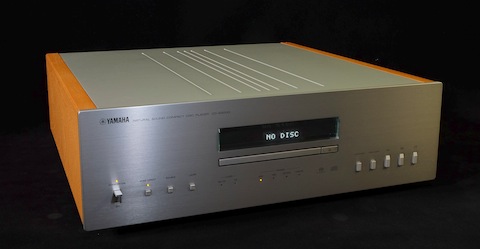 IN CONCERT: Given Yamaha’s pedigree, I had expectations… and I was not disappointed. As a combination, the pair impressed from the start with a deeper soundstage than my resident source-amplification combi and a level of refinement that’s typical of the Japanese approach. Acoustically dominant recordings – jazz, folk or classical – were rendered with great finesse and attention to detail, depth of sound field, and timbral/tonal accuracy. That’s the forte of this combination… telling it like it is, in fact, no matter the music.

There was authoritative grip on the bass, and the amp showed itself to be capable of handling the demands placed by the Maggies. Further up, there was no masking of the mids or treble with any suggestion of warmth or valve-like attributes, yet, there an an organic wholeness to the presentation that’s pleasing to even fussy ears.

The difference from my Odyssey-Ayon combination? My system possesses more urgency and drive… they are more immediate, while the Yamahas’ approach is more languid and relaxed. Yet, the duo held firm through challenging material in the context of dynamics and resolution, even if giving a bit away to the resident system in attack.

When I fitted the CD player into my main system, I found it to synergise well… it wasn’t as forward as the resident Ayon, but micro detail and space there were a-plenty, with a clarity and focus to put some competitors to shame.

Again, the in-house values of neutrality and refinement were obvious, and the CD player sounded sophisticated and polished, with a USB DAC that wasn’t left behind by the Chord Hugo – with my computer hooked up and playing some high-resolution downloads, the CD-S3000 showed itself to be an extremely communicative and coherent machine.

The amp’s phono stage didn’t throw up any surprises – it’s well-balanced and expressive, and deserves a higher end turntable than it is likely to end up being paired with… sadly.

Overall, the Yamaha combo showed itself to be well thought-out components – musical without being ruthless, and accurate without sounding clinical or lean. There’s an inherent organic nature to the amp that will tempt retro-philes, while the player should be on your short-list if you’re looking for one at the price range.

Note that I stuck with balanced connections between the amp and player. 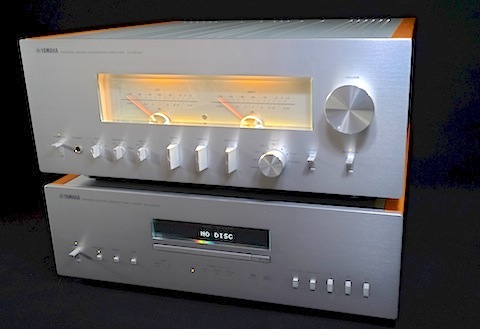 APPLAUSE: Make no mistake about this, the A-S3000/CD-S3000 is a very capable combination sonically and in the context of specifications – I really can’t think of anything else to ask from the amp or player (although a preamp section would have made the CD-S3000 even more versatile).

BUT…: It’s the branding… audiophiles are inherently snobbish and the asking price could almost buy you something with “Western” pedigree. Their loss, though.

FINALE: The star of the show, for me, is the CD-S3000 because it functions like a digital hub and is a more attractive proportion price-wise – I don’t see many things that are better in this range.

The S-A3000 is a sterling performer, yes, but that money will also get you other stuff that may be better wired up for the future.

As a combination, though, they’re well synergised and deserve a full recommendation.