AUDIOPHILES may be loath to admit it, but a large part of the hobby is traversing along the gear upgrade path. Arguably, the most exciting period for this is during the fledgling phases of the hobby – tremendous gains in quality are attained when moving from a budget component to a better piece of gear.

The choices available to the audiophile newbie today are amazing – there is a plethora of amazing gear on offer at very affordable prices. Among them, undoubtedly, are SVS’ Prime series of speakers, including the Bookshelf model being reviewed here.

I had reviewed SVS’ top-of-the-line Ultra Bookshelf speakers previously, and the Prime is said to have substantial trickle-down design and technological cues from its flagship line. So at half the cost of the Ultra, does the Prime only perform half as well? 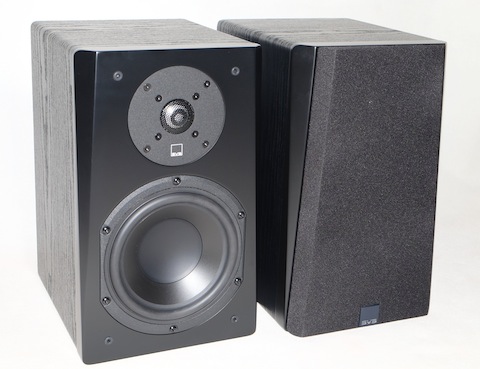 BITS AND PARTS: The Prime speakers have much in common with the Ultra. They share the same design cues, but the Prime is smaller in size at 33.5 x 20 x 24 cm (h/w/d) and weighs 7kg (roughly 20% smaller and lighter).

Build quality is excellent, with an inert cabinet which yields a dull “thump” from the old knuckle-rap test. How good it actually looks, is very much dependent on the choice of finish – the black ash real wood veneer with its visible grain is a bit mundane, but the high-gloss piano finish is drop-dead gorgeous. It does, however, come with a cost – about US$100 more – but in my mind, a premium worth paying. It will take a bit more effort to keep the gloss finish in prime condition, but the matte black ash finish doesn’t show off its chamfered front baffle as nicely.

A two-way design, the Prime sports a one-inch (25 mm) aluminium dome tweeter and a 6.5-inch (165 mm) polypropylene cone mid-bass driver. SVS says it has optimised the performance of the drivers with its SoundMatch crossover network, similar to that used in the Ultra.

On the back panel sits the bass port and a single pair of binding posts. There’s a definite compromise in the quality here to keep costs low, but is functional enough for all intents and purposes. The sum of these parts gives the Prime Bookshelf a frequency range of 48Hz to 25kHz and a sensitivity of 87dB. 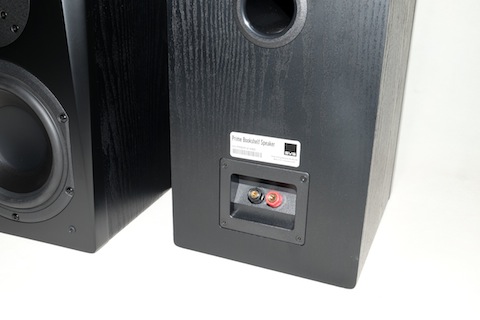 IN CONCERT: Listening to the Prime, I had to keep reminding myself that this was essentially an entry-level speaker. Expectations were adjusted, but it was doing things I’d never expected of a speaker at this price point.

Upon unboxing, the pair went straight into the resident system. The pre-power amplifier combination may have had more resolving power than the Prime needed, but the speakers did not sound out of place fronting such a rig. Words that kept coming to mind were neutral, balanced and detailed, something not normally expected from entry-level speakers which sometimes boost presence in the mid/bass region, making them sound bigger than they actually are – that was not the case here.

Just like I did with the Ultra, I cued up Nirvana’s In Utero 20th anniversary 45RPM vinyl. The Prime responded and rendered the raw emotion in the recording with aplomb. I wasn’t expecting thunderous bass from the Prime given its size, and what low-end response heard was fast and precise. While not reaching to the extreme lows, it never sounded overblown and always stayed in control – those who want more bottom-end can always pick one from SVS’ extensive line of subwoofers.

While the Prime is a fine speaker for rock, it was equally comfortable with all music genres. Recently, I’ve been in a folk-rock/pop listening phase, and it did great justice to the Joni Mitchell, Cat Stevens, Van Morrison, etc., tunes on rotation.

The Prime also had good treble extension and stayed on the civil side of things, except when pushed really hard. It managed to bring out loads of detail and transparency, giving great insight into each recording. It also had a very communicative midrange, and those with a penchant for those throaty female vocals won’t be disappointed. Perhaps it will not be as smooth as higher-end gear, but you’ll have to shell out a lot more dough to get that. 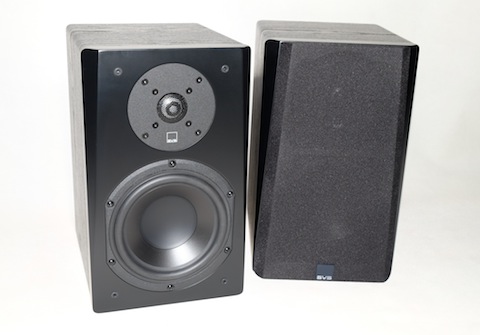 The Prime was also ace at giving a broad soundstage – in terms of both width and depth – as well as precise imaging. In fact, this is another one of its outstanding traits, and was always able to paint a convincing portrait of the music.

Compared with the higher-end Ultra, the Prime does lose out in terms of detail, transparency and finesse, but not by much. Far from being a criticism, it’s actually a compliment that I’m judging them by higher-end standards.

The Marantz integrated amp was also able to drive the Prime well, reaching prodigious volume levels easily. In that configuration, it was used for mainly for home theatre duties, for which the Prime is equally at home, if not more so. Those who want to go the whole hog can pair it with matching floorstanders, satellites and subwoofer (or two) from the Prime line and get a kick-ass multi-channel system in the process. 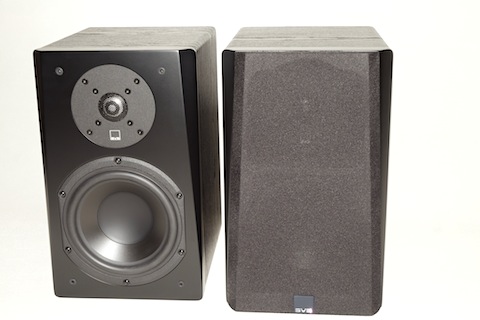 APPLAUSE: Even without its affordable price taken into consideration, the Prime is a great performer in its own right. It is sturdy and well-built, looks great and has all the traits that an audiophile can reasonably expect from a speaker this size.

BUT…: Quite frankly, there isn’t much to criticise as it outperformed all my expectations sonically. If at all, I would have liked the ability to bi-wire the speakers and perhaps some higher-quality binding posts.

FINALE: SVS has come up with a winner here. In a world of rising costs, it is heartening to know that there is still great value available. Those with a budget system looking for an upgrade – and perhaps even those building their first system – shouldn’t have to look too far beyond the Prime. Recommended.