WHEN one is a jack of all trades, inherently one is saddled with a master-of-none suspicion. In the case of a computer’s Universal Serial Bus (USB) connector, there is nothing masterful about it when used in the context of transmitting data for high-end audio devices, a role for which it was not specifically optimised.

Sure, it’s dandy for printers, mice, hard drives, memory sticks etc, but USB connection ties computer power supplies, grounds and noise to the connected device – an unimportant fact for a printer, sonically degrading for a sensitive DAC. PS Audio has come up with its solution for these problems – LANRover.

LANRover is inserted between a computer’s USB output and a DAC’s USB input. It claims to provide 100% galvanic isolation while regenerating new jitter-free audio data for the first time. It buffers and re-times packets of audio data, and allows the use of a LAN, rendering USB’s five-metre limit irrelevant. Computer noise and jitter are claimed to be eliminated, along with all other USB issues.

How does LANRover work? The first of the two devices connects to the USB output of the computer or server, and removes timing, noise, jitter, ground, and power supply voltages from the computer, and generates a new, individually-packetised data-stream. Unlike USB audio packets, the new data is in a different format, one that is claimed to be free of USB’s shortcomings. Data is regenerated in a new form and sent over a Cat 5 cable to the second device on the DAC end.

PS Audio advises that there are two ways to take advantage of LANRover’s capabilities. First, as an isolation regenerator between the computer and DAC – existing computer/server applications employing USB cable connections, commonplace in high-end audio rooms, will benefit from rebuilding the critical interface with LANRover.

Second, if the computer is in another room and a wired home network is in use, it is easy enough to plug the regenerator/transmitter near the computer into the home’s network router. 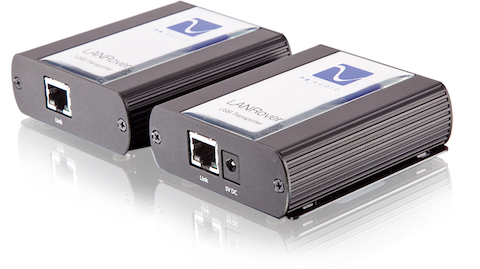 LANRover is capable of transmitting PCM up to 352kHz and double rate DSD and works with any DAC and any computer or server, requiring no additional software and is Windows, Linux and Mac compatible.

The manufacturer’s suggested retail price of LANRover is US$599.